Members of Tennessee congregation tell president, governor and U.S. senator about their efforts to serve the hurting.

Standing amid rows of boxes bearing the words “Churches of Christ Disaster Relief Effort,” President Donald Trump talked Friday to survivors of this week’s tornadoes in Middle Tennessee and expressed sorrow for the victims.

Trump visited the gym of the Jefferson Avenue Church of Christ in Cookeville, which church members converted into a relief center just hours after an EF-4 tornado tore through their community 80 miles east of Nashville about 2 a.m. Tuesday.

We're grateful for the prayers and support of our neighbors after a very hard week for Middle Tennessee. Thank you, @realDonaldTrump for making the trip to survey storm damage in our state.

The twister claimed 18 lives in the Cookeville area — including at least eight people with ties to the city’s two dozen Churches of Christ. In all, 24 Tennesseans died in the storms that included an earlier EF-3 tornado in the state capital.

Rick Gilbert, a deacon who guided Trump on a tour of the relief center, said the president asked him if the church had lost any of its members to the storm. Yes, Gilbert told him. Hattie Collins, the 4-year-old daughter of the church’s former youth minister, had died. 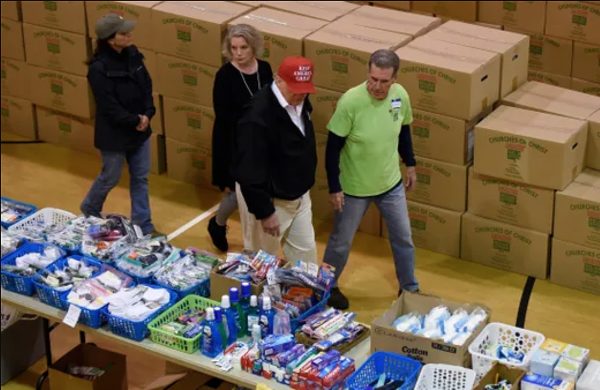 “He was touched. He was really touched,” Gilbert told The Christian Chronicle in a phone interview. “He said, ‘I’m sorry.’”

Trump visited the Church of Christ relief center for about 45 minutes, Gilbert said. It was part of a Friday tour of storm-damaged locales in the Volunteer State. In Cookeville, he was joined by Tennessee Gov. Bill Lee and U.S. Sen. Lamar Alexander.

At least 400 homes in Cookeville were damaged by the storm, said Gilbert, who is disaster relief coordinator for the church. He talked the visitors through the process the church uses to obtain the relief supplies — including a truckload that came from Nashville-based Churches of Christ Disaster Relief Effort Inc. — and distribute them to storm victims.

The visit required Secret Service agents to secure the church’s facilities. The agents arrived three days prior to the visit, Gilbert said, and stressed that they did not want to disrupt the church’s relief work any more than necessary.

The agents made a thorough sweep of the church gym, using bomb-sniffing dogs and metal-detector wands, Gilbert said. Still, the church managed to serve five families affected by the storm just before and during the presidential visit, he added.

Gilbert presented Trump with a Churches of Christ Disaster Relief T-shirt and hat. He also asked the president to keep the people of Middle Tennessee in his prayers — and to do whatever he could for them at the federal level.

“He told me ‘We’ve got everything signed,’” Gilbert said. On Tuesday, the president declared a major disaster in Middle Tennessee, making federal funding available to those affected in the counties of Davidson, Wilson and Putnam, which includes Cookeville.

The Jefferson Avenue church, which has a Sunday attendance of about 575, is just beginning the process of helping its community recover from the devastation, Gilbert said. With schools in the area closed, the church’s teenagers and their friends turned out in full force to help the church set up for the long days ahead.

The Jefferson Avenue congregation is the occasional church home of Cookeville’s U.S. Rep. John Rose. The Republican congressman’s district voted 69 percent for Trump in the 2016 general election. In a Twitter post Thursday, Rose urged any storm victims needing food, clothing or basic supplies to stop by the Jefferson Avenue church.

If you are a victim of the tornadoes and need food, clothing, or basic supplies, please stop by the gymnasium at Jefferson Avenue Church of Christ between 9:00 AM and 8:00 PM. Address: 521 S Jefferson Ave, Cookeville, TN 38501 pic.twitter.com/rvZOm4gnu9

Addressing the media, Trump thanked the church members, relief workers and first responders for their efforts.

“Even all of this — Churches of Christ — tremendous amounts of food and goods, and it all came within a matter of hours,” Trump said. “So it’s a case study — a case study of what should be done and how it can be done. It’s Tennessee.” 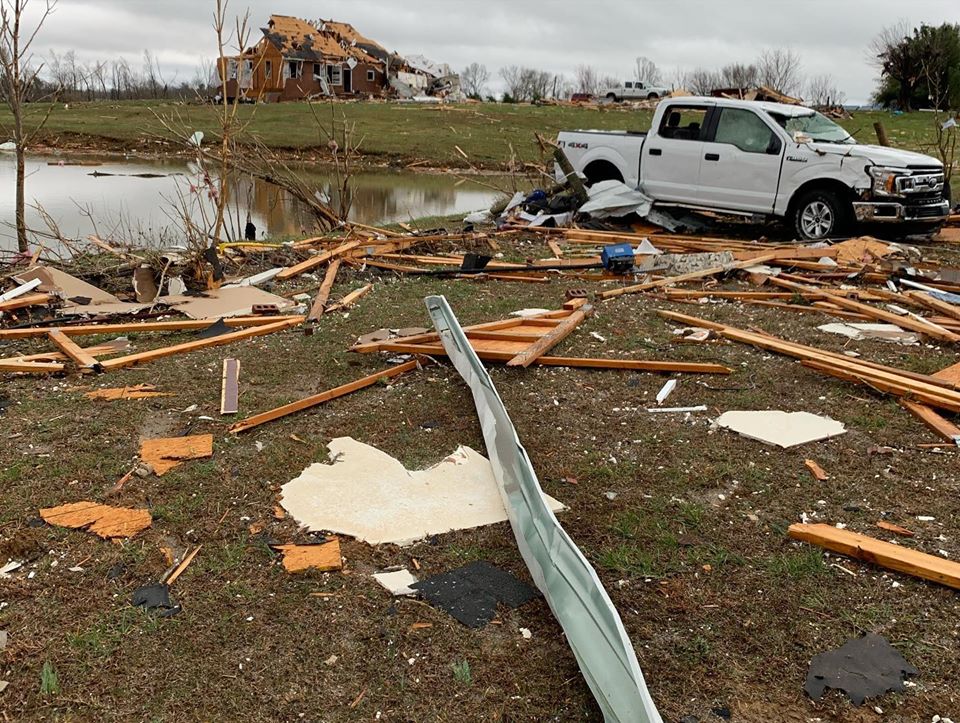 The days are starting to run together for those at…