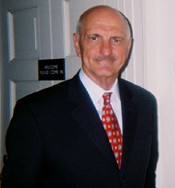 Staff
Prentice Meador, a nationally known minister, author and speaker who held the Batsell Barrett Baxter Chair of Preaching at Lipscomb University in Nashville, Tenn., died Nov. 25 after a brief illness. He was 70.
Meador completed 19 years as senior minister at Prestoncrest church of Christ in Dallas in 2007. He and his wife, Barbara, worked with Churches of Christ in Tennessee, Illinois, California, Washington, and Missouri.
In 1992, Meador became managing editor of 21st Century Christian magazine. Meador earned his bachelor’s degree from Lipscomb University in 1960 and his master’s degree and doctorate from the University of Illinois in Urbana in 1961 and 1964, respectively.
His teaching career included stints at UCLA, the University of Washington, Missouri State University and Abilene Christian University.
He is survived by his wife, three children and their spouses and 10 grandchildren. Funeral arrangements are pending.
For updated information, please visit the family’s prayer Web site. Additional information is available here.