Preaching in paradise: Bringing Christ to the Bahamas no day at the beach

Erik Tryggestad
NASSAU, BAHAMAS — In just a few weeks thousands of tourists will flood the beaches of this Caribbean city, dipping their toes in the crystal blue water and dropping their change into the slot machines lining the hotel walls.
Few will see the real Bahamas, a nation of about 321,000 people who face problems including poverty, a rising crime rate and a tide of illegal immigrants from its strife-torn neighbor, Haiti.
Nor will they see the vibrant, growing churches of Christ spread throughout the archipelago of 700 islands.

The tourist industryemploys about 50 percent of the Bahamas’workforce, but it also distracts church members from the notion that the countryhas people in need of a savior.

“People laugh whenyou talk about being a missionary in the Bahamas,” said David Caskey, wholoads his single-engine airplane with Bibles and hops from island to island,helping young churches. Locally he’s known as the “Flying Preacher.”

Since the firstBahamian convert was baptized 58 years ago, churches of Christ on the islandshave maintained close ties with churches in the United States.

In recent years thecongregations have launched their own missionary efforts, developing nativepreachers and establishing new churches. Bahamian ministers say that findingmanpower to match churches’ evangelistic zeal is a challenge.

“We have a lack ofcommitted men here in the Bahamaswhen it comes to the work of the Lord,” said Jason Quashie, minister for the Marsh Harbourchurch on the island of Abaco, which averagesbetween 40 and 50 people each Sunday. “We need to develop spiritually sound mento take up the leading role in the Lord’s church.”

The father and sonhave conducted about 40 interviews and many hours of research to compile a184-page history of churches of Christ in the Bahamas. Both are members of the Highbury Parkchurch in Nassau,one of the oldest congregations on the islands.

“We thought that itwas a compelling history,” Chris Curry said, adding that churches of Christ are“the best-kept secret of the Bahamas.”

The first knownBahamian convert was Carl Strachan, who was baptized in Minnesota in 1948 while working as a farmlaborer on contract. A few years later minister Benny Morton traveled to theislands and established roots for the church on Eluethera. He baptized WilliamMiller in 1954 and maintained a close relationship with the new Christian.

Morton still has theletter that Miller wrote him asking to be baptized more than 50 years ago. InJuly 2005 Morton presented a framed copy of the letter to Miller, now one ofthree elders of the Highbury Park church, on his 70thbirthday.

Caskey, a formermissionary to Africa, heard Miller speak at alectureship about 30 years ago.

“He kept talkingabout a nation with 700 Islands … and the needto evangelize,” Caskey said. “We fell in love with the people and the challengeof reaching a nation so scattered.”

Caskey and his wife,Dinah, coordinate Bahama Mission, an outreach of the GulfCoast church, Fort Myers, Fla.

Since they began the“Flying Preacher” ministry in 1981, distributing Bibles and study materials tochurches in the Bahamas,they have seen churches of Christ increase from three to 12. The congregationsare known around the islands as “the people who give away New Testaments,”David Caskey said.

The islands’proximity — about 100 miles from Miami— allows Bahamian Christians to interact with their supporting congregations.

“Sometimes we’vetaken as many as 50 people,” she said. “You go for the beach and the sun, (butalso) for the fellowship.”

Wyche said she andher husband have participated in door-knocking campaigns in the Bahamas.Bahamian Christians also make reciprocal trips to Miamiand worship with the Liberty City church.

It’s a bright andsteamy Bahamian afternoon as Andrew Major drives through the neighborhood nearthe Central Church of Christ, where he ministers. He points to a row of small,simple houses. He’s visited each at least three times, listening to theirresidents’ problems and needs and studying the Bible with them.

He makes sure alwaysto end with a prayer. “I learned this from Dr. William Miller,” he said.

Major’s reputation asa door-knocking, praying evangelist gets around. Once a lady asked him to prayfor her new car.

He studied the wordsof Martin Luther King Jr. and Fred Gray, a church of Christminister who worked closely with King during the civil rights movement. Grayemphasized the need to change society by reaching its young people. Majorearned a master’s in education from PepperdineUniversity, Malibu,Calif., and returned to the Bahamas toteach social sciences for grades seven through 12.

When he’s not workingfor the public school system or preaching, Major oversees a new Christianpre-school, the first of its kind in the Bahamas, set to launch inSeptember. He hopes that increasing educational opportunities in his homecountry will combat the problem of “brain drain.”

“We have sent severalfolks to the United States— and they don’t come back,” he said, adding that his church is struggling tofind a youth minister.

In recent yearsBahamian churches have launched their own mission initiatives, Chris Currysaid, and an increasing number are emphasizing the need to produce nativepreachers.

Churches in the Bahamas also have gained a sense of identity aspart of the larger church in the Caribbean.Curry credits the Caribbean Lectureship, founded in 1971 by then-missionary toJamaica Ken Dye, with fostering this sense of community.

But ministers in theBahamas — especially those on the less-populated islands — continue to valuesupport from North American churches. This summer members of the Ringgold and Rossville, Ga., churcheswill travel to the Bahamasfor the third Exuma Christian Youth Camp. Stephen McQueen, minister for theExuma church, said more than 100 school children will participate in the camp.

“Partnership withsister congregations must reach beyond the physical boundaries of the Bahamas to include congregations in othercountries such as the U.S., Canada and — when and where possible — the Caribbean,” McQueen said.

After years ofserving alongside Bahamian Christians, Caskey described them as “a proud,dignified people.”

“With encouragementand some help (they) will be very active in reaching their own.” 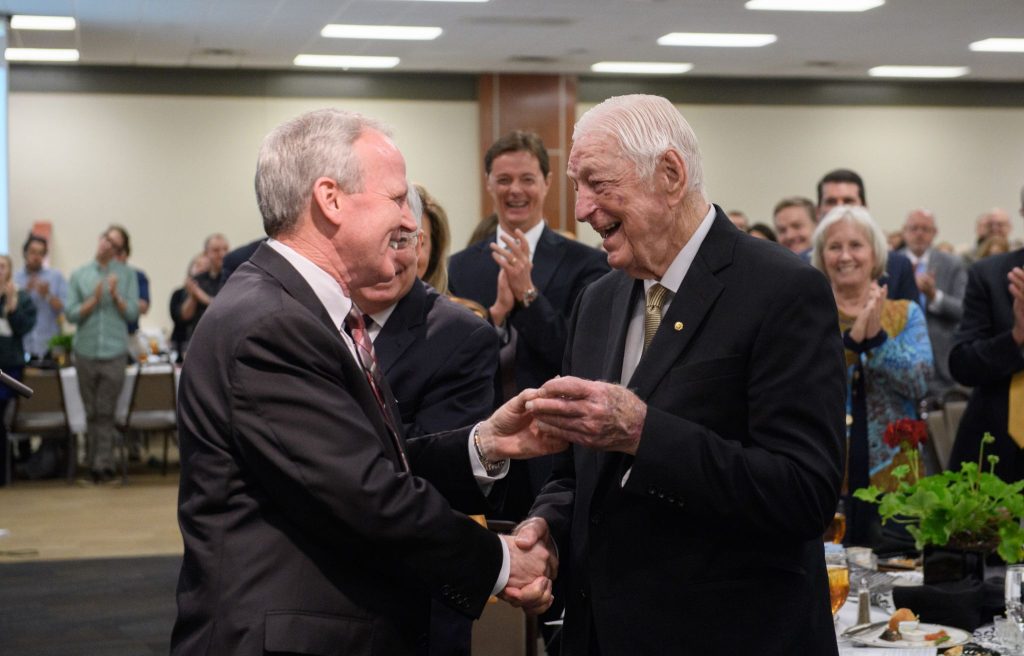 His passport looked like a pocket-size New Testament, thick with…