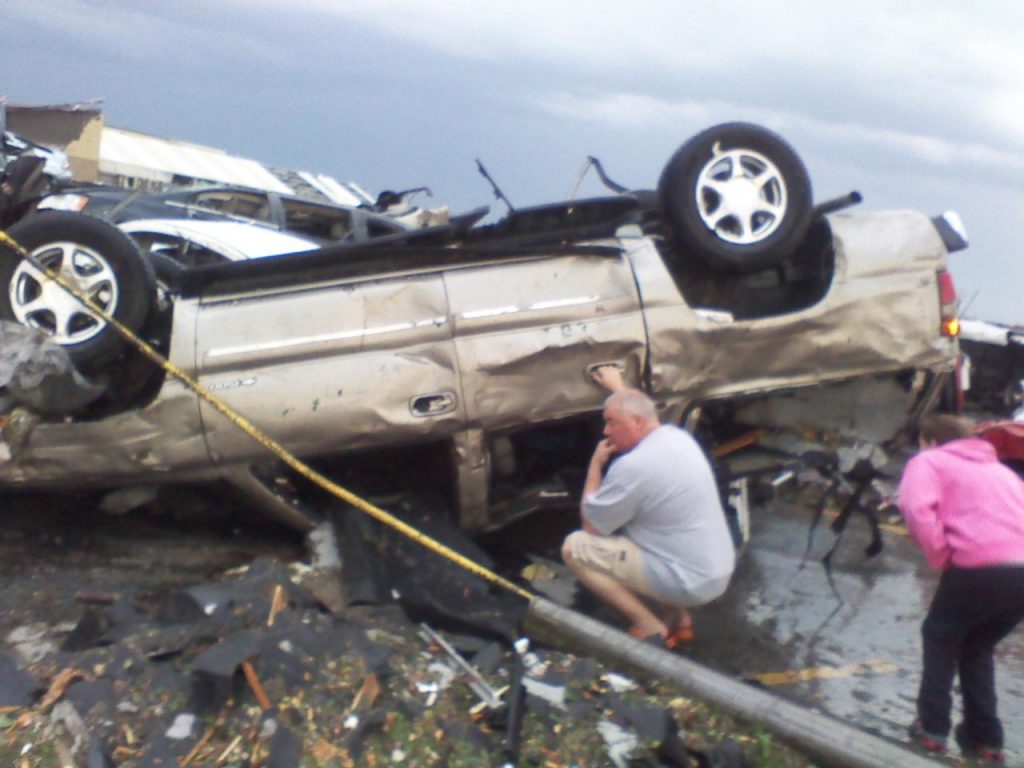 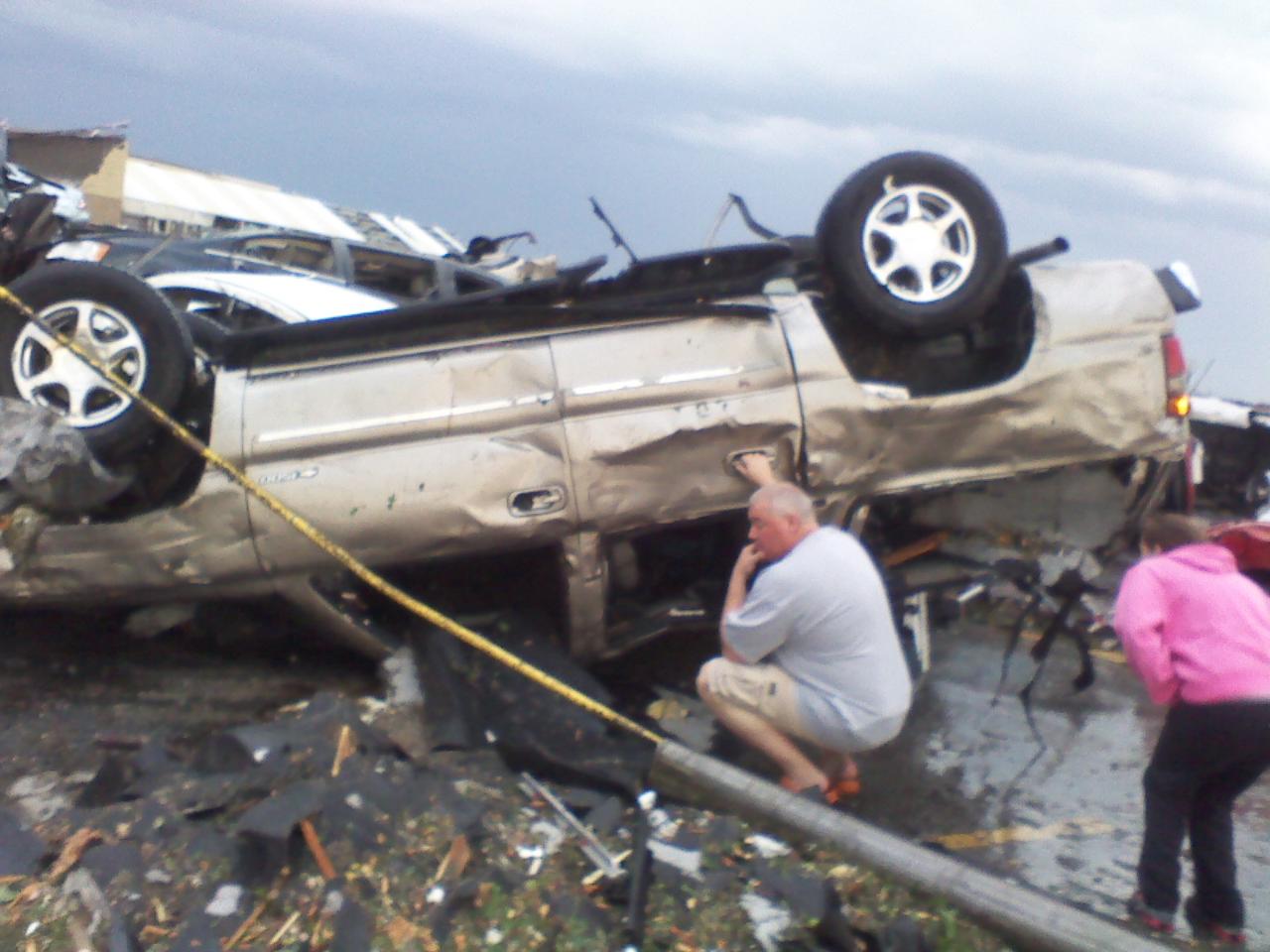 Kim Spink’s SUV landed two rows from where she parked it at a Walmart in Joplin, Mo. “That’s me looking to see if she’s in it,” said her husband, Greg Spink, minister of the Mt. Hope Church of Christ. “My youngest daughter is crying behind me.” (Photo by Courtney Spink)

For three hours after a massive tornado ripped through Joplin, Mo., on Sunday, Kim Spink was missing.
Spink, wife of Greg Spink, minister of the Mt. Hope Church of Christ in Webb City, north of Joplin, had gone shopping at a Walmart.
Her husband and three children — Courtney, 17; Stacy, 15; and Austin, 10 — waited out the storm in their basement at home.
At the Walmart, one wall was left standing, Greg Spink said.
“She was behind it,” he said of his wife. “God blessed her and took care of her. She’s one of the few that walked out. She stepped over bodies on her way out.”
The minister and his children trudged through debris and glass as they searched for her.
Eventually, they found her — walking toward their home, unsure if it or her family had survived.
“We had a reunion in the middle of the street,” Greg Spink said.
The Associated Press reports that the Walmart, a Home Depot and apartment complex are the focus of rescuers in Joplin.
At least one Church of Christ building in Joplin was struck by the tornado. The 26th and Connecticut Church of Christ reports on its website that its building was “heavily damaged … and it is unusable at this time.” A note on the website says:

The Mt. Hope church building did not sustain damages in the tornado and has become a hub of relief efforts by individuals, Churches of Christ and relief organizations. Nashville, Tenn.-based Churches of Christ Disaster Relief Effort already has sent semi-truckloads full of food and supplies for victims.
People wanting to help can send donations to the Mt. Hope church at 2830 Mt. Hope Road, Webb City, MO 64870. The church phone number is (417) 624-1795, but reception is spotty at this point, Greg Spink said.
See our earlier post on the tornado sparing a Restoration Movement college.