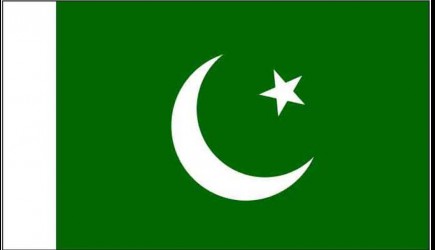 Erik Tryggestad
Hadayat Din asked church members to pray for the people of Pakistan — Christian and Muslim.
A month of solid rain has devastated the predominantly Muslim country of 176 million souls. At least 1,500 people have died, according to news reports, and more than 20 million are homeless. Especially hard hit is Pakistan’s Punjab region. Governments and agencies have pledged to help, but aid to those in need has been “painfully slow,” said BBC reporter Ben Brown.
Din, a native of Pakistan, converted to Christianity while a student at Indiana University. He returned to Sialkot, a city in northeastern Pakistan near the Indian border, and served as a minister. The members of the Church of Christ in Sialkot are safe, Din said, but feeling “the ripple effect of this devastating flood,” including food shortages and rising prices for necessities.
Thus far, the eastern Pakistani city of Sahiwal also has avoided much of the devastation, Naeem Sabir, a minister and principal of Sahiwal Bible College, told supported in the United Kingdom.
Nonetheless, “Naeem says food is scarce since food stores have been destroyed, and while water is certainly plentiful, it is badly polluted,” said Barbara Fisher, a British Christian who coordinates support for Sabir and the college. “Most people there live in mud-brick houses, which have largely dissolved in the heavy rains.”
Church members in the United Kingdom are collecting funds to help Pakistani Christians rebuild their lives.
The Woodmont Hills Church of Christ in Nashville, Tenn., is collecting funds for relief in Pakistan, said Bruce Anstey, a member of the church’s missions committee. The church plans to send funds through Pakistani church members.
“Though we cannot help all … we shall do as much as we can,” a Pakistani Christian told Woodmont Hills members. “God will surely reward us in heaven for this act of kindness.”
TO CONTRIBUTE, contact the Woodmont Hills church at (615) 297-?8551 or e-mail [email protected]. For more information on the work in Sahiwal, see www.christian-worker.org.uk or e-mail [email protected].