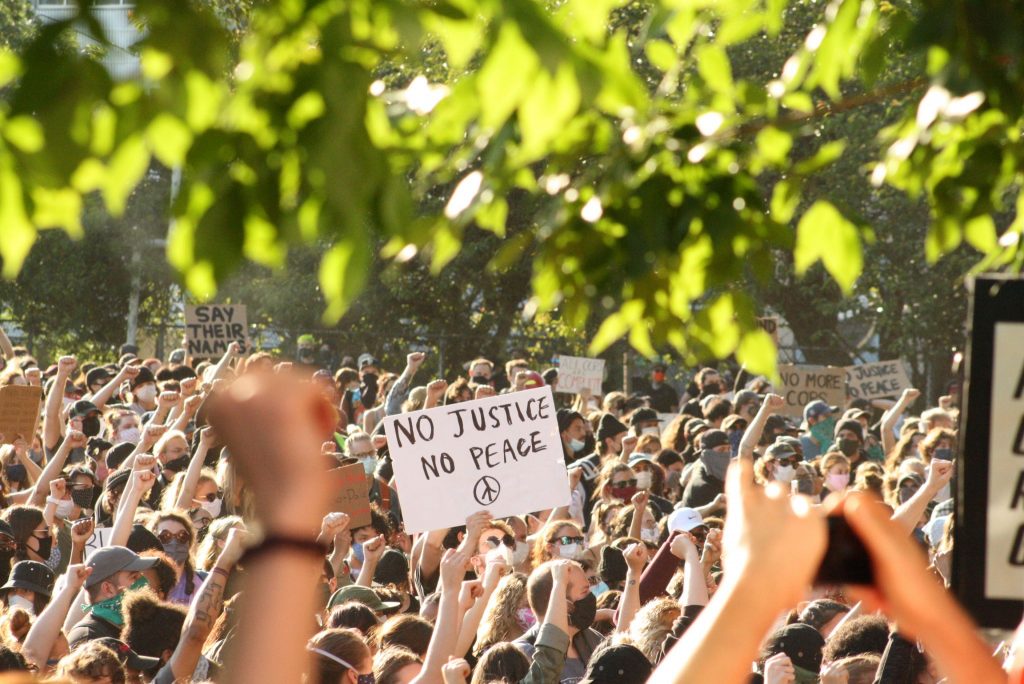 In the Pacific Northwest city, some demonstrations have turned violent in the wake of George Floyd’s death.

Great photographers know the secret to a great picture: Get closer. Focus on the faces, the emotion, the destruction. Fill the frame with impact.

When a tornado hits, the video of debris-strewn lots where homes or schools once stood can make it appear the storm wiped out an entire community. When the camera pulls back for the wide shot, everything changes. 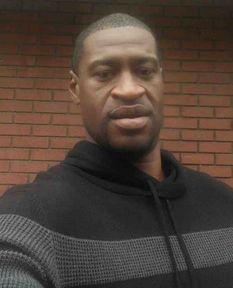 George Floyd was killed May 25 in Minneapolis police custody.

The storm tearing through Portland, Ore., is like that. Widely photographed confrontations between protesters and police have centered in a roughly 12-square-block area downtown where protests broke out after the May 25 police killing of George Floyd in Minneapolis. They have persisted for almost three months.

The close-up does tell the truth. But so does the wide shot.

Zoom out, and head across the river, 10 minutes north of the downtown protests. Frederick Berry is beginning his ninth year as senior minister for Portland’s Piedmont Church of Christ. The Black congregation is small, just 85 members, but active. The modest, white frame building is just a block from Jefferson High School, where protesters removed the statue of Thomas Jefferson.

Berry and a few other members have attended some peaceful rallies at Peninsula Park a few blocks north.

“Things weren’t as out of hand as they are now in Portland,” he said. Some of the younger members attended rallies downtown, but at 60, he no longer has the energy for that.

Berry’s wife, Tresa, who works as a personal service worker with developmentally disabled adults, said she has tried to teach her children and grandchildren “to remember what the purpose is. It’s not violence. It’s not disobedience. It is protesting to be heard — for us to be heard — for our issues to come to the table and for us to be able to do that respectfully.”

“I’m trying to remind them to stay in the character of Christ at all times no matter what,” she said. “And if it comes to a point you feel you’re coming out of that character, we must walk away, turn and go the other way, or we’ll get lost in something that has nothing to do with the meaning of why we’re here.” 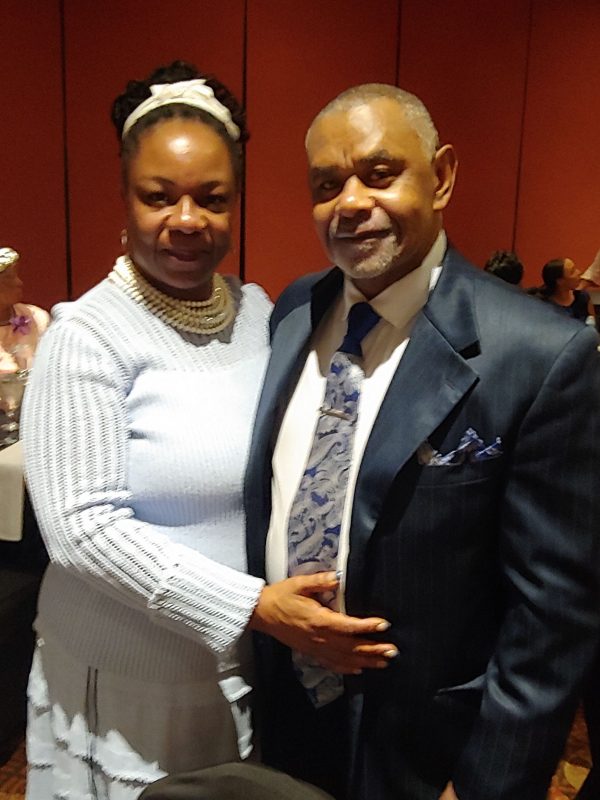 Frederick and Tresa Berry serve with the Piedmont Church of Christ in Portland, Ore.

Frederick would like to have seen leaders from Churches of Christ in the city attend the protests, but he’s hopeful about the momentum he sees among the larger faith-based community, and is willing to use the Piedmont congregation “as a hub for things that may need to happen.”

“I have talked diligently with leaders in the city about what is going on, but as a church movement, there has been no organized thrust … even though there have been ministers of other faiths there.”

Margaret Carter, a retired community college professor who spent 27 years in the Oregon legislature and is the past president of the Oregon Democratic Party, also wishes Churches of Christ were more involved in pursuing solutions.

She is a member of the East County Church of Christ, which is sponsoring a mid-August Zoom panel on racism, protests, police and the justice system featuring Carter, a White police officer and a White minister.

“I have talked diligently with leaders in the city about what is going on, but as a church movement, there has been no organized thrust toward what was going on even though there have been ministers of other faiths there,” she said. 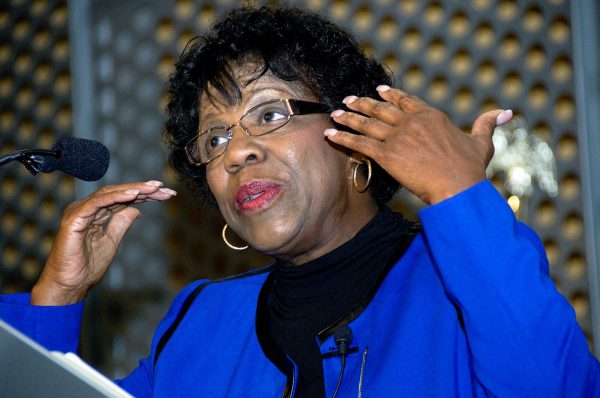 Margaret Carter is a member of the East County Church of Christ in Portland, Ore.

Carter, who has been on the protest line three times this summer, said the protest’s focus and its participants change after the sun goes down. She described one of the nights she went to the protests to hear a speaker:

“From about 6-10 p.m., there (were) peaceful protesters, and the theme was about Black Lives Matter and George Floyd,” she said. “It just became violent as the sun set and you found people tearing down windows. Contrary to what you hear on national news, the early part of evening is a very peaceful protest time.”

In late July, over objections of Oregon’s governor and Portland’s mayor, President Donald Trump sent in federal officers to protect the federal courthouse that had been targeted and set afire by protesters. Ensuing political volleys matched the projectiles hurled by late night protesters and the rubber bullets and gas canisters returned by law enforcement.

Many believed if the federal officers left, the violence would die down. Yet, days after the Oregon governor announced an agreement for withdrawal of federal police, late-night violence raged around the Penumbra Kelley Building where the Multnomah County Sheriff’s Office is located. Meanwhile, peaceful protests continued in other parts of the city.

Portland has seen many protests over the years, said Ron Clark, executive director of Kairos Church Planting, which is associated with Churches of Christ. He’s even been a part of them. 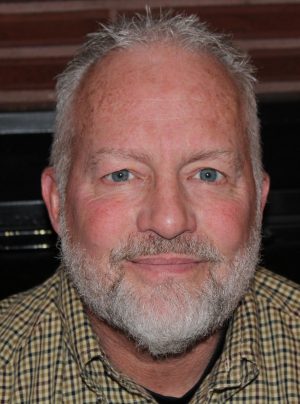 “What people have a hard time believing,” the minister said, “is Portland is a very racist city. We’re not as progressive as everybody thinks they are.”

The overwhelmingly White Pacific Northwest city has a reputation for being outspoken and social-minded, Clark said. The social-mindedness of the city challenges congregations that embrace that spirit, but often they struggle to address a history of racism within Churches of Christ.

Many members of the mostly White Westside Church of Christ in Beaverton, a southwest suburb, support the Black Lives Matter movement, preaching minister Aaron Metcalf said. Some even wanted to put BLM signs at the church building, though church leadership did not come to agreement about that, he said.

Kevin Woods, senior minister for the Renovatus Church of Christ in Vancouver, Wash., less than 10 miles from downtown Portland, said, “It’s not impacted us any more than if it were to have happened in Seattle or Chicago.”

Clark said the violence has distracted from the peaceful protests and left church members in law enforcement exhausted.

Wilson Parrish, a police chaplain with the nonprofit Public Safety Chaplaincy that serves outlying counties, has seen the impact of the protests on police.

Parrish finds hope in small gestures. After a recent ride-along with an officer, they went for coffee only to learn another customer, an African American woman, had paid for their drinks. 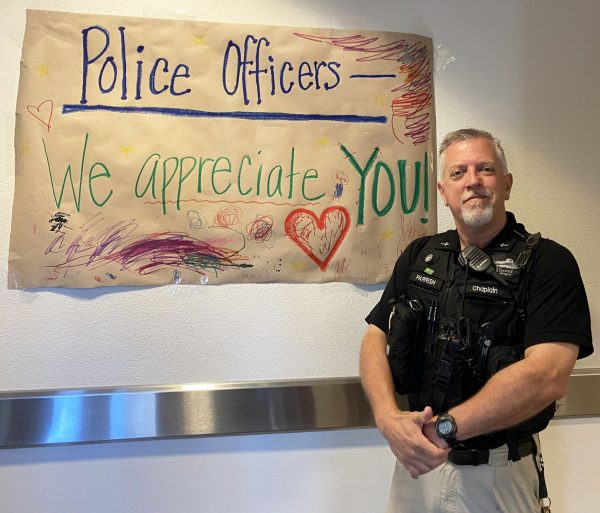 Wilson Parrish is a police chaplain with the nonprofit Public Safety Chaplaincy that serves outlying counties.

“We thanked her profusely,” Parrish said, “and she said her dad was in law enforcement, and she wanted to thank us.”

As they drove away, he told the officer, “You do realize what just happened: A Black life that matters, who is fully convinced that blue lives matter, just bought our coffee,” Parrish said. “It almost brought me to tears.” 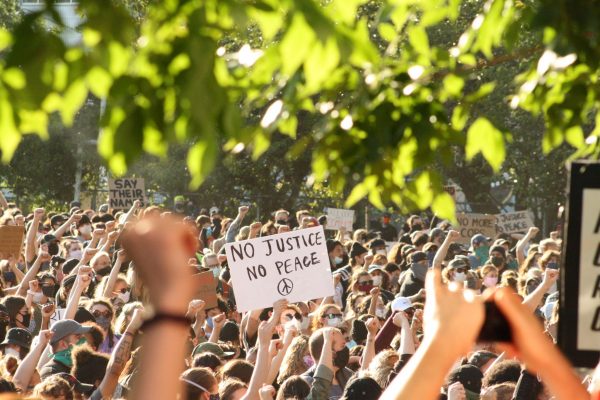 Protesters in Portland, Ore., this summer have marched downtown and around the city in support of George Floyd and racial justice. Members of area Churches of Christ in Portland say daytime protests have been peaceful.

She said systemic racism has damaged Blacks as a culture of people.

“We don’t know ourselves, who we are, where we come from, what was stripped from us. We lost a whole generation in us not knowing who we are. I see that in our young people today.”

Yet, for the first time in her life, she said, White suburban kids are telling their parents, “No more. These people are my friends, and I’m not going to sit back and allow them to take this kind of discrimination and violence from police on Black and Brown community.”

Berry remains hopeful about the future.

“I believe all things are possible with the Lord and that we are in a generation now where people have come up together. Many of us know one another. Even the gentrification has pushed us into trying to know one another, and that’s a good thing, and we need to because we’re all human.”

“That’s the change to come about,” Berry said, “more White people putting themselves on the line.”