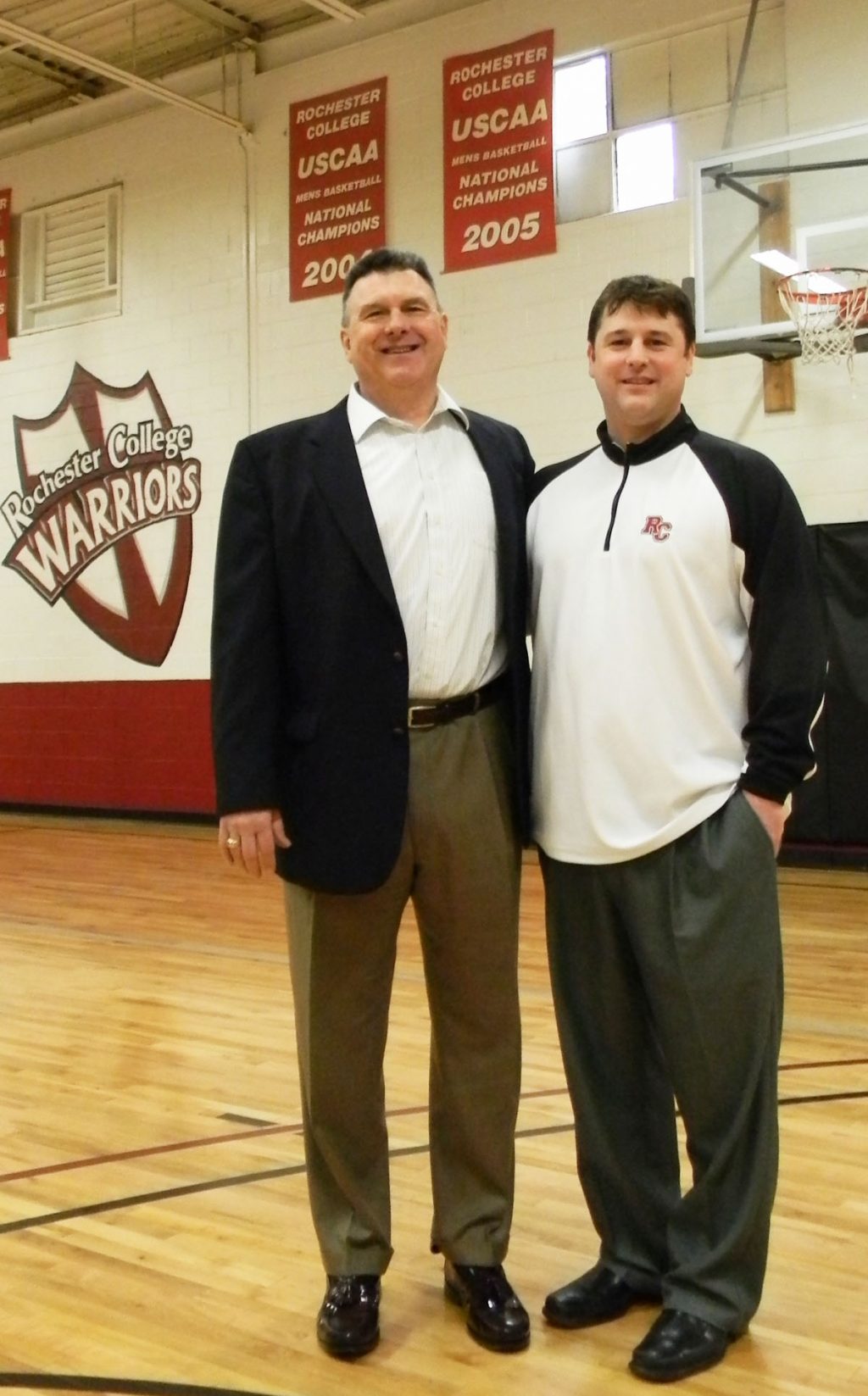 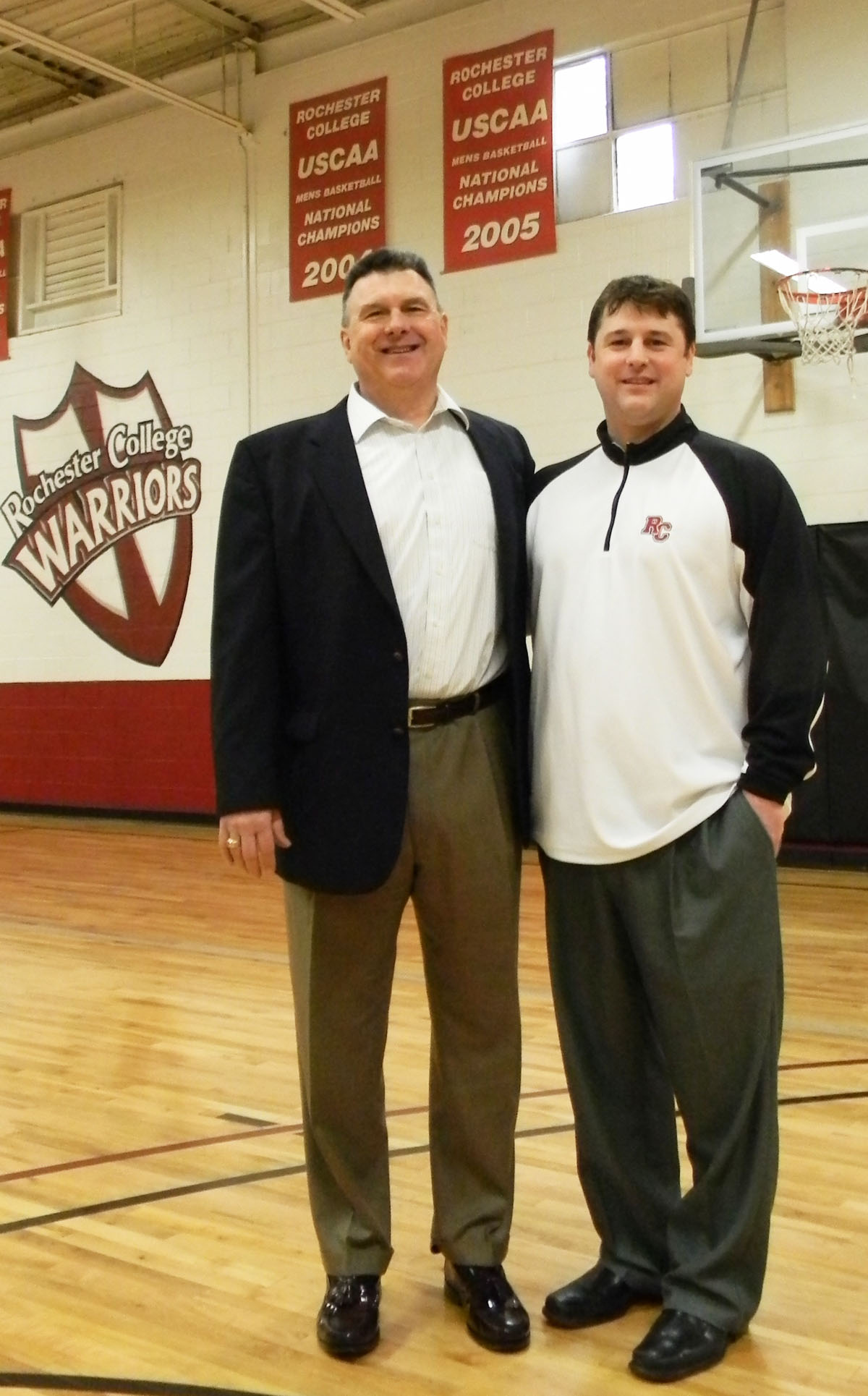 Blogging from Rochester Hills, Mich.
During my recent reporting trip to the Detroit area to cover the Great Lakes Bible Bowl, I spent a day at Rochester College, which is associated with Churches of Christ.
At Rochester, I enjoyed seeing Lora Hutson for the first time in about 20 years. Hutson, a professor of mass communication at Rochester, was one of my campus newspaper advisers at Oklahoma Christian University.
I also enjoyed lunch with Rochester President Rubel Shelly, retiring longtime basketball coach Garth Pleasant and the coach’s successor: Klint Pleasant, Garth’s son and a former head coach at Abilene Christian University in Texas.
I’m working on a Christian Chronicle feature for later this year (around the start of basketball season) on the Pleasants. However, I wanted to share a link to an Oakland Press story on the coaching transition:

The whistle that runs Rochester College’s men’s basketball program is staying in the family. Klint Pleasant has been named the school’s new head coach, taking over for his father Garth, who spent 38 years on the Warriors’ bench and retired after this season.
“It’s a bit surreal still for me to think about, but I’m thrilled,” Garth Pleasant said. “Rochester College has really been our family’s life. I started teaching here in 1971 and Klint has been around the program since he was a toddler. Now he’s taking over and it’s really exciting to see him continue that tradition within our family.”
While at Rochester College, Garth Pleasant collected more than 700 wins and won four national titles in the United States Collegiate Athletic Association. His coaching career at the school began in 1972, when the school was called Michigan Christian College.
“I just have such a tremendous love for the institution and really agree with the mission of the school,” Garth said. “Some people don’t understand this, but I never wanted to leave or look to coach anywhere else because Rochester College has been my ministry. I’m a man of faith and the values of this institution are something I have firmly believed in my whole life.”
Now his son will be bringing that same passion to the sidelines.

Getting to follow in my dad’s footsteps and coach, and preaching at the church that he preached at … it’s just, it’s quite a ride. But I never thought I’d end up here. It wasn’t what I’d planned.

Klint Pleasant’s life has taken quite a few surprising — and heartwrenching — turns. Stay tuned to the Chronicle to read more about his faith journey. See a video below of a recognition of Garth Pleasant’s career.
httpv://www.youtube.com/watch?v=xuyhV3aygMc