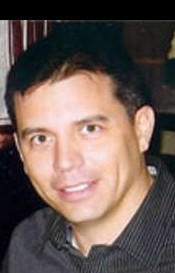 Joy McMillon
OKLAHOMA CITY — Two church members were killed when the plane they were co-piloting crashed in Oklahoma City on Tuesday.
Three passengers — executives of Oklahoma City-based United Engines and United Holdings — also died in the crash.
The pilots of the Cessna 500 Citation 1 were Church of Christ members Rick Sandoval, 40, from Weatherford, Okla., and Tim Hartman, 44, of Yukon, Okla.
Sandoval was part of a team of missionaries who went to Vitoria,Brazil, where he lived for 10 years. After moving back to his hometownof Weatherford in 2002, he worked as a commercial pilot and flightinstructor. He was one of the owners of a local sandwich shop.
“It’s hard not to feel like a piece of you is missing,” said TaylorCave, outreach minister at the Del City, Okla., church and a member ofthe four-family mission team to Brazil. “He was a devoted Christian anda dedicated family man. As a business major, Rick became our team’saccountant, making sure that our finances were always in order.”
Survivors include Sandoval’s wife, Monika, and their three children: Hannah, 17, Luke, 14,  and Julia Sandoval, 11.
“He’s going to leave a big hole in the congregation,” said Bruce Hill,a Weatherford church elder, who took flight instruction from Sandovalin 2006.  “He was chairman of the missions committee and always a voicefor missionaries.”
Sandoval had recently been asked to serve as an elder of theWeatherford church, but he declined because of his busy work scheduleand the ages of his children, Hill said.
Funeral arrangements have not been finalized.
Tim Hartman was a commercial pilot and a deacon at the South Yukon church.
Survivors include Audra Hartman, his wife of 23 years, and their two sons: Matt, 17 and Marc, 13.
“He was the best dad,” Matt told The Oklahoman. “We all loved him so much and are going to miss him so much.”
Funeral services for Hartman will be 2:30 p.m. Saturday at  the South Yukon church.