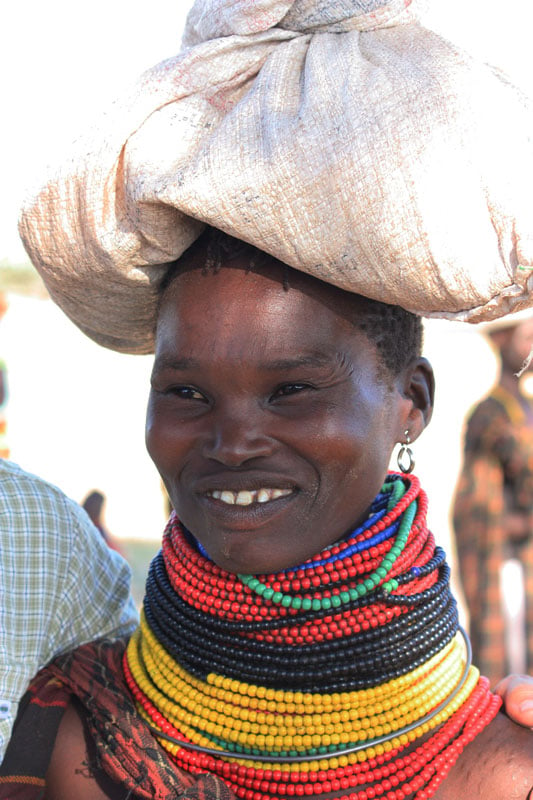 Her sack full of food, a woman in the village of Nablon, Kenya, smiles after a visit by representatives of Healing Hands International. (Photo by Erik Tryggestad)

Blogging live from Nairobi, Kenya
I’m here with representatives of Healing Hands International, a Nashville, Tenn.-based ministry that provides international relief and sponsors sustainable development initiatives.
We made a brief trip to the town of Lodwar in Kenya’s northwest region known as Turkana. The region, like much of East Africa, was hit hard by a recent drought and famine. (See our recent coverage of the food crisis.) Much of the media attention has centered on the Dadaab refugee camp near Kenya’s border with Somalia, but other communities, including those in Turkana, also have suffered greatly in recent months.
We delivered some food to villagers in a place called Nablon, which has endured a severe drought for the past three years. Ebenezer Udofia, a Healing Hands worker from Nigeria, has visited the village before. He told the people that the food was given out of love by Christians.
He also told them that he dreams of the day when such relief won’t be necessary. Near the village, plants are starting to grow in a garden that uses a technique called drip irrigation. Udofia taught a seminar on the technique in Turkana in October.
As we left Turkana, the Lord gave the people in this dry and thirsty land something we couldn’t provide — rain.
Here are a few photos from the visit. 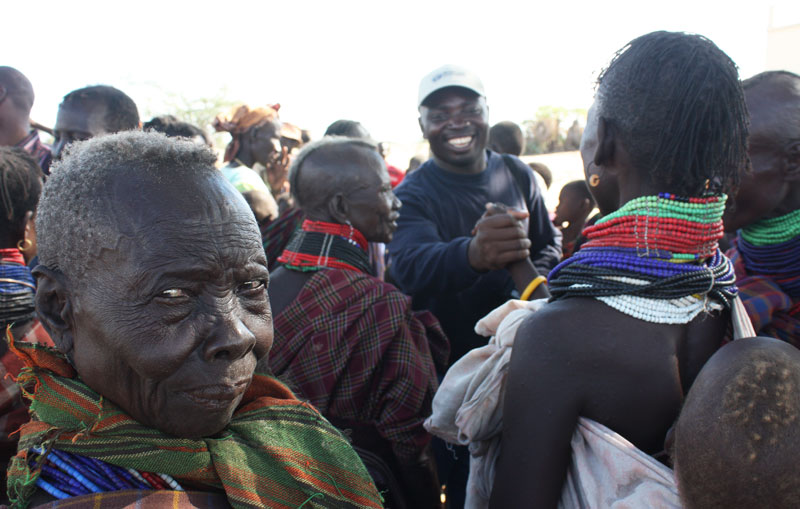 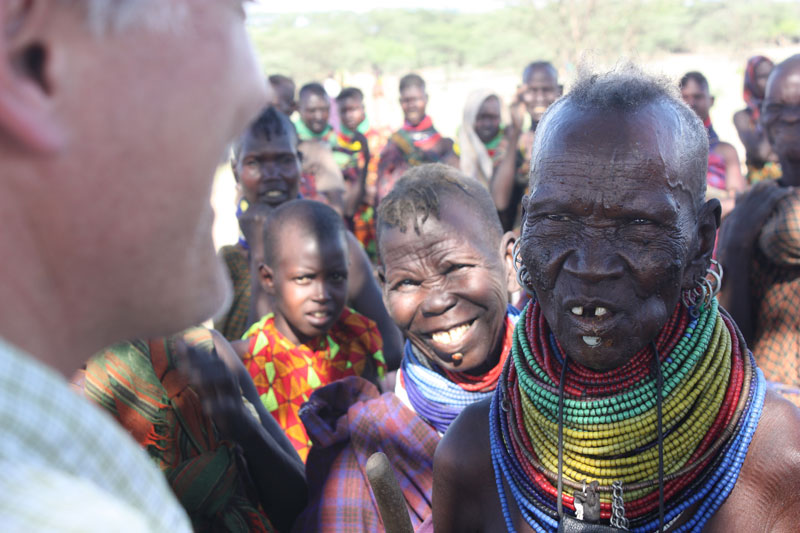 Burt Nowers, left, an elder of the Brentwood Hills Church of Christ in Nashville, Tenn., greets the people of Nablon. (Photo by Erik Tryggestad) 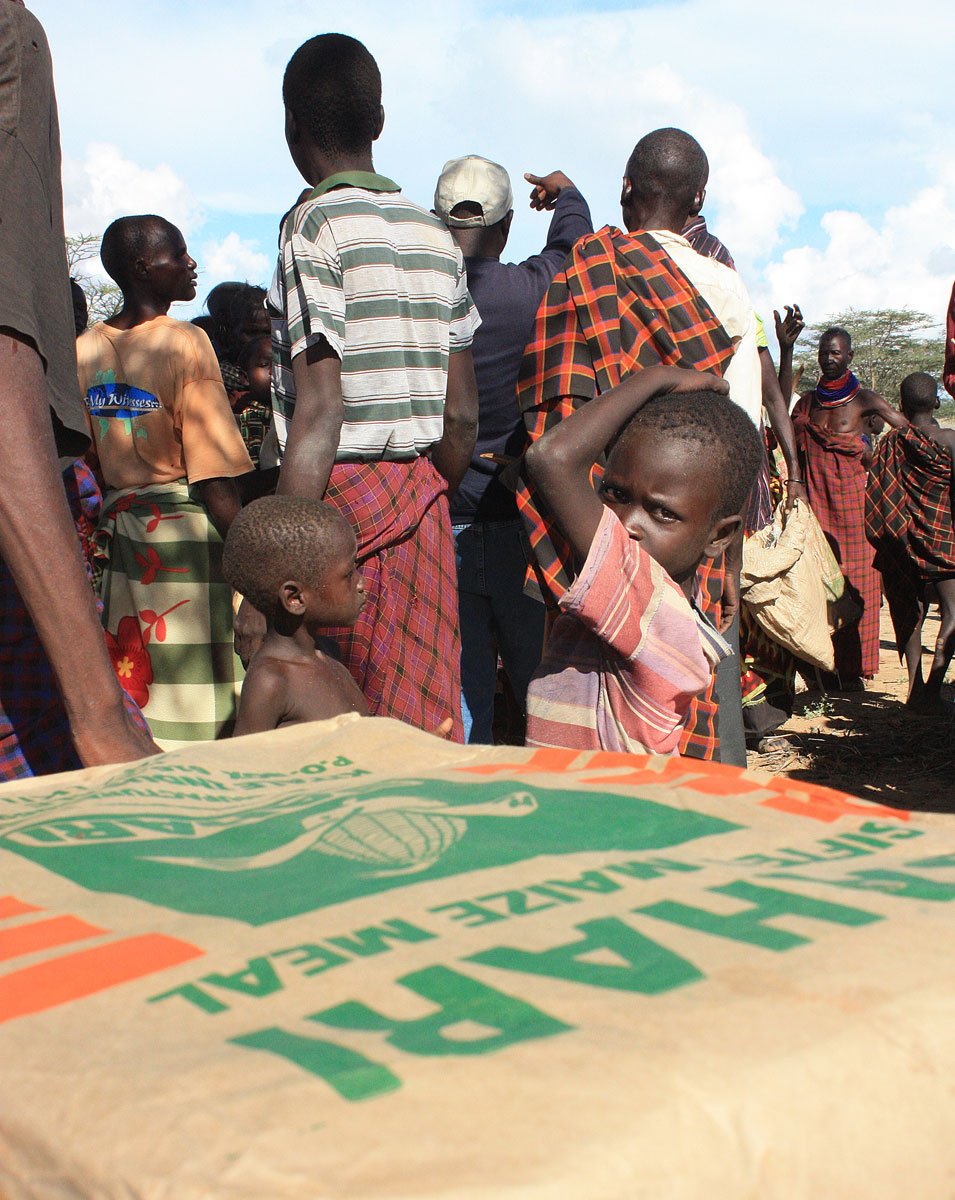 The villagers line up for donated corn, beans and oil. (Photo by Erik Tryggestad) 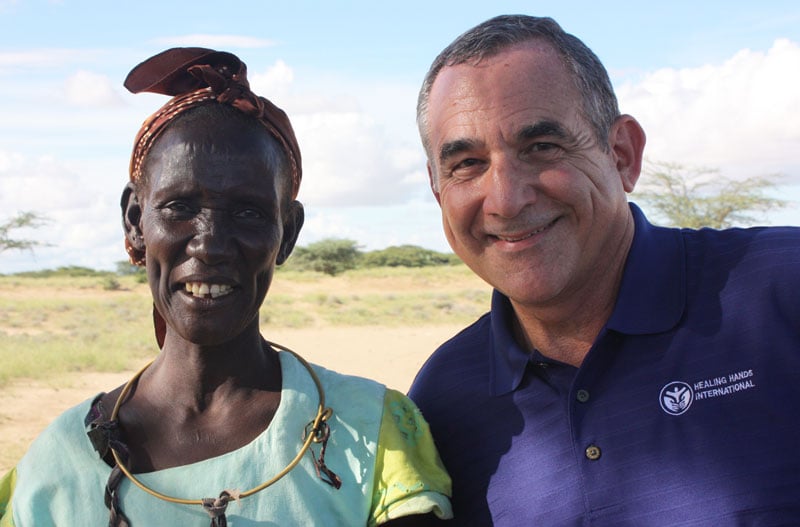 A boy shields himself from the hot sun near the truck that provided food for his village. (Photo by Erik Tryggestad) 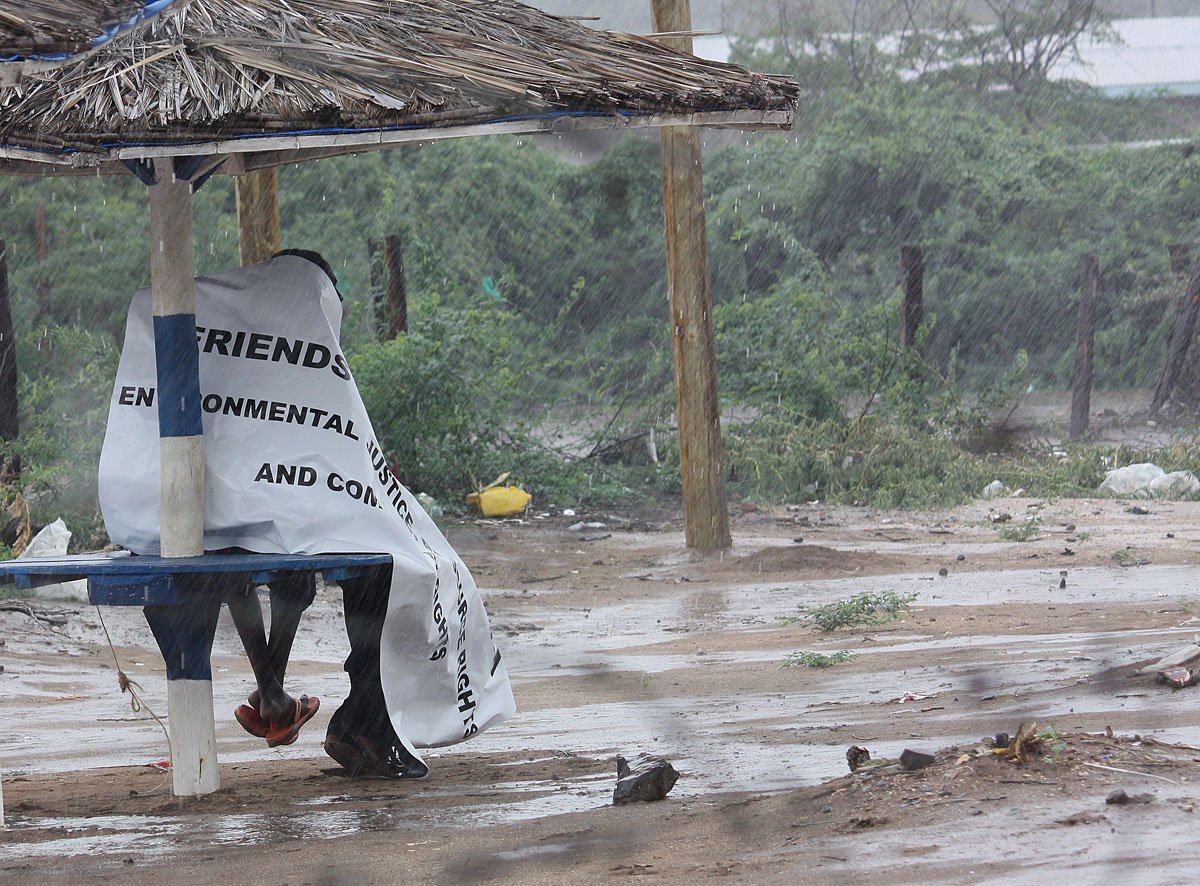 At the airstrip in Lodwar, Kenya, two youths shield themselves from rain with a sign from a souvenir kiosk. The region has experienced little rain in the past three years. (Photo by Erik Tryggestad) 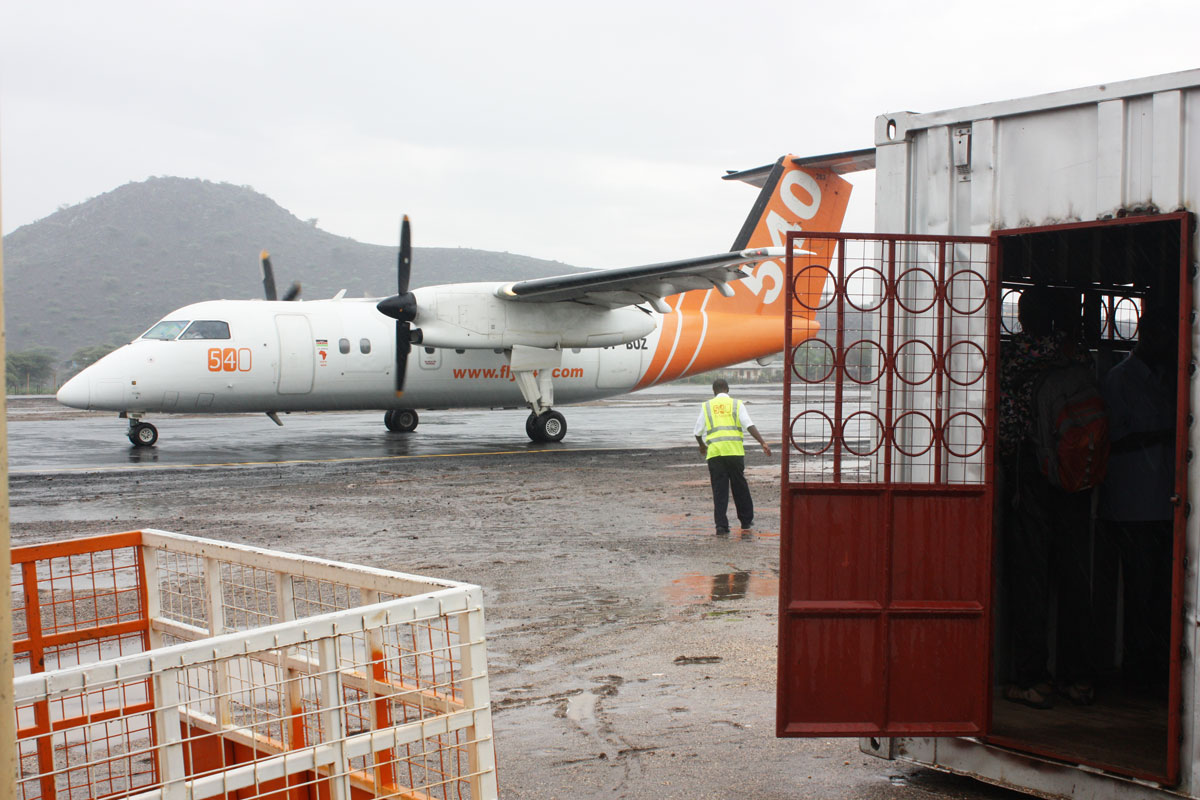 Evangelist Jackson Erus, right, and other passengers shield themselves from the rain before boarding a flight for Nairobi. (Photo by Erik Tryggestad)