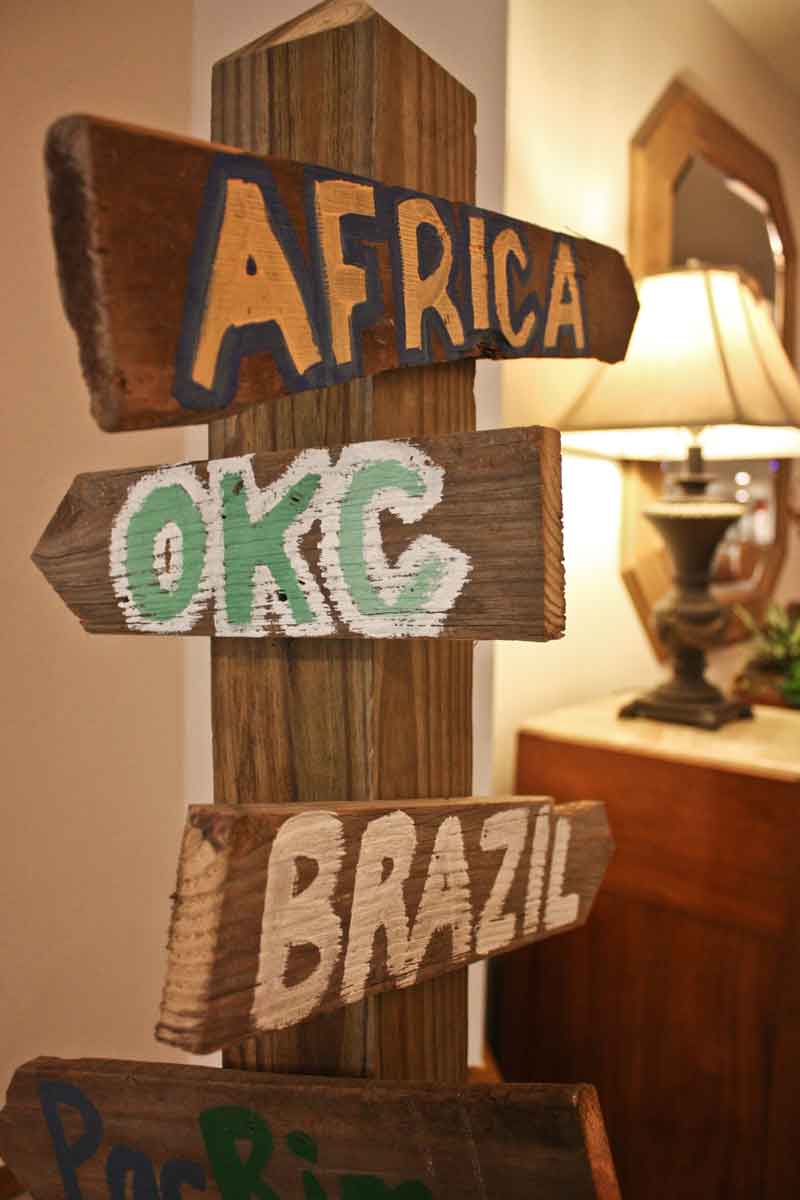 
Permit me to boast just a bit about what God’s doing through my home congregation.

A sign in the foyer of the Memorial Road Church of Christ points to the pavilions set up for Missions Sunday. (Photo by Erik Tryggestad)

The Memorial Road Church of Christ in Edmond, Okla., just completed its 10th Missions Sunday. In the past decade, church members have contributed more than $6 million to mission efforts around the globe — including Kenya, Australia, Austria and Brazil. The church supports medical missions in Guatemala, multiple ministries in Honduras, the Give A Goat ministry that serves the Philippines and sponsors a ministry apprentice program called Helpers in Missions.
The church also supports work in Oklahoma, including the Capitol Hill Church of Christ, the Luther Church of Christ, the Spanish-speaking Southeast Church of Christ and an outreach at an apartment complex near the church’s building.
For its 10th Missions Sunday, the church transformed classrooms in its building into six regions of the world where is supports work — Latin America, the Pacific Rim, Brazil, Africa, Europe and Oklahoma City.
During Bible class and after Sunday worship, church members and visitors got the chance to carry water on their heads (something children at the Village of Hope in Ghana do everyday), hammer nails into a simulated Honduran house and sample cuisines from around the globe, including Brazilian bonbons known as “brigadeiros” (loved them) and authentic Australian Vegemite (did NOT love it). 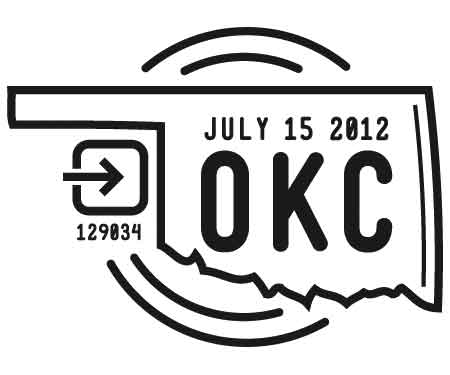 Weeks before the event, church members were issued “passports” describing each of the regions and the financial goals of Missions Sunday. During the Sundays leading up to Missions Sunday, the members added “visa” stickers for each of the regions. Each of the six pavilions had immigration stations, complete with passport stamps. (Yes, you even had to go through customs to get into the Oklahoma City pavilion.)
The church set a goal of $707,500 for this year’s Mission Sunday. During an afternoon devotional after the offering, missions ministry director John Wilguess announced the total — $724,446.98.
A few photos from the event: 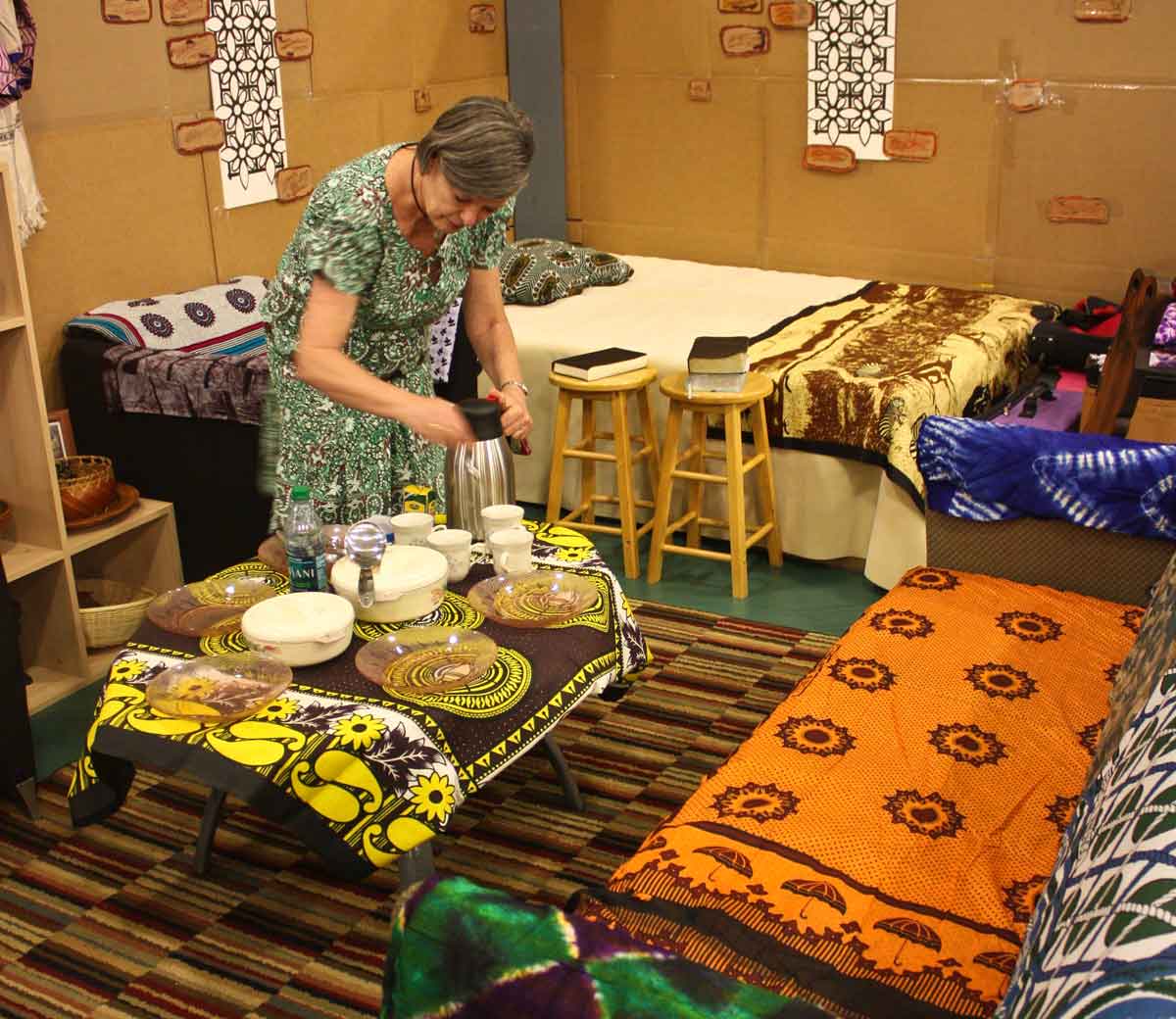 Pat Beckloff, missionary to Mombasa, Kenya, sets up a Kenyan home in the Africa pavilion. (Photo by Erik Tryggestad) 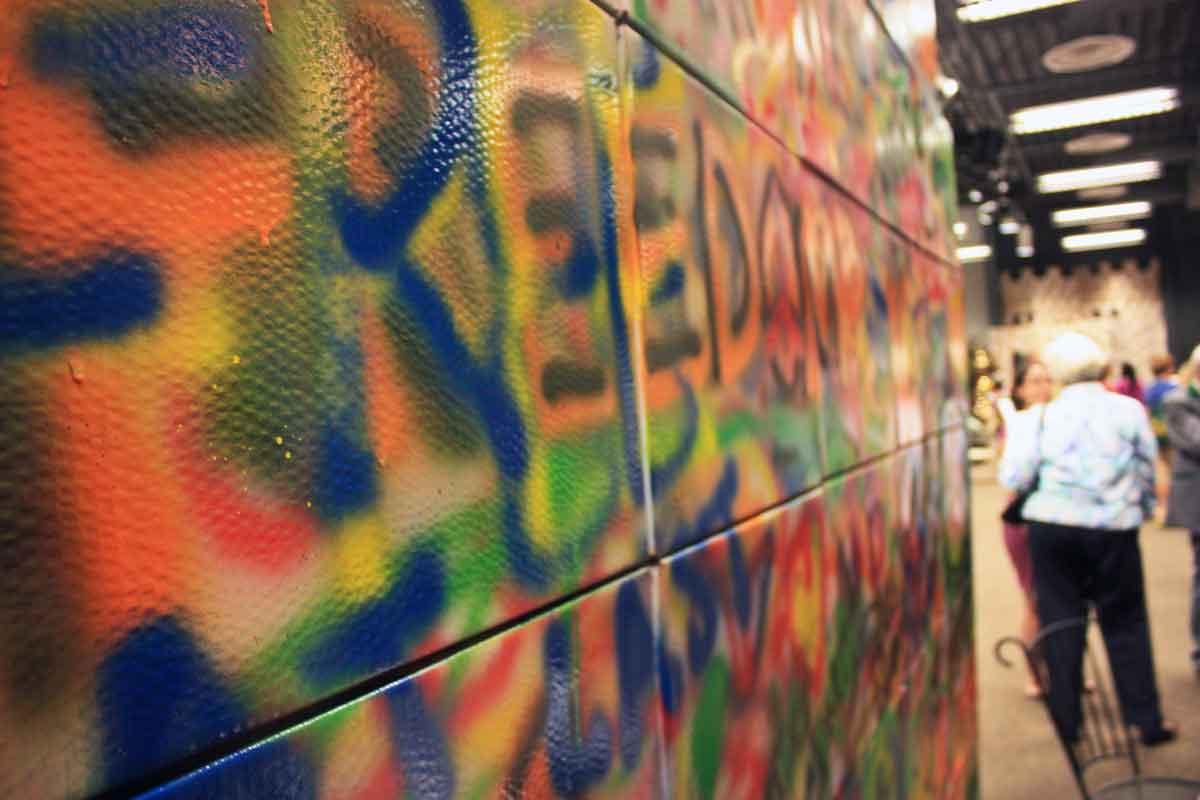 Gwen Antwine, former missionary to Germany, stands next to the simulated Berlin Wall in the Europe pavilion. (Photo by Erik Tryggestad) 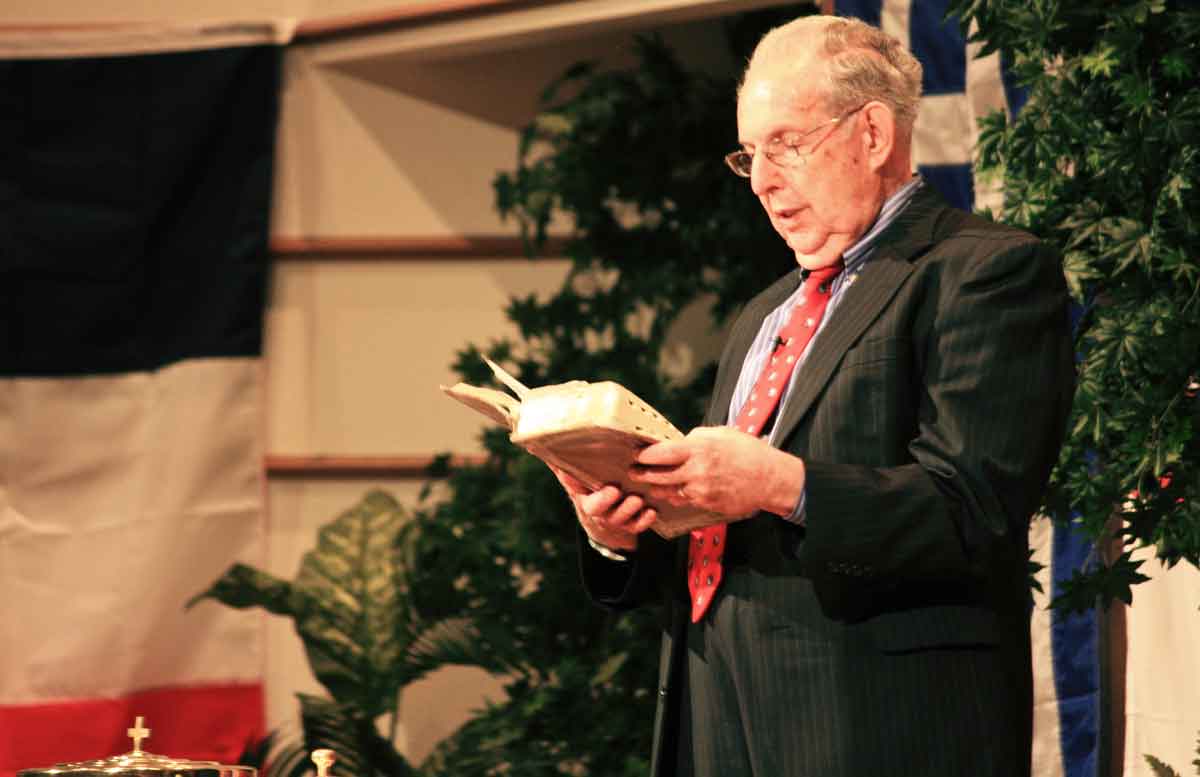 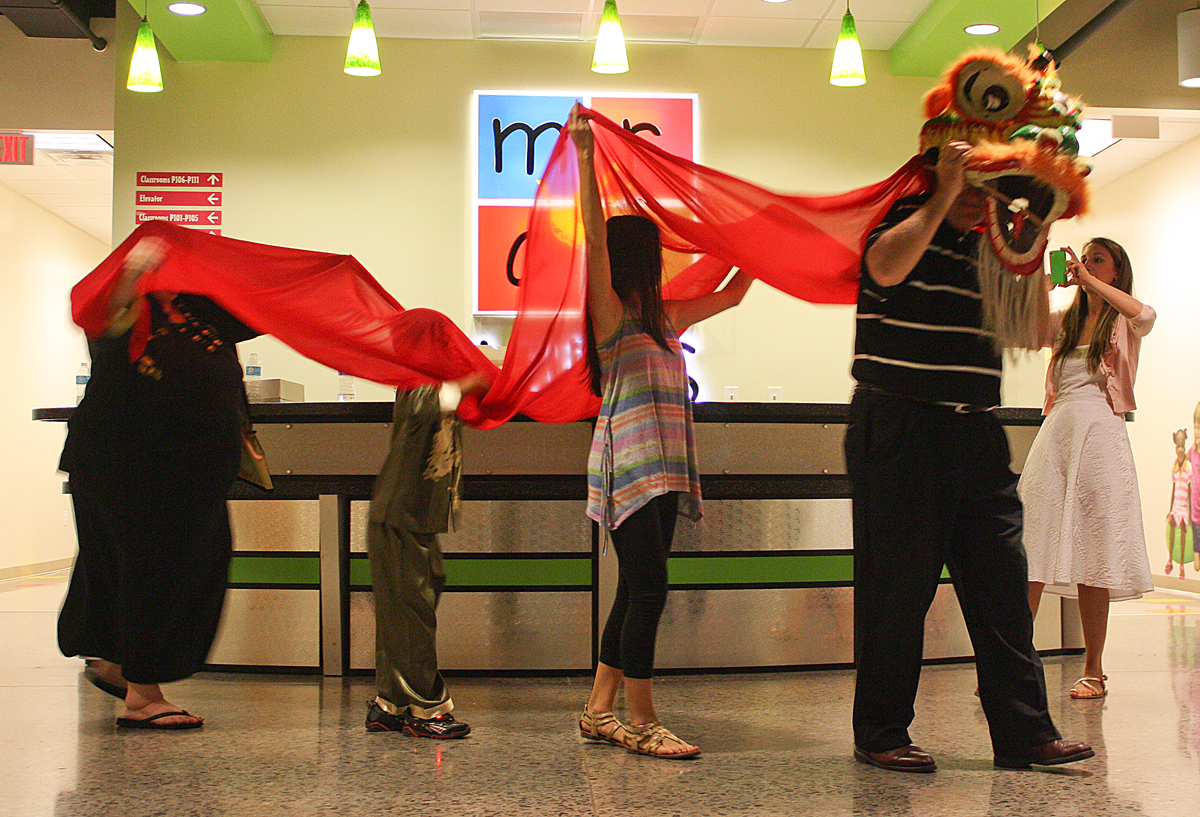 A Chinese dragon roams outside the Pacific Rim pavilion. (Photo by Erik Tryggestad) 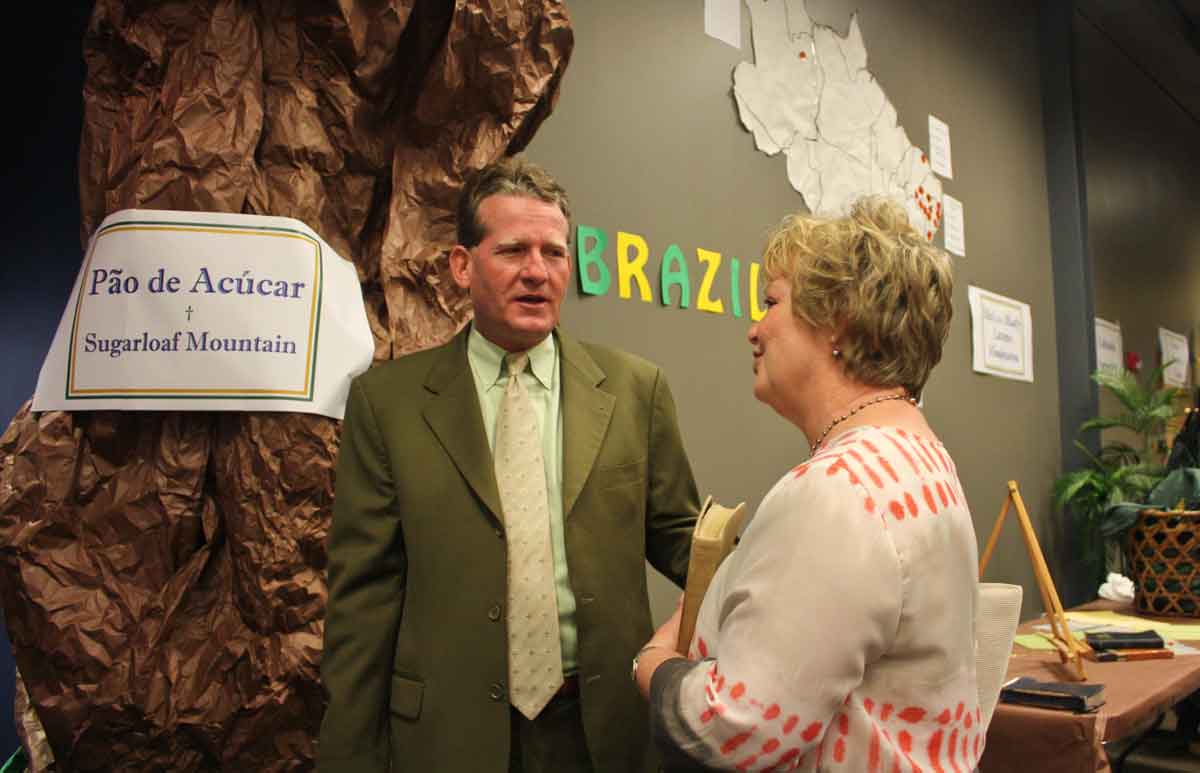 Allen Dutton Jr., a second-generation missionary to Brazil, speaks after Bible class in the Brazil pavilion. (Photo by Erik Tryggestad) 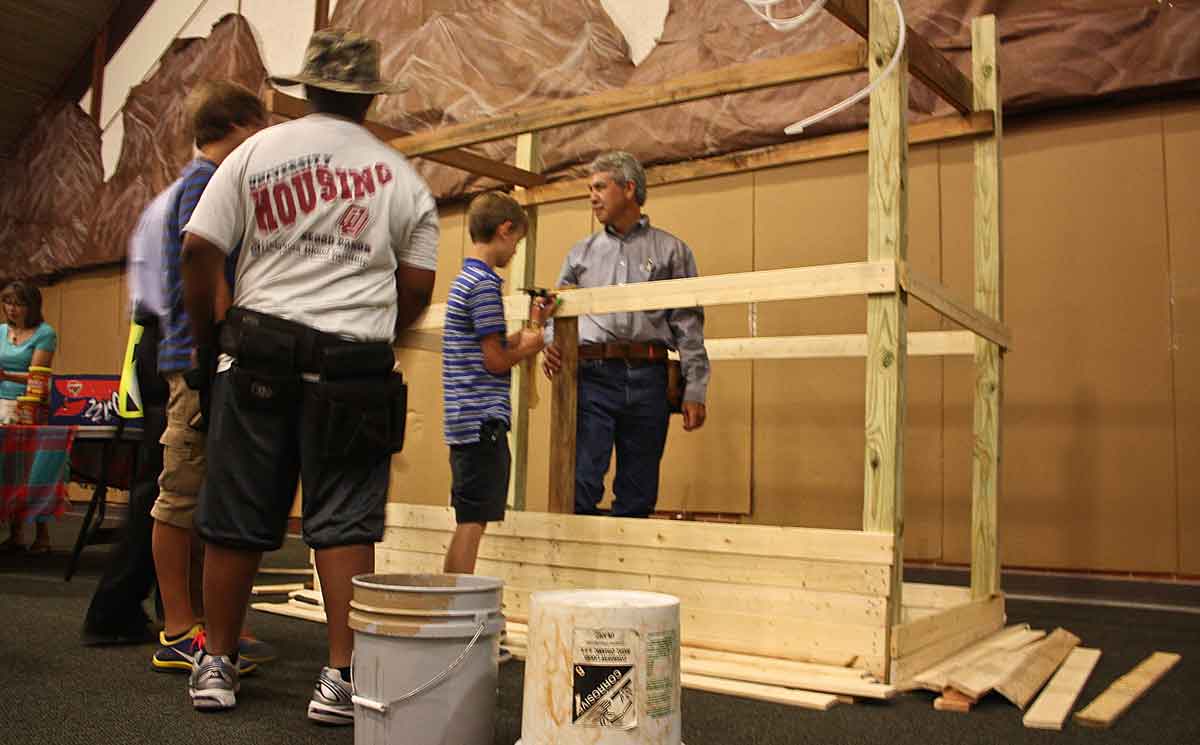 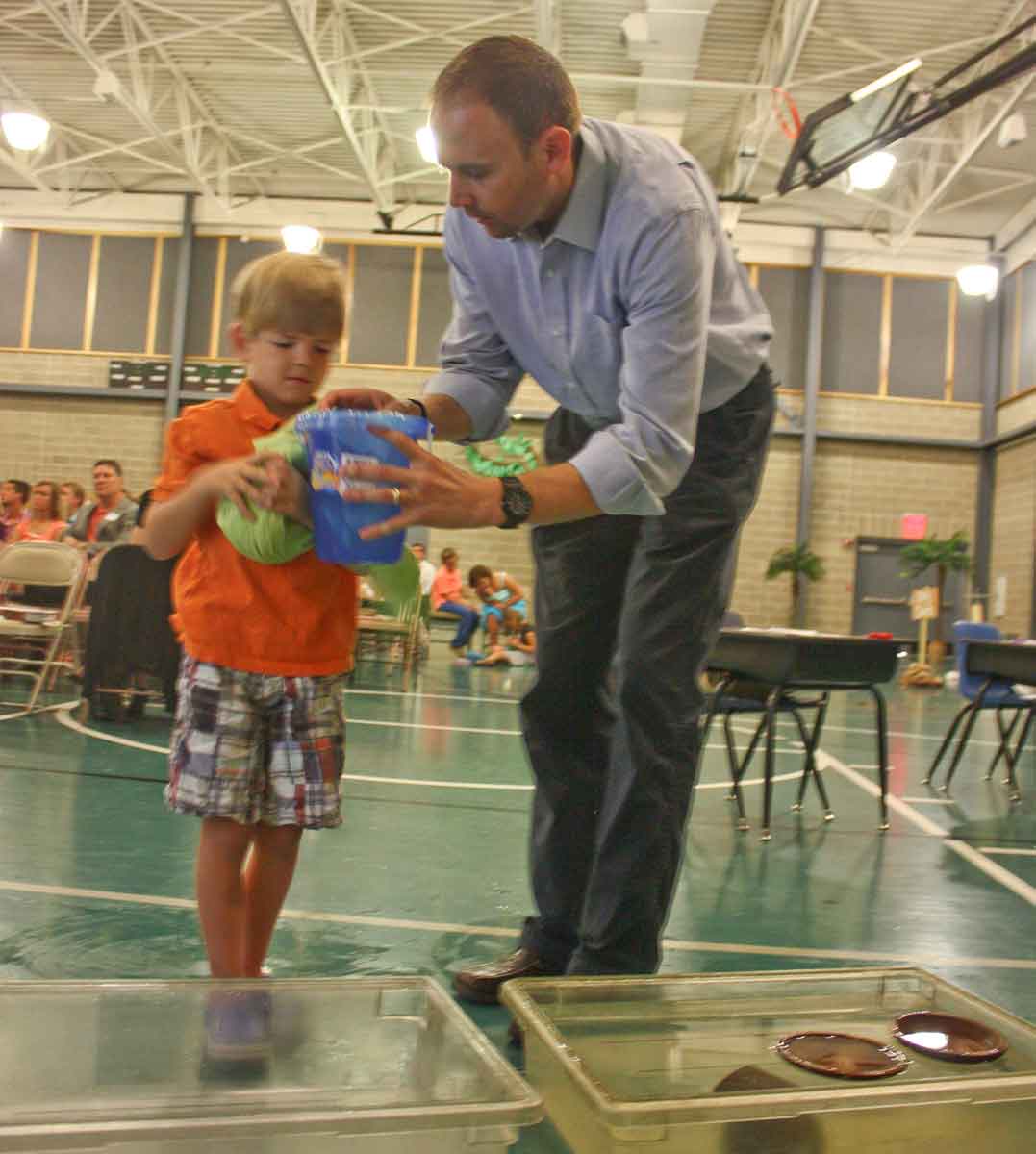 Ben Langford, former missionary to Uganda, supervises children as they transport water in the Africa pavilion. (Photo by Erik Tryggestad) 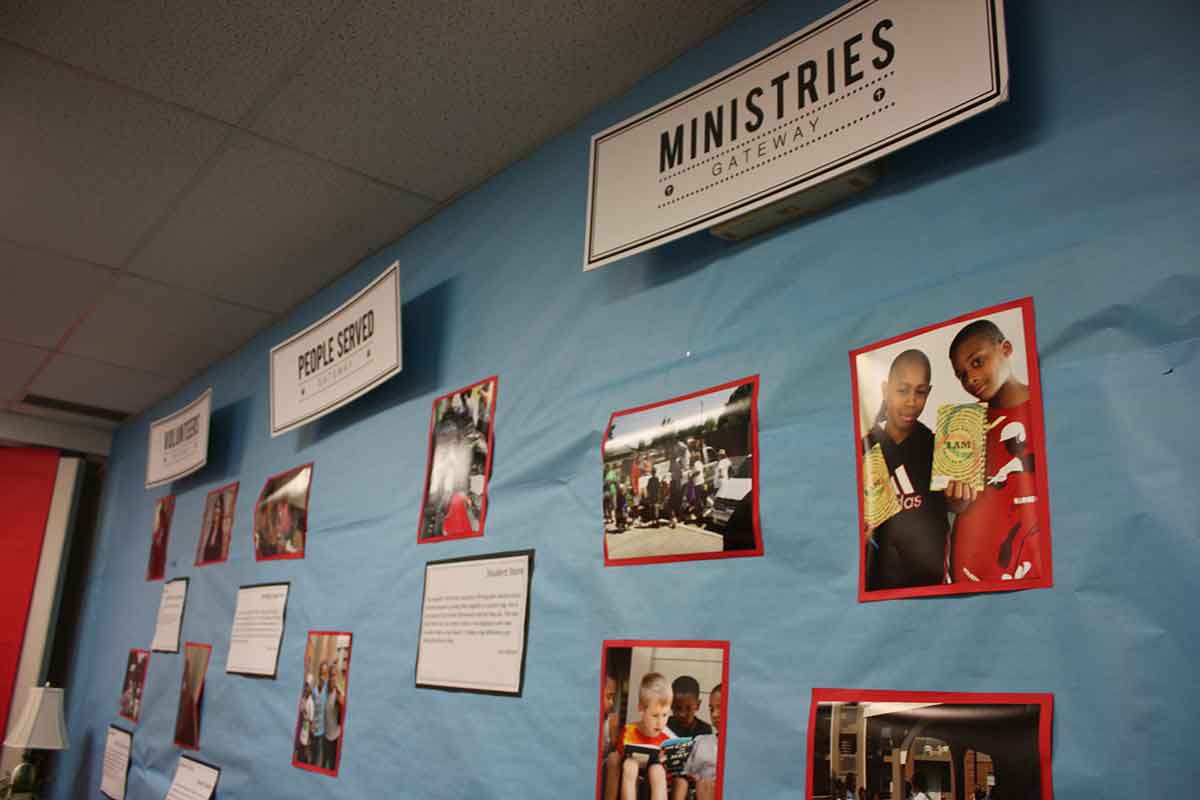 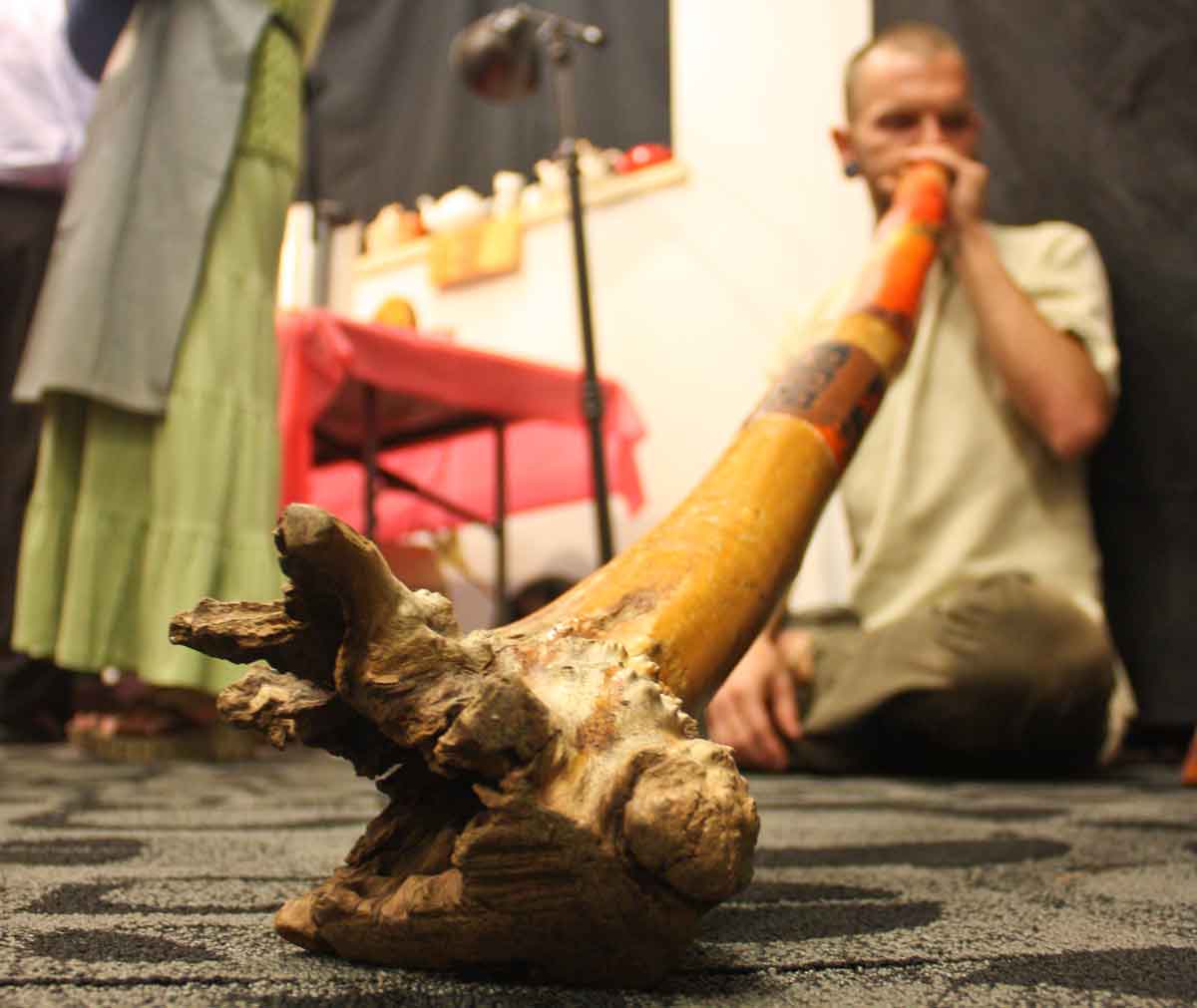 Visitors to the Pacific Rim pavilion were treated to music from an Australian didgeridoo. (Photo by Erik Tryggestad) 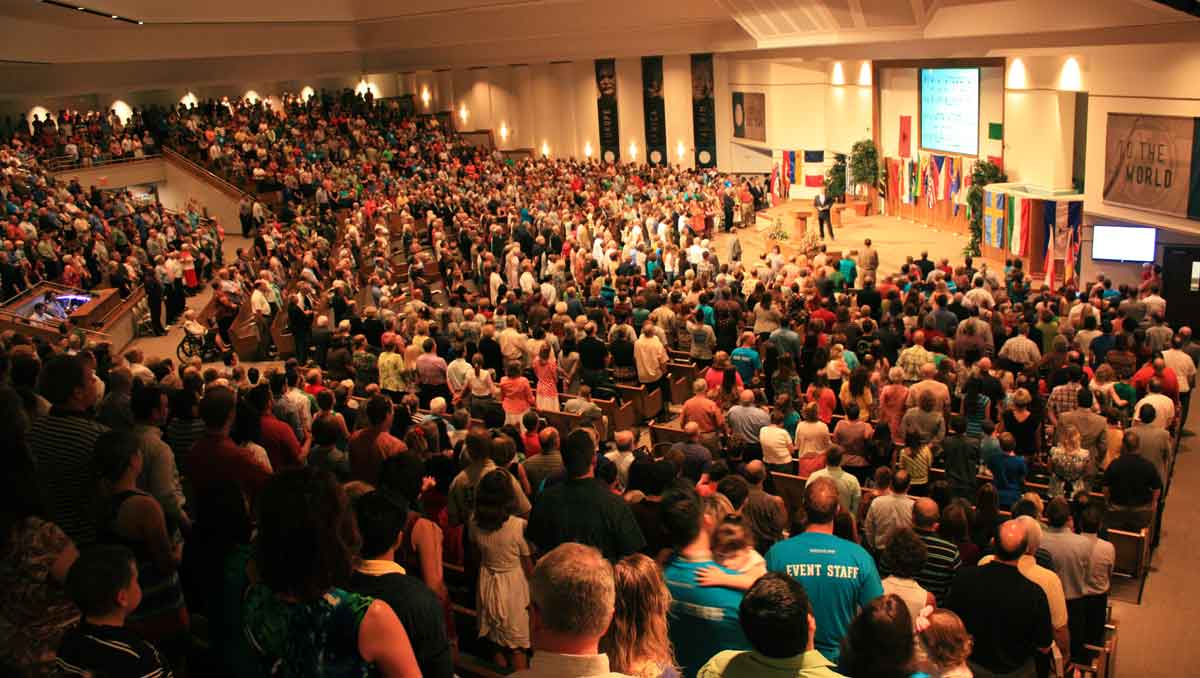