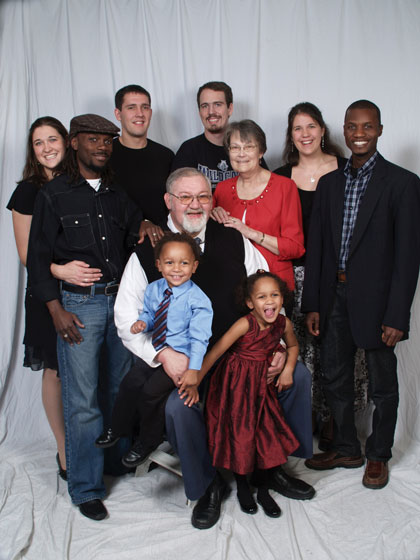 May Drehsel with husband Karl, children Susanna, Miriam, Karli and Markus and their families. (Photo provided by Pepperdine University)

Mary Drehsel, professor of German and academic coordinator for Pepperdine Universiy’s Heidelberg International Program in Germany, died Feb. 21 after a long battle with cancer.
A news release from Pepperdine details her life:

In the 1970s, Mary came to Germany as a missionary and especially worked with children at the Gemeinde Christi (Church of Christ) in Heidelberg. She became a teacher of German at Pepperdine University in 1981 and later Academic Coordinator of the Heidelberg International Program in the 1990s.
Mary was a courageous woman who bravely fought cancer for more than 18 years, she was a Christian role model to us all, a loving mother to her children and an inspiring teacher. Throughout the years, Mary touched and inspired students who came to study in Heidelberg. The outpouring of messages — in the hundreds — that have reached us all in the past hours is a testimony to the Christian life she led.