A gunman opened fire inside a Thousand Oaks bar and grill, killing 12 and himself.

It’s been a somber day on the campus of Pepperdine University as students mourn a classmate killed in Wednesday night’s mass shooting. 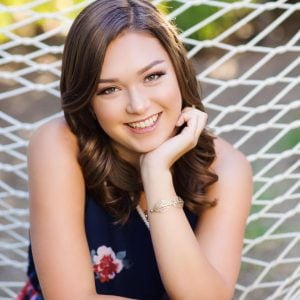 Sixteen of the university’s students were at the Borderline Bar and Grill in Thousand Oaks Wednesday when a gunman walked in and opened fire on the crowd, according to the Pepperdine Graphic, the student newspaper.

Hours later, family members of those unaccounted for gathered, hoping against all odds for good news.

Alaina Housley’s family was one of those waiting.

Housley, a Pepperdine University freshman, had gone to the bar with a group of friends. They were enjoying college night when the chaos started.

Her parents posted to social media early Thursday asking for prayers as they traveled to find out whether she was OK.

Then, around noon Thursday, the couple released a statement that the Pepperdine freshman was among the 13 dead.

“Our hearts are broken. We just learned that our niece Alaina was one of the victims of last night’s shooting at Borderline bar in Thousand Oaks,” they said. “Alaina was an incredible young woman with so much life ahead of her, and we are devastated that her life was cut short in this manner. We thank everyone for your prayers and ask for privacy at this time.”

Housley, 18, was a freshman English major at Pepperdine. She was a Regent’s Scholar and member of the Pepperdine Choir.

Thursday afternoon, students gathered on campus for a time of prayer and reflection.

The university released a statement: “Our hearts are broken with the news of this profound loss. We offer our deepest condolences to the Housley family and ask that our community join us in keeping Alaina’s family, friends and loved ones in their prayers during this incredibly difficult time.”

Eleven other people were killed by the gunman, identified as Ian David Long, 28. Ventura County sheriff’s deputy Sgt. Ron Helus was also among the victims. The shooter was also found dead inside the bar.

Investigators are still working to figure out a motive.

Pepperdine University has determined that multiple students were at a…