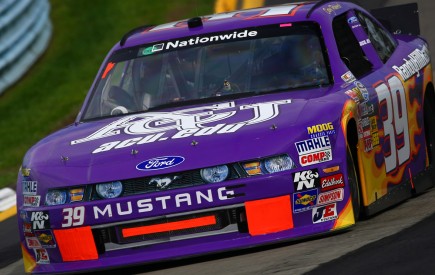 From Staff Reports
CHILDREN AND FAMILIES BELO HORIZONTE CHILDREN’S HOME BELO HORIZONTE, Brazil —  Two teenagers from Murfreesboro, Tenn., raised more than $60,000 for the children’s home.
The home, operated by American missionaries F. H. and Becky Gates, cares for nearly 20 street children in this city of 5 million people.
Hannah Wright and Rachel Young, both 17, at first decided to raise $10,000 of the $60,000 the home needed to meet operational expenses. But Bob Webb, an elder of the North Boulevard Church of Christ, where Rachel is a member, challenged them to raise all $60,000.
The girls contacted hundreds of people asking for support and hosted a variety of fundraisers from yard sales to lemonade stands. They recently received two checks that put them over the top, said minister David Young, Rachel’s father.

MOUNTAIN STATES CHILDREN’S HOME LONGMONT, Colo. —  Who would steal $6,000 in change from a Christian children’s home?
That’s the question facing Mountain States Children’s Home after a car burglary in Seattle.
Randy Schow, the home’s executive director, said $6,000 given to the ministry’s “Change Can Drive” was swiped during a recent fund-raising trip.
“This loss has brought much sadness and feelings of responsibility on our part,” Schow told The Christian Chronicle. “I am so sorry for this misfortune and for the inconvenience it has put upon anyone. I know there were many adults and children who worked hard to save their change for it to go to a good cause.”
Donations to the home can be made at www.msch.org or sent to 14780 North 107th Street, Longmont, CO 80504.
HIGHER EDUCATION CROWLEY’S RIDGE COLLEGE PARAGOULD, Ark. — Crowley’s Ridge received a $100,000 gift toward construction of new student apartments to be built on the 150-acre campus.
The gift from a longtime friend and supporter was part of a larger donation that also benefited the college’s endowment, President Ken Hoppe said.
Construction on the apartments is expected to be completed by fall 2012.
FAULKNER UNIVERSITY MONTGOMERY, Ala. — A patch of ground less than an acre is dishing up more than just fresh veggies at Faulkner University.
The garden serves an outdoor classroom.
But its real fruits — in the form of vegetables — benefit the low–income elderly at the retirement complex adjacent to campus.
“We are trying to connect with these residents by working in the garden together and offering them healthy food as a part of their diets,” said Dennis Itson, director of service learning at Faulkner.
HARDING UNIVERSITY SEARCY, Ark. — A group of Harding engineering students spent time in Haiti over the summer building a water well for an elementary school. The project was part of a new yearlong course at Harding called “Engineering Service Projects.”
Students worked alongside local Christians in Peltran, Haiti, engineering faculty member Rich Wells said.
OKLAHOMA CHRISTIAN UNIVERSITY OKLAHOMA CITY — Oklahoma Christian is searching for its sixth president. A committee is conducting a nationwide campaign for nominations and applications to succeed President Mike O’Neal, who will retire in 2012.
For more information, see www.oc.edu/president/search.
YORK COLLEGE YORK, Neb. — York has received a $1.25 million gift to fund the Roger Collins Endowed Chair for Business.
The gift will enhance the education of all business majors, President Steve Eckman said.
“Dr. Collins’ name and legacy are synonymous with integrity and should be permanently attached to the college,” Eckman said.
Collins taught at York for 29 years and served for much of his tenure as chairman of the business program and as cross country and track coach.
An elder of the East Hill Church of Christ in York, Collins suffered a heart attack and died last year at age 57.
MEDIA MINISTRIES HERALD OF TRUTH MBEYA, Tanzania — The Iyunga Church of Christ in this East African city hosted a two-day church leadership training seminar. Christians from countries including Uganda and Zambia attended, some traveling for five days at enormous personal expense, said Bill Brant, president of Abilene, Texas-based Herald of Truth Ministries.
Brant and Steve Ridgell, director of ministry for Herald of Truth, led the seminar. Moses Khome Banda coordinated the event with Tanzanian evangelist Samuel Mwakasungula.