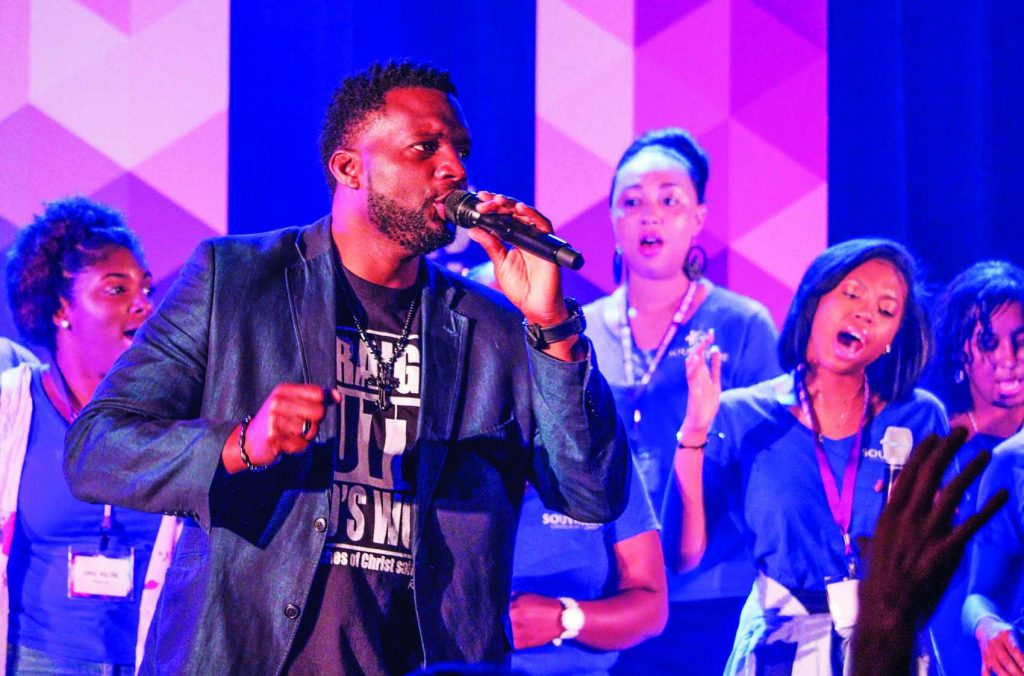 FEATURED PHOTO (above): John Malone with the a cappella group Committed from Athens, Ala., sings during the recent United Voice Worship Conference. More than 200 singers and worship leaders attended the conference, hosted by the Bammel Church of Christ in Houston. Sean Palmer served as the emcee, and Don McLaughlin and Orpheus Heyward spoke. The conference featured multi-racial worship, fellowship and conversation.

JESSIEVILLE, Ark. — SOZO Recovery Center — a faith-based recovery program for male addicts and alcoholics — has topped 25 baptisms since its founding five years ago, director Bob O’Dowd said. SOZO is a nonprofit subsidiary of the Hot Springs Village Church of Christ.

“This program of fully immersing our residents into the life of the congregation is succeeding where other programs have failed,” O’Dowd said. For more information, see www.sozorecoverycenters.com.

SEATTLE — The Wolflife campus ministry at Arkansas State University collaborated with the national Campus for Christ organization and Kairos Church Planting to launch a new campus ministry in the Pacific Northwest.

The new outreach at the University of Washington is called Sojourn Campus Ministry and involves a team of six.

Daniel and Holly Jarchow are the team leaders. Daniel serves full time, and Holly works as a speech pathologist. Devon Sears is the other full-time minister, and his wife, Diamond Sears, is a special education teacher. Ethan Pollard is also a teacher, and his wife, Heather Pollard, works at a school.

It’s one of only 12 schools in Florida and 342 schools nationally to receive the designation as an exemplary high-performing school.

Cheryl Bacon, chairwoman of ACU’s Department of Journalism and Mass Communication, recently took time off to help university trustee Eddie Sharp write a book on ministry. At the same time, she got a taste of Hawaiian hospitality. 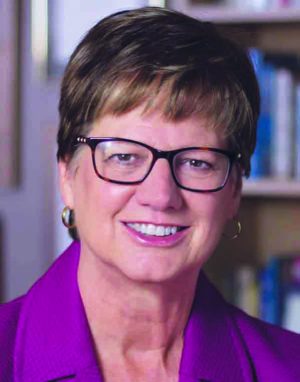 For more than two decades, Bacon had been urging Sharp, minister for the University Avenue Church of Christ in Austin, to write a book to help ministers be more effective. Bacon took it a step further by obtaining a sabbatical to focus on the book, allowing her to edit all of Sharp’s eight chapters and write two herself. That’s where the trip to Hawaii came in.

“Eddie does wonderful funerals and is extremely pastoral and caring to people in times of crisis,” Bacon said. “I told him, ‘You need to write a book about that. There are young ministers out there who need to hear what you have to say.’”

The president’s son praised Faulkner for maintaining its Christian values, its desire for truth and justice and its mission to build up young men and women over the decades.

“This is an exceptional place. There are not many like it, and that’s why Faulkner is so important today,” Trump Jr. said. “The example of Faulkner is what I want to talk about because Faulkner can save higher education by its example.”

The mission group from the U.S. came to the Ghanaian campus “to interact with some students and staff of HCC and see what the Lord is doing through HCC,” according to Heritage Christian’s newsletter.

The Lipscomb group earlier had visited the Village of Hope, a children’s home and Christian school in this West African nation.