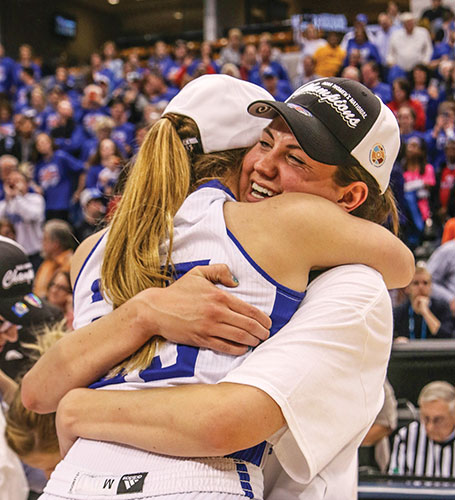 A fire blamed on a lightning strike heavily damaged the director’s cabin at Gander Brook Christian Camp, a mainstay of Churches of Christ in New England for six decades.

Insurance should cover some — but not all — of the rebuilding cost of roughly $80,000, leaders said. The uninsured portion could reach $20,000 to $30,000, said Park Linscomb, vice president of Gander Brook’s board and longtime minister for the Manchester Church of Christ in New Hampshire. Camp leaders set up a web page for donations. See our expanded coverage here.
child and family services
FOSTER’S HOME FOR CHILDREN

STEPHENVILLE, Texas — A tornado that swept through this central Texas town touched down on the campus of Foster’s Home as 48 children were asleep in bed.

“We are very blessed to say that there were no physical injuries,” said Glenn Newberry, president. “A number of structures were damaged, most heavily being the administration building.

“We were blessed in our community with an army of volunteers who descended on the campus within minutes of the tornado. After we evacuated our kids and caregivers to Camp Crucis in Granbury (who housed our kids for three days free of charge), work began on cutting up trees and twisted metal for removal. Our kids … came back days later to a largely clean campus, free of danger.” 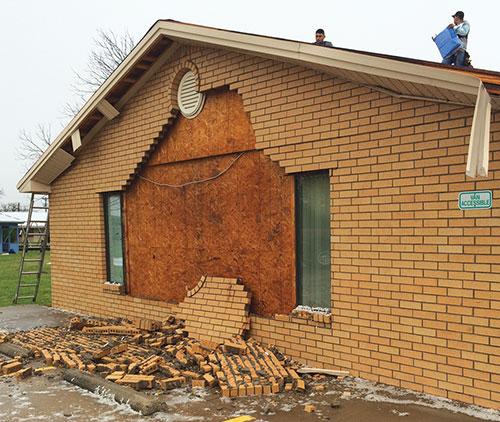 CLARKSDALE, Miss. — Hundreds of homes in northwest Mississippi were damaged by a recent flood — and many are uninsured, said Mike Baumgartner of Disaster Assistance CoC. The relief ministry has prepared and delivered thousands of meals to affected residents — including those displaced and living in hotels — and conducted Bible studies with those interested.

“This cleanup and rebuild is going to be a long process because there aren’t very many volunteers here helping,” Baumgartner said. For more information, see disasterassistancecoc.com.
HIGHER EDUCATION
YORK COLLEGE

YORK, Neb. — A dozen of the 340 inmates at the Nebraska Correctional Center for Women were the first to receive letters of acceptance from York College President Steve Eckman. The women will study in a new program, overseen by corrections officials, to earn associate’s degrees from the 413-student college, associated with Churches of Christ.

“We believe in the power of transforming lives through Christ-centered education,” said Terry Seufferlein, associate professor of Bible. “These women have shown a strong desire to improve their lives … and we are thrilled to be part of that.”

One of the students, Jennifer Kerby, told the York News-Times that part of her reason for pursuing a degree was “to make amends to society.” After graduation and her release, she hopes to train as a disaster rescue and recovery specialist.

“I really want to show society … my victims … that I am truly contrite,” Kerby said.
MEDIA MINISTRY 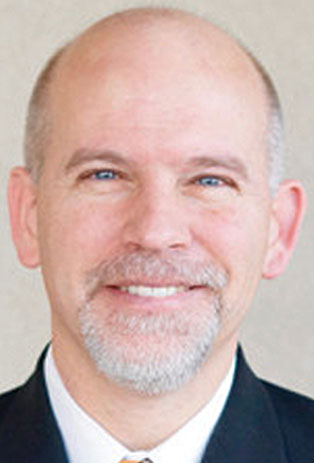 NASHVILLE, Tenn. — Randy Duke, an elder of the Mt. Juliet Church of Christ in Tennessee, has purchased the Gospel Advocate Company from Neil W. Anderson, who recently completed his 50th year in Christian retail and publishing.

“It’s an awesome responsibility,” Duke said of overseeing the company, which dates back to 1855 when Tolbert Fanning and William Lipscomb began publishing the Gospel Advocate magazine. The work has grown to include one of the largest publishing houses serving Churches of Christ.

“I want the Gospel Advocate to remain committed to being the always reliable source of support for Christians around the world,” Duke said, “while developing resources for multiple generations.”