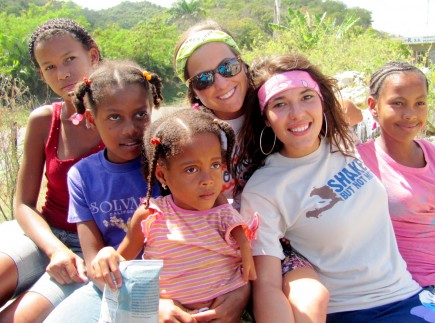 By From Staff Reports
CAMPUS MINISTRIES GEORGIA CHRISTIAN STUDENT CENTER ATHENS, Ga. — Coffee house/open microphone nights have been a hit for a while at the Georgia Christian Student Center.
This year, the campus ministry at the University of Georgia tweaked its approach. “We decided to attach a cause to each coffee house,” campus minister Adam Daniels said. “So far this year, we’ve had four in which we raised money, coats, soup, etc.
“With each coffee house, there was a component of advertising on campus, which raised a lot of questions and allowed students to have interesting conversations with people who may not believe in God.”
HIGHER EDUCATION FAULKNER UNIVERSITY MONTGOMERY, Ala. — Faulkner University recently hosted a Special Olympics basketball tournament.
Faulkner students, faculty and staff members pitched in to help, serving as referees, scorekeepers, medal presenters and encouragers.
LIPSCOMB UNIVERSITY NASHVILLE, Tenn. — Lipscomb’s Hazelip School of Theology has received accreditation by the Association of Theological Schools. The accreditation follows the establishment of Lipscomb’s Doctor of Ministry degree.
The premier national accrediting body for seminaries lauded Lipscomb’s faculty as “grounded in both the academy and practical ministry, which enhances the ability to educate students who are preparing for either academic or ministry-oriented careers.”
K-12 CHRISTIAN SCHOOLS CHRISTIAN HOME & BIBLE SCHOOL MOUNT DORA, Fla. — Junior Chelsea Massaro received the “Best of Show” award at the Lake Regional Science Fair. Really, though, that’s nothing new.
Her recent win marked the fifth straight year that she has earned that honor.
“Chelsea is a bright student with an outstanding future ahead of her,” headmaster Pat Todd said.
MINISTRY TRAINING BRITISH BIBLE SCHOOL CORBY, England —The school recently received a limited-edition facsimile of the Codex Sinaiticus.
Discovered in a monastery in Sinai in 1859, the manuscript contains almost the entire New Testament in Greek. The original is housed at the British Library. The school purchased a copy with donations from the Thomas Blackmore Fund and Eye-Opener Publications.
“Without a doubt, this will be a most valuable teaching tool,” said Patrick Boyns, a teacher at the school, “and should serve the students for whatever years might lie ahead.”
PRESTON ROAD SCHOOL OF PREACHING DALLAS — Alumni of the now-defunct Preston Road School of Preaching and Center for Christian Education plan a reunion July 30 at the Preston Road Church of Christ.
For details, contact Chris Vidacovich, minister of the Chandler Street Church of Christ in Kilgore, Texas, at [email protected]
THE CHRISTIAN CHRONICLE COLORADO SPRINGS, Colo. — The Christian Chronicle hosted the National Trustee Conference, designed to promote mutual awareness and cooperation among Christian higher education institutions.
Paul Corts, president of the Council for Christian Colleges and Universities in Washington, D.C., gave the keynote address on “Trends and Challenges in Higher Education.” The conference drew 77 administrators and trustees representing 11 colleges and universities associated with Churches of Christ. Speakers included Barry Packer, Jeanine Varner, Monte Cox, Joe Wiley and Deon Fair.
“The Chronicle and its board of trustees were pleased to bring together these key leaders who share a common love for Christian education,” said Lynn McMillon, editor, president and CEO.