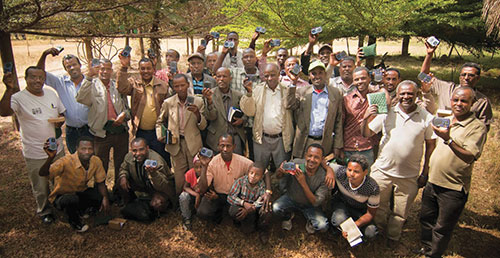 “Reclaim: First Century Power & Purpose” served as the theme for the recent seventh annual Family Vacation retreat hosted by Campus Ministry United. All keynotes and classes drew insight from the Book of Acts.

“Practical topics were tackled: how to study your Bible, handle conflict, deal with temptation, be bold in outreach, be led by the Spirit,” said Wes Woodell, Campus Ministry United’s administrative director. “But the overall emphasis was on equipping students to carry out the Great Commission on their respective campuses leading into the spring semester.”

LUBBOCK, Texas — Al and Pat Smith, longtime friends and supporters of Lubbock Christian, will make a $5.7 million gift in support of the College of Biblical Studies.

The university said the gift will endow the college and fund renovations and improvements to the C.L. Kay Christian Development Center, which houses the Bible school.

Al Smith served on LCU’s board of trustees for more than a decade and also serves on Great Cities Missions’ board. As members of the Central Church of Christ in Amarillo, Texas, the Smiths have cooked and served monthly meals for retirees in their downtown church neighborhood.

“Al and Pat Smith exhibit the servant heart described in Scripture and modeled in the life of our Savior,” said Jesse Long, the Bible college’s dean.

In addition to a $275,000 student-directed gift, the university reached the goal through a $1 million donation by food service provider U Dining, a $1 million grant from the Mabee Foundation and more than $3 million in additional support from the Gaylord Foundation and individual donors.
VICTIM OUTREACH
NEW FRIENDS NEW LIFE 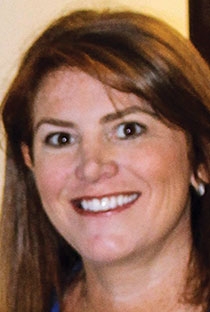 Katie Pedigo, a member of the Preston Road Church of Christ in Dallas, serves as executive director of the faith-based nonprofit New Friends New Life.

“It’s a win for Dallas,” Pedigo, whose organization works with women and girls who have been trafficked, told The Dallas Morning News. “I admire our mayor’s leadership and support the council people I knew would have courage to make this decision.”