About 5,000 members of Churches of Christ lift their voices to God during the recent 50th anniversary Diana Singing, which is held in a small community off Interstate 65, south of Nashville near the Alabama state line. The twice-yearly singing event began in 1969 and occurs on the second Friday and Saturday nights of June and September each year. Tom Holland, a longtime minister and song leader who helped launch the Diana Singing, died earlier this year at age 87. For more information, see dianasinging.com.

OKLAHOMA CITY — Minister Scott Laird, who has served the Great Falls Church of Christ in Montana since 1994, has been named to The Christian Chronicle’s board of trustees. Outgoing Chronicle President and CEO Lynn McMillon announced Laird’s appointment to the 18-person board. 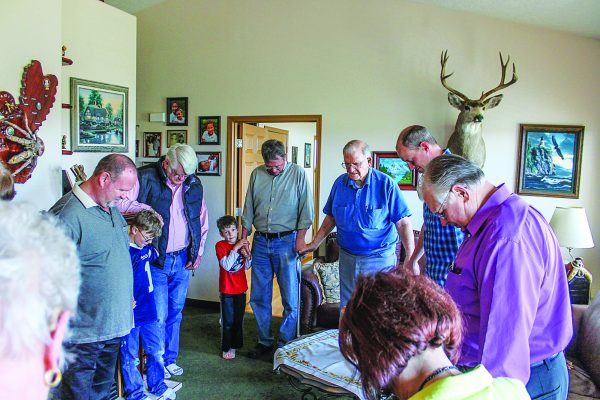 Scott Laird, center, prays before a meal at a Great Falls elder’s home in 2013.

“Scott is a highly respected leader of Churches of Christ in the Great Plains and neighboring Canada,” Editor-in-Chief Bobby Ross Jr. said. “He is a longtime friend of the Chronicle.” 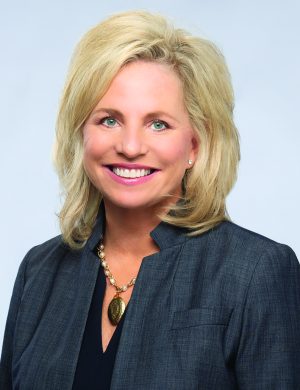 MALIBU, Calif. — Dee Anna Smith, CEO of Sarah Cannon, the Cancer Institute of HCA Healthcare, has been appointed chair of Pepperdine’s board of regents. Smith is the first Pepperdine graduate to chair the board as well as the first woman to occupy the position.

“I am thrilled that Dee Anna Smith will be lending her unique perspective and extraordinary skills to help shape and direct the policies of the university,” said Jim Gash, president-elect of Pepperdine.

Smith’s responsibilities will include guiding the board to advance Pepperdine’s progress, welcoming a wide array of perspectives and ideas,  helping generate financial resources and fostering academic excellence and spiritual growth in all students, according to a news release.

She is a member of the Churches of Christ and attends Ethos Church in Nashville, Tenn.

Seamster said the decision by the Southern Association of College and Schools (SACS) Commission on Colleges offers “amazing new hope” for the only historically black college associated with Churches of Christ.

“This is very positive news,” he said. “In an academic climate where so many HBCUs (historically black colleges and universities) are not meeting accreditation standards and being closed, being sanctioned or placed under conditional oversight, this is such a tremendous blessing.”

The light sanction, Seamster said, relates to a warning regarding a tardy audit. SACS will grant Southwestern Christian up to 12 months to provide a timely audit with an update on fiscal responsibility. 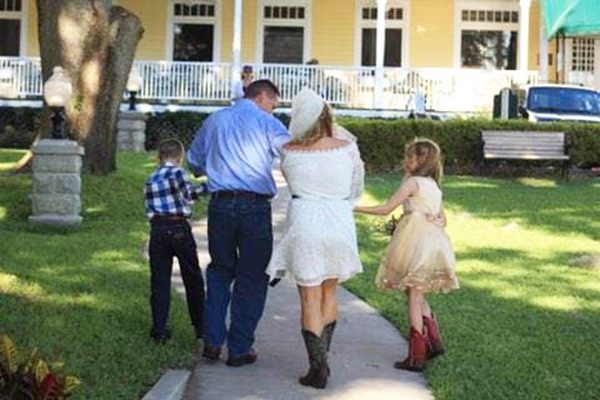 The happy family after the wedding of Neil and Melissa Zierden.