MOBILE, Ala. — Mayor Sandy Stimpson was on hand recently to help celebrate the first new construction on Mobile Christian School’s campus in more than 15 years. 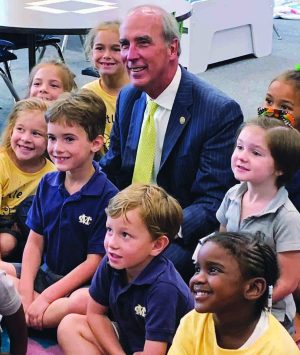 Sandy Stimpson, mayor of Mobile, Ala., joins students in one of the new elementary classrooms at Mobile Christian School.

“This looks like Disney!” one young student exclaimed upon touring the new, 23,000-square-foot elementary complex.

Sixteen classrooms have been outfitted inside with updated technology that “wows the kids and parents when they enter the hallways,” said David Pahman, head of the school.

“This building provides an amazing atmosphere for students to grow and learn,” Pahman said. “In the hallways we have honored our police and firemen, built a courthouse and so many more buildings.”

Mobile Christian opened in 1962 with the Pleasant Valley Church of Christ serving as the location until 1972. The school has 700 students in pre-K through 12th grade and employs more than 50 teachers and staff members.

MOCKSVILLE, N.C. — The Carolina Bible Camp Bluegrass Festival was honored recently as one of the state’s finest such events in a survey conducted by Carolina Country magazine.

“We are thrilled and grateful for this honor,” board Chairman David Allgood said. “Every year, our goal is to hold a festival that is successful as God defines success and to raise money and keep kids going to camp. It’s very exciting to hear that Carolina Country readers are pleased with that.”

Now in its ninth year, the festival is held on the first Saturday of September at the camp’s 68-acre complex in Mocksville, 25 miles southwest of Winston-Salem.

Seven weeks of summer camps are offered, as are a weekend encampment and a special summer weekend for campers with special needs. For more information, contact Executive Director Randal Burton at [email protected]. 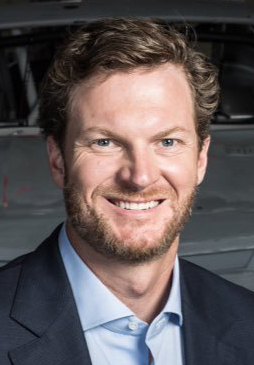 As part of the night’s entertainment, Shannon and Earnhardt conversed at length about No. 88’s career — including stories about his first driving experience, reacting to losses on the racetrack and the death of his father, Dale Sr. The son retired in 2017 and provides race commentary for NBC.

Shannon praised Earnhardt for his honesty in “Racing to the Finish: My Story.” The driver wrote in his memoir that he had suffered in silence through racing-related concussions and rehabilitation but is now focused on being “a great husband and father” as well as promoting the sport and worthy causes.

“I always had a Scripture in my car, and without it I was very concerned,” Earnhardt said, noting that the strips of paper were posted on his dashboard and had always been a gift from Stevie Waltrip, wife of NASCAR Hall of Famer Darrell Waltrip, before each race.

At the end of the event, Earnhardt was presented with a Bible by Student Government Association President Samantha McMillan. 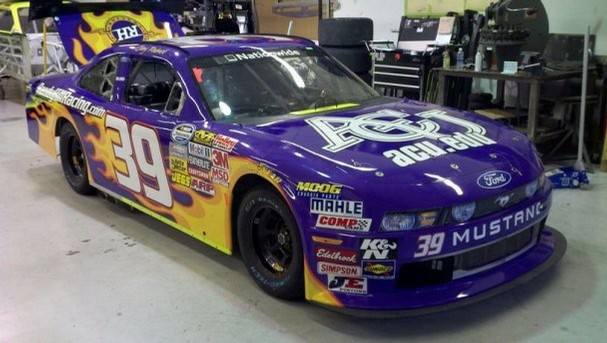 The No. 39 car to be driven Saturday for Randy… 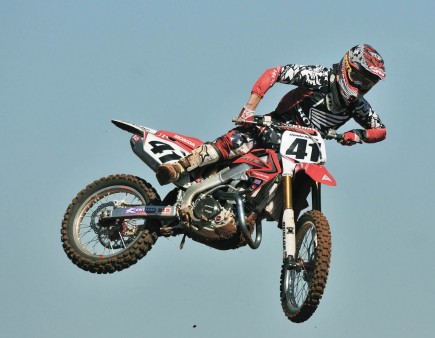 FABULOUS FIVE: Five Christian athletes who just might inspire you

Trey Canard, a member of the Central Church of Christ…