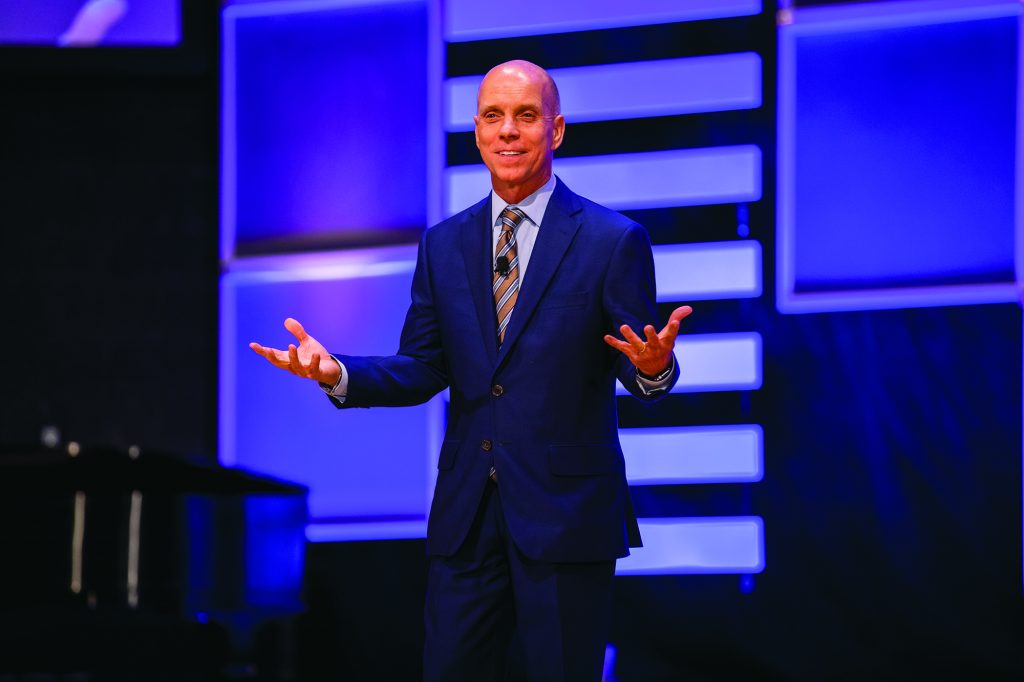 FEATURE PHOTO (above): Gold medalist Scott Hamilton recounts his rise from unwanted son of an unwed mother to Olympic glory as a figure skater. Adopted when he was six weeks old, Hamilton spoke at a recent benefit dinner for Freed-Hardeman University in Henderson, Tenn., raising $1,245,000.  Hamilton, who often talks about his Christian faith, was baptized in the swim facilities at Pepperdine University in Malibu, Calif. 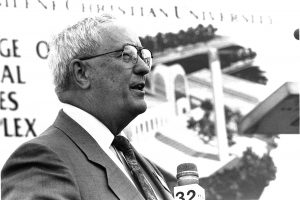 William Teague at a groundbreaking

With an emphasis on fundraising, he oversaw the transformation of the campus, leading to the construction of the Mabee Business Building and the Onstead-Packer Biblical Studies Building as well as the relocation of Judge Ely Boulevard.

ACU’s Teague Boulevard opened in 1992 and was dedicated in August of that year, serving as a new front entrance to the university.

Across campus, the Margaret L. and William J. Teague Center was dedicated in his and his wife Peggy’s honor in 1999.

“Dr. Teague’s spirit of innovation is evident everywhere on campus, and that influence will far outlive him,” ACU President Phil Schubert said.

HOUSE TO HOUSE/HEART TO HEART

JACKSONVILLE, Ala.  — The House to House School of Evangelism has been launched to “train the saved to teach the lost.” The school is an effort by House to House/Heart to Heart to share the Gospel with contacts made through the national publication ministry, which is sponsored by the Jacksonville Church of Christ.

“House to House/Heart to Heart has produced thousands of prospects since its inception,” said Matt Wallin, who signs up churches for the program. “Too many times, this low-hanging fruit has gone unpicked due to a lack of training in how to effectively harvest it.”

For years, churches have requested help to teach those who make contact with them, Wallin said. Rob Whitacre has been hired to start the school and lead personal evangelism seminars. 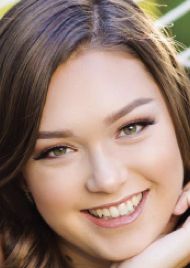 MALIBU, Calif.  — The Alaina Housley Memorial Endowed Scholarship Fund has been established to honor the 18-year-old Pepperdine student who died in the Nov. 8 mass shooting in Thousand Oaks, Calif.

So far, 113 donors have given more than $135,000 to the scholarship fund. A memorial service honoring Housley’s life was conducted Nov. 28 at Pepperdine’s Firestone Fieldhouse.

“We are touched deeply and indelibly by this loss to our community and Alaina’s loving family,” Pepperdine President Andrew K. Benton said. “Those who knew her loved her; she completed our campus family and made us better.”

Southwestern, the only historically black college associated with Churches of Christ, received a $100,000 prize.

The check was presented by stars of the 1980s and 1990s television show “A Different World,” including Jasmine Guy (Whitley), Kadeem Hardison (Dwayne), Cree Summer (Freddie) and Darryl Bell (Ron) 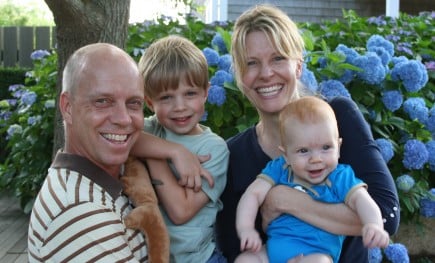