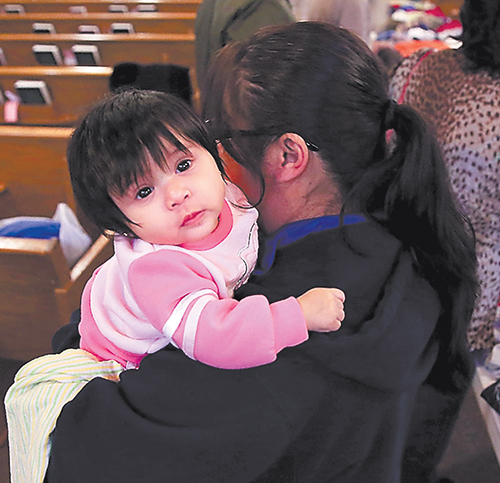 FAULKNER UNIVERSITY
MONTGOMERY, Ala. — President Billy Hilyer said he is “very shocked and disappointed” after the off-campus shooting death of Ryan Brooks, a student who played football for the university, and the arrest of three other student-athletes, Marshall Wall, Ronnie Williams and Tabias Russell.
According to court documents, the four students attempted to enter the home of another Faulkner student and former athlete in an attempt to steal illegal drugs. The homeowner shot Brooks in self-defense.
Hilyer promised decisive action to assess the scope of drug-related issues on campus, including a more rigorous drug-testing policy for athletes, a review of the vetting process for prospective students and a confidential process for reporting activity involving drugs.
“This tragic incident is completely counter to everything that we stand for at Faulkner,” Hilyer said. “Faulkner University is a Christian university, not only in name but in the way we conduct ourselves, as an example of Jesus Christ.”

HENDERSON, Tenn. — Freed-Hardeman University canceled a scheduled appearance by comedian Bill Cosby at its Dec. 5 fundraising dinner.
Recent sexual assault allegations against Cosby “overshadowed the FHU Benefit Dinner’s mission of helping students,” said university spokeswoman Dawn Bramblett.
Dr. Ben Carson, a renowned neurosurgeon, author and political commentator, spoke instead at the 50th annual dinner.
“I thank our board and administrative team, who have sought wisdom in carrying out this milestone celebration,” President Joe Wiley said.
HARDING SCHOOL OF THEOLOGY
MEMPHIS, Tenn. — The Harding School of Theology honored Don and Evelyn Meredith at a recent dinner celebrating the 50th anniversary of the school’s library, built in 1964.
The Merediths have served Harding for a combined 80 years, and Don is one of only two people who have served as the library’s director. The other was Annie May Alson Lewis. The Merediths continue to work in the library. 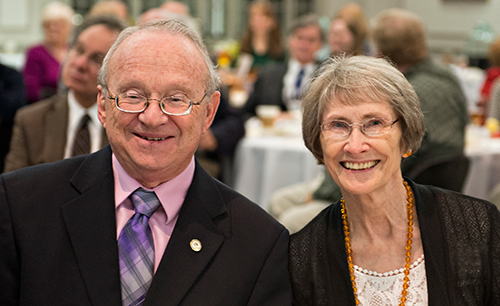 Don and Evelyn Meredith were honored for their years of service to Harding. (PHOTO PROVIDED BY BOB TURNER)
K-12 CHRISTIAN SCHOOLS
VIRUNGA VALLEY ACADEMY
MUSANZE, Rwanda — School is in session for the Virunga Valley Academy Silverbacks. The international school, taught by American teachers, recently welcomed 17 students in grades pre-kindergarten through 12.
“We believe VWA will be a blessing to our community and city,” missionaries Matt and Andrea Miller said, allowing them to “provide a solid platform from which to continue our discipleship and leadership-training ministry.” The couple seeks teachers for the 2015-16 school year. See virungavalleyacademy.org.