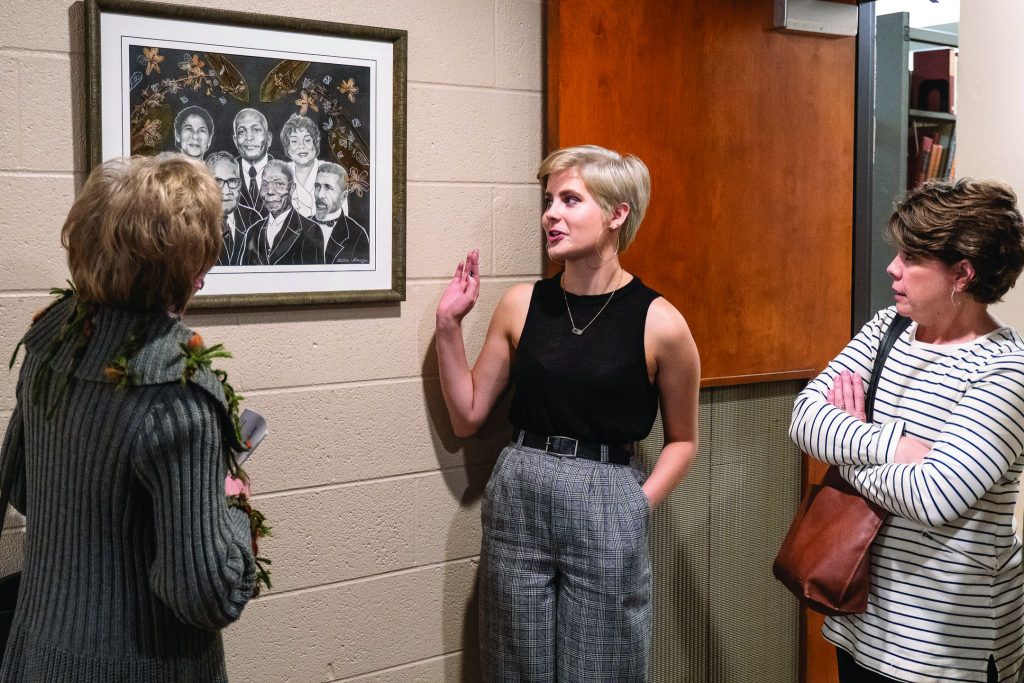 MEMPHIS, Tenn. — “Every Voice: A Portrait of African-American Churches of Christ” now hangs in the entrance of Harding School of Theology’s Meredith Restoration History Archive.

Artist Ella Kennin, a first-year student at the University of Memphis and a member of the Church of Christ at White Station, created the 16-by-20-inch graphite on paper with embedded dried flowers. 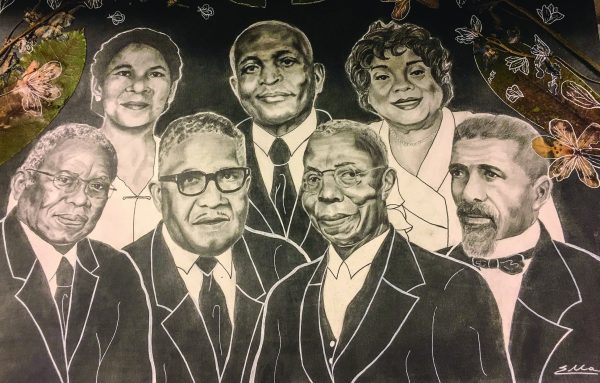 “I was glad HST unveiled art that recognized African-Americans who significantly contributed to God’s kingdom,” said Harold Redd, minister for the Midtown Church of Christ.

Guests could read about the figures on panels mounted around the seminary’s library.

The event included a piece of spoken word poetry by Wesley Hargon, youth minister for the Millington Church of Christ. 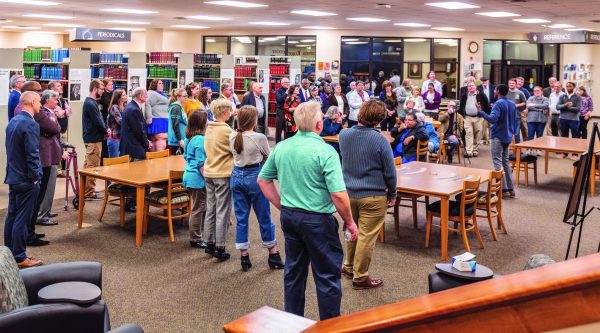 A crowd gathers for the unveiling of Ella Kennin’s artwork featuring significant figures in African-American churches. 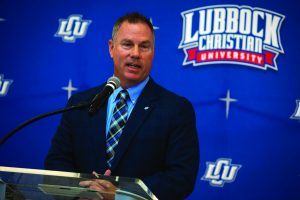 David Fraze at the announcement of the gift.

The gift will establish the James A. “Buddy” Davidson Charitable Foundation Chair in Youth and Family Ministry. The funds will support a faculty position, provide resources for faculty development and research, and offer scholarships for students.

Jeff Cary, the Bible college’s dean, announced at a recent news conference that David Fraze, associate professor of youth and family ministry, will receive the first appointment to the endowed chair.

PEPPERDINE UNIVERSITY MALIBU, Calif. — Business innovator, civic leader and philanthropist Rick J. Caruso and his wife, Tina, have made a $50 million commitment to the Pepperdine School of Law, which will be named the Rick J. Caruso School of Law in recognition of the gift.

The contribution, made through the Caruso Family Foundation, will expand educational access to underserved student populations as well as fuel several initiatives to strengthen the law school’s academic programming, Pepperdine officials said. Rick Caruso is a Pepperdine law alumnus, earning his Juris Doctor degree in 1983. 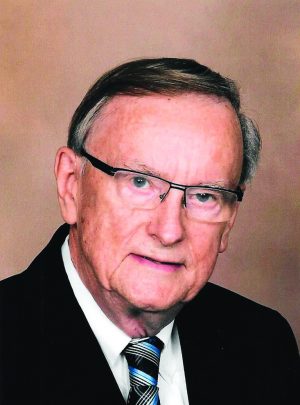 MAGNOLIA MESSENGER KOSCIUSKO, Miss. — Al Franks, publisher and editor of the Magnolia Messenger Christian newspaper for 40 years, died Oct. 16 after falling and hitting his head. He was 80.

“Al was a preacher, a publisher and a pilot,” said his obituary, published before his memorial service at the Huntingdon Street Church of Christ.

Franks gave his first Bible talk when he was 9 years old and preached the Gospel for 70-plus years. 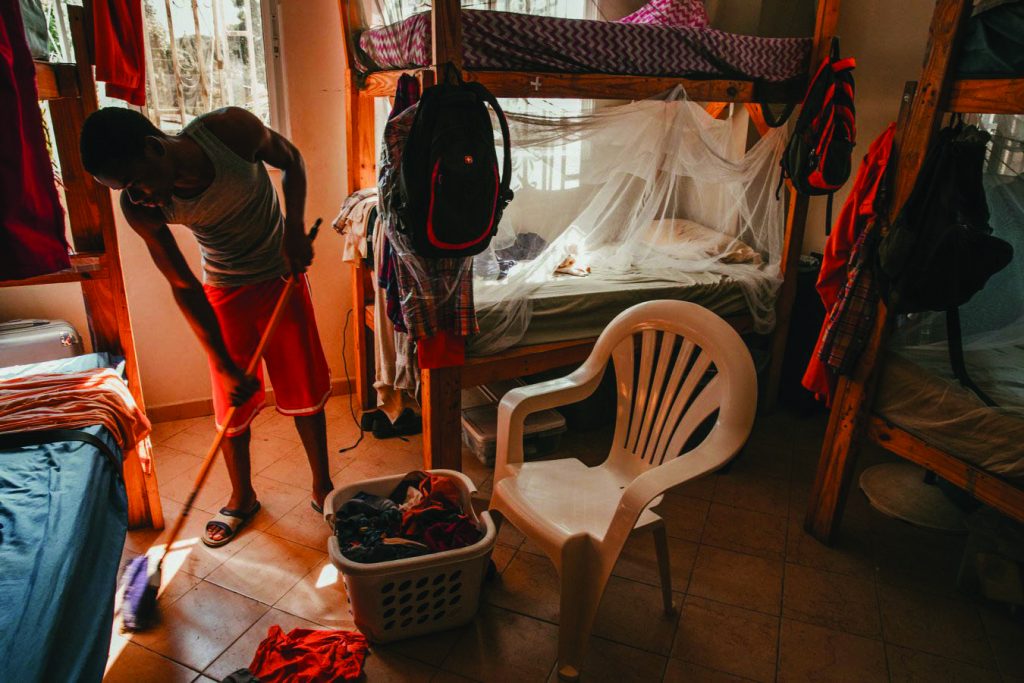 Featured photo (above): A boy named Jhonny works on chores…