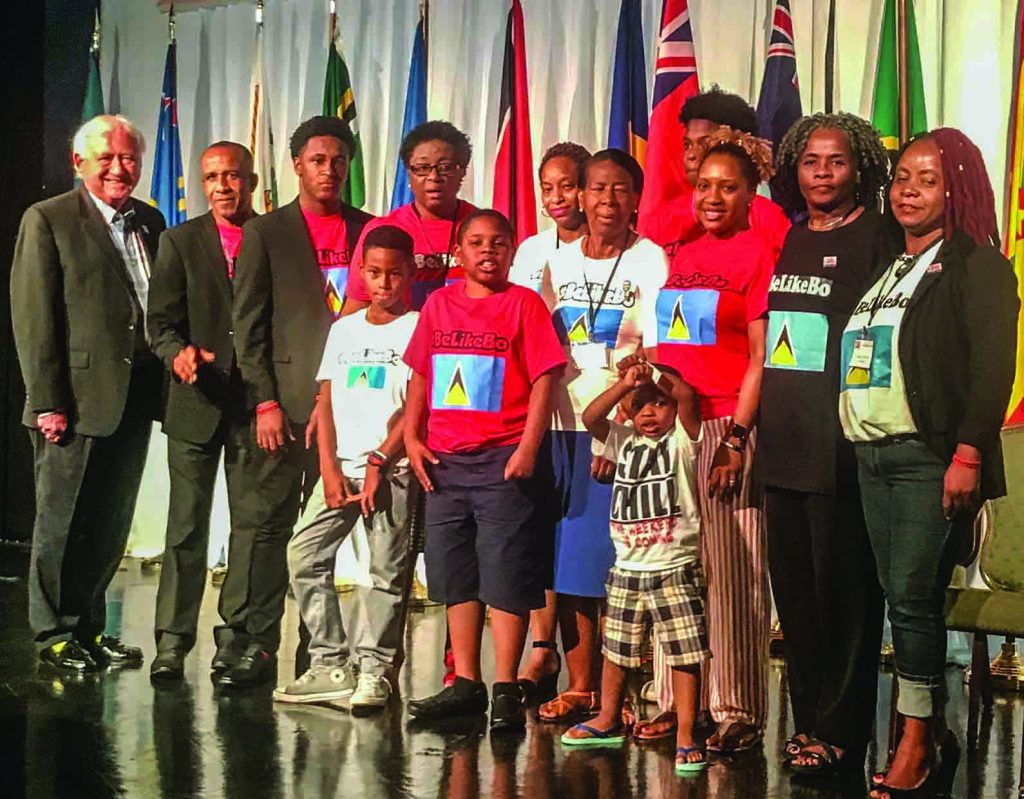 Featured photo (above): Loved ones of Botham Shem Jean, a native of the island of St. Lucia, enjoy a moving moment at the recent 49th annual Caribbean Lectureship in Southampton, Bermuda. 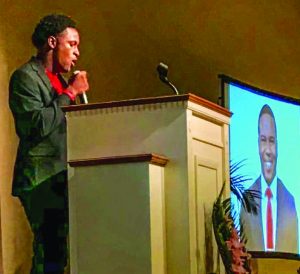 Above, the Jean family poses for a photo with Ken Dye, the lectureship’s founder. At right, Brandt Jean, Botham’s younger brother, leads two songs in his brother’s memory.

Botham Jean, 26, was shot to death in his own apartment by an off-duty Dallas police officer last year. He was a member of the Dallas West Church of Christ and a graduate of Harding University in Searcy, Ark.  “He was a great song leader and a big part of the Caribbean Lectures,” Dye said after Botham Jean’s death.

The dining hall that has served the camp since 1963 was converted from its original purpose as a nightclub and dance hall.

Plans for the new, 8,000-square-foot structure call for a commercial kitchen, dining space for nearly 300, directors’ quarters, a nurse’s station, a conference room for counselors, a camp store, restrooms, an office and a laundry room.

LUBBOCK, Texas — Lubbock Christian University’s board of trustees has appointed an interim leadership team after the departure of President Tim Perrin, who left to become senior vice president of Pepperdine University in Malibu, Calif.

The team consists of Al Roberts, president of the LCU Foundation and a former LCU board member; Foy Mills, provost and chief academic officer; and Brian Starr, executive vice president.

The three will work closely together to manage daily operations until a new president is appointed.

“President Perrin has a talented, seasoned team in place that is very capable of keeping the momentum going as we search for the next individual God has in mind to lead LCU,” board Chairman Terry Creech said.

KUMASI, Ghana — Prisoners in this West African city received medical care and words of encouragement from members of Churches of Christ.

The medical mission inside the Manhyia Local Prison, which holds about 250 inmates, was a partnership between Searcy, Ark.-based International Health Care Foundation/African Christian Hospitals, which oversees the Church of Christ Mission Clinic in Kumasi, and the Bomso Church of Christ.

“We were able to bless these inmates with malaria treatment medicine, antibiotic needs, wound care, deworming medicines,” the ministry reported in a recent newsletter. “We thought this was an especially good match since the Bomso church has an ongoing prison ministry in this facility.”

DEDZA, Malawi — Two instructors at this southern African institute, which is associated with Churches of Christ, received their bachelor’s degrees from Sunset International Bible Institute in Lubbock, Texas. They are Solomon Wellos and Herbert Phuka.

“This opens the door to MIBI being a fully accredited school,” said Mike Ferris, president of the school’s board of trustees. That means that the institute “will be able to offer full bachelor’s and preaching degrees to students from around the world.”

During a visit to Malawi, Ferris worshiped with the Salima-Kapezi Church of Christ, where MIBI students and staff had recently completed a preaching campaign. The campaign resulted in 21 baptisms. 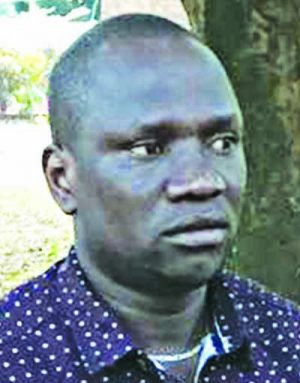 CHIMALA, Tanzania — In this East African nation, 21 men are in their second year of training at the school, which is associated with Churches of Christ. Thirteen are in a Swahili-language degree program, and eight are pursuing their degrees in English.

“The students are in class during the week, and on the weekends they are out doing evangelistic work with the area congregations,” said administrator Menard Swilla. This summer they began working with the Gospel Chariot ministry.

The school is “completely dependent upon funds for support from America,” Swilla said, “but we are hoping to change some of that through a farming project.”