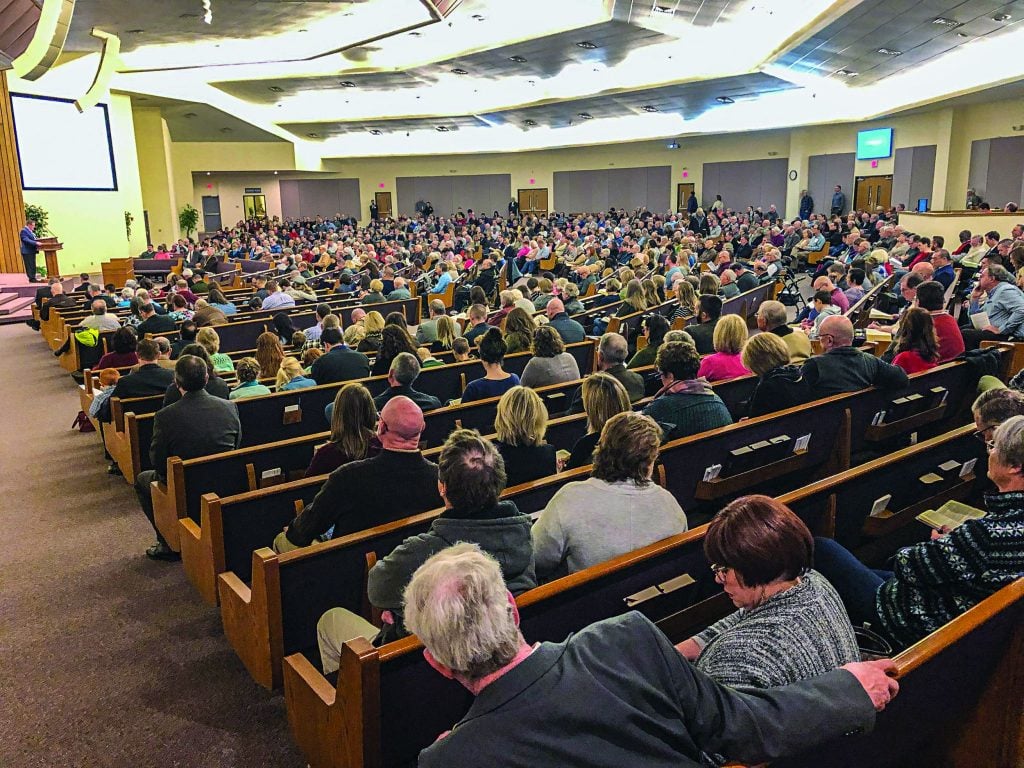 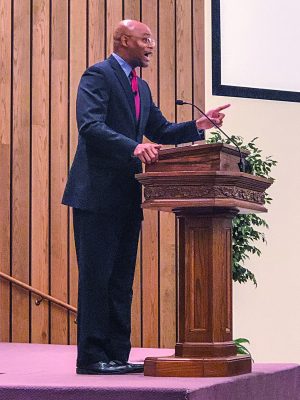 Melvin Otey of Faulkner University discusses the illegalities of the trial of Jesus.

OKLAHOMA CITY — Hundreds of Christians shared a weekend of fellowship, gospel messages and Bible classes at the recent Affirming the Faith seminar, hosted by the North MacArthur Church of Christ.

The seminar is an effort by Oklahoma congregations “to provide a day of teaching on important matters of faith,” according to the seminar’s website.

“That You May Believe: Gospel of John” was the theme. Melvin Otey, associate professor of law at Faulkner University in Montgomery, Ala., spoke on “The Trial of Jesus.” Other speakers included Bruce McLarty, Howard Norton, Denny Petrillo, Steve Higginbotham and Steve Cloer.

Listen to audio from the keynotes and classes here. 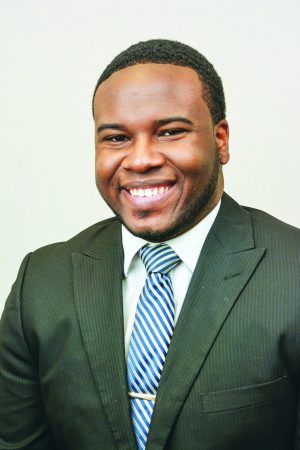 SEARCY, Ark. — Harding, in cooperation with PwC, formerly known as PricewaterhouseCoopers, and the family of Botham Jean, has established the Botham Jean Memorial Scholarship Fund.

Jean, a 2016 Harding alumnus originally from the Caribbean island nation of St. Lucia, was shot to death by an off-duty police officer in his Dallas apartment on Sept. 6, 2018. The officer, Amber Guyger, was fired and awaits trial on a murder charge.

Jean, a 26-year-old risk assurance associate with PwC, was a teacher, song leader and occasional preacher for the Dallas West Church of Christ, his home congregation.

AUBURN, Ala. — Members of the Auburn Christian Student Center planned to travel to historic Williamsburg, Va., during spring break but changed plans to help in recovery efforts after tornadoes devastated nearby communities in Lee County including Beauregard. Other members of the campus ministry and its sponsoring congregation, the Auburn Church of Christ, joined in the debris removal and cleanup.

“We are thankful (to) have been able to serve our neighbors this week,” the ministry posted to social media. “Keep the folks in the Beauregard community in your prayers.” 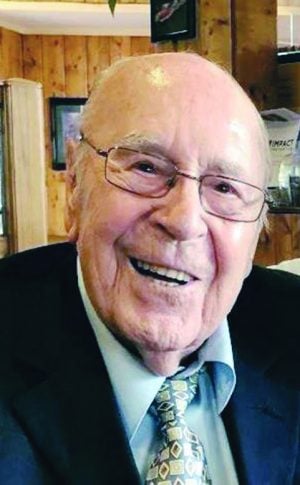 Melvin Otey of Faulkner University discusses the illegalities of the trial of Jesus.

FRANKLIN, Tenn. — When Maurice Hall served in the U.S. Army, he was involved in setting up and shipping shortwave radio equipment for President Franklin D. Roosevelt’s use at Yalta in 1945.

Hall came up with the idea of transmitting the Gospel all over the world via shortwave radio.

That vision became World Christian Broadcasting, a ministry associated with Churches of Christ that broadcasts from two stations, blanketing the globe with faith-based programming in multiple languages.

Hall died March 8 at his home in California, three days after his 99th birthday. In addition to his radio work, he served as a minister and as a missionary in the Philippines and Vietnam.