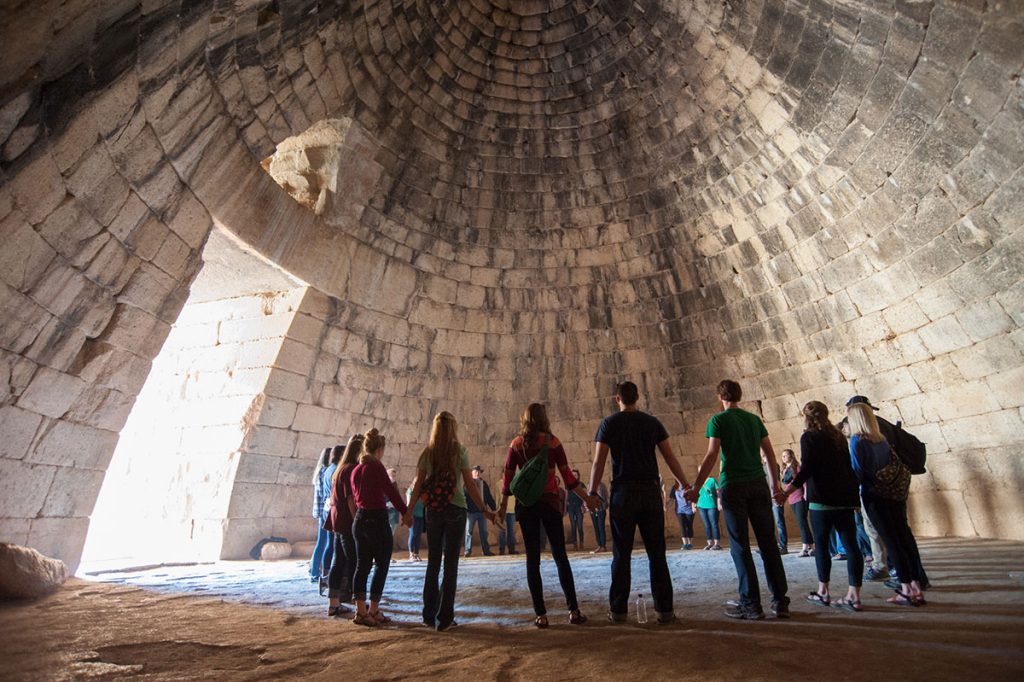 After five years of service, Mission Providence — which rescues abandoned babies — plans to close Aug. 1.
A lack of funding prompted the decision, executive director Stephen Sheasby said.
“These past five years have been a tremendous journey, from setting up feeding/care points in Swaziland … to establishing our Blessed Beginnings baby rescue home in Durban,” Sheasby wrote on the ministry’s website. “Your support has helped us touch the lives of countless children and their families, especially the 12 babies we’ve had at the home.”
The ministry seeks funds to continue operating while wrapping up operations. 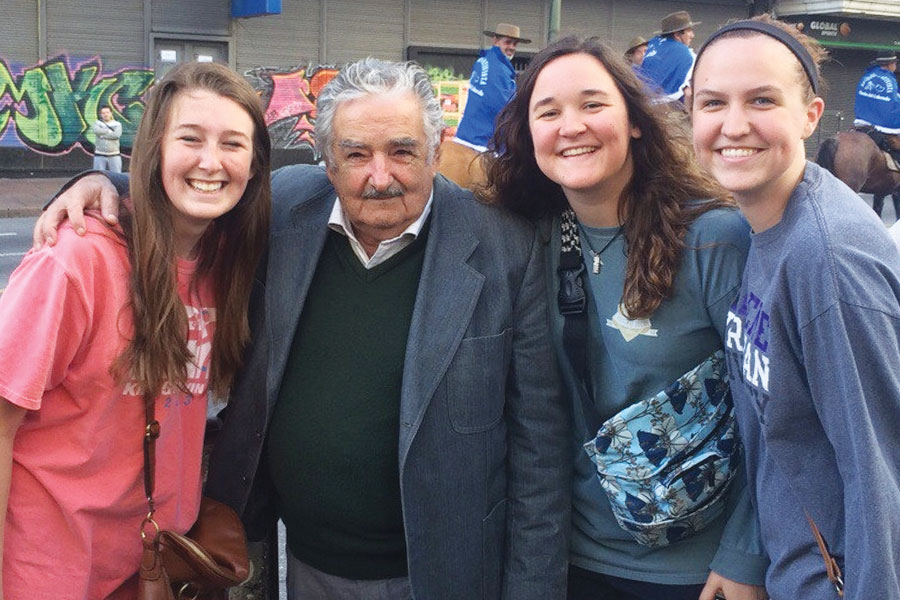 Lindsay Urban, Anna Beasley and Elise Brimberry with Uruguayan President Jose Mujica. (PHOTO PROVIDED BY ACU)
Just ask Abilene Christian University students Lindsay Urban, Anna Beasley and Elise Brimberry.
Recently, on a public street in the Uruguayan oceanside capital of Montevideo, they ran into the unconventional president of their host country.
Jose “Pepe” Mujica has been the elected leader of his South American nation since 2010. He leads a casual, offbeat lifestyle, refusing to reside in the lavish house provided for the country’s leader. He drives a 1987 Volkswagen Beetle and gives most of his $12,000-a-month salary to charity.
FREED-HARDEMAN UNIVERSITY
HENDERSON, Tenn. — The Association of Theological Schools has accepted the Freed-Hardeman Graduate School of Theology’s petition for candidacy for accredited status.
“We will begin immediately to complete our initial self-study in anticipation of a successful request for accreditation within the next two years,” said Mark Blackwelder, the FHU program’s director.

OKLAHOMA CHRISTIAN UNIVERSITY
OKLAHOMA CITY — Oklahoma Christian University is launching an online RN to BSN degree completion program.
Oklahoma Christian will offer two classes every eight weeks, allowing students to complete the entire program and earn their bachelor’s degrees in nursing in 16 months.
The online courses will make the program available to nurses who live and work in rural areas and in jobs where a traditional four-year degree would be impossible, officials said.