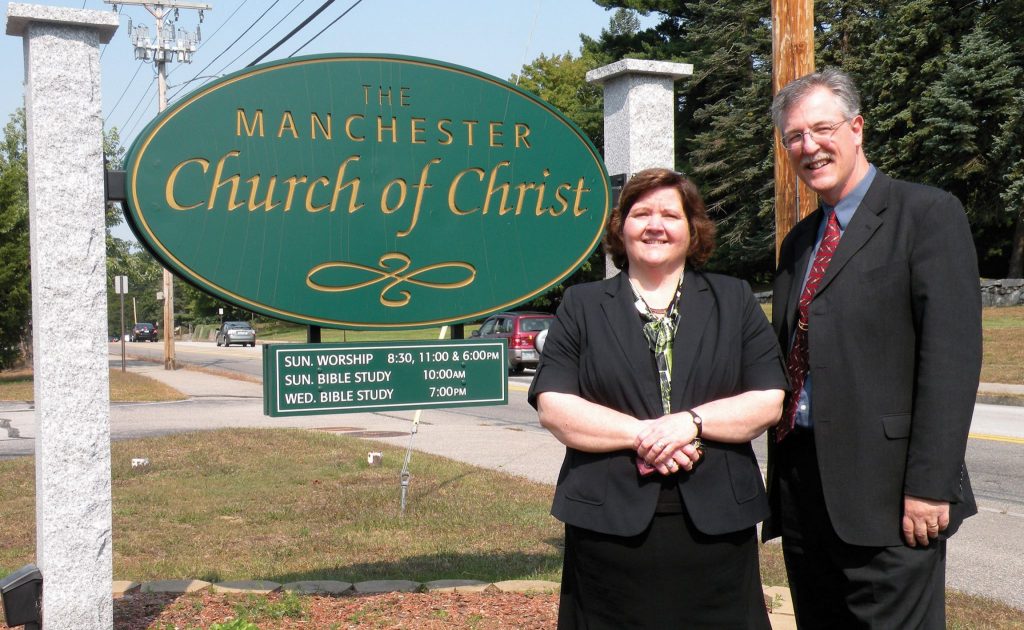 Park Linscomb, a Texas native who became one of New England’s longest-tenured ministers, recently returned to his roots.

After serving the Manchester Church of Christ in New Hampshire for 46 years, Linscomb and his wife, Linda, moved back to the Lone Star State.

“We wanted to be nearer to grandchildren as an original motivator, but we found a wonderful congregation with which to work,” said Linscomb, now preaching for the Rock Hill Church of Christ in Frisco, north of Dallas. “God has blessed us tremendously.”

A 1974 Bible graduate of Lubbock Christian University, Linscomb first traveled to New England to serve as an assistant director for Gander Brook Christian Camp, a camp in Maine that is associated with Churches of Christ. Over five decades, he served in a variety of roles for the camp, including as president.

From 2011 to 2014, he directed the Gander Brook Center for Christian Leadership, a school to train men for service as preachers, elders, deacons or leaders in small New England congregations.

At age 22, what attracted you to New Hampshire?

I was very interested in mission work through the influence of Lubbock’s Green Lawn church bus ministry, the Sunset World Mission Forum and LCU teacher Jim Massey. I fell in love with the church in New England through my experience at Gander Brook in the summer of 1974.

… I found the brotherhood and commitment of the small New England churches to be warm, genuine and fervent.

Both Linda and I were deeply attracted to the love, fellowship, dedication and need of the churches in New England. Far from being the cold people that the Southern culture told me to expect, I found the brotherhood and commitment of the small New England churches to be warm, genuine and fervent.

Plus, mission work in New Hampshire and New England didn’t require a passport, a new language or adjusting to a radically new culture.

Describe the Manchester church when you first arrived.

It was a mission church, being supported by the West 34th Street church in Houston. One of its former preachers, George Baker, was still there and served as a strong support and mentor for me as a young preacher.

The church had recently (1970) built a DIY parsonage, and along with such housing, we had about $500 monthly support from the West 34th Street church and the Windsor Park church in Corpus Christi.

What is the New England and New Hampshire culture’s attitude toward religion like?

The New England states, according to Gallup, are among the least religious states in the union, but that doesn’t mean they are anti-religious. There are three dominant views in New England toward religion: Catholic, liberal Protestant and “none.” The Catholic (either religious or nominal) is the most friendly toward conservative Christianity like Churches of Christ.

The Restoration plea has been very effective in appealing to Catholics, since they believe you need to be the original church to be the right church. The liberal Protestant church is difficult to share the Gospel or Restoration plea with because inspiration of the Bible is not usually believed.

The “none” category is a fairly large one — mostly agnostic and blank slates, having never gone to a church service nor been taught even the fundamentals of the Bible. This “none” category can be open to religion, especially when things are going wrong — marriage troubles, trouble with children, financial woes, funerals, etc.

The challenge in teaching them is that you cannot assume any knowledge or worship background. You’re mostly working with a blank slate: Does God exist? Is the Bible really God’s word? What things are sins, and what things are not? Who is Jesus, and why is belief in him necessary? How do I find the right church? What they will know will often have been heavily influenced by the Catholic culture of the area and religious hearsay.

How has the Manchester church changed over the years?

In 1974 the demographics of the city and the church were mostly blue-collar and White with few cultural differences. These days the city and church are more diverse economically, culturally and racially.

From about 1980 through 2000, the church ran a successful bus ministry, which gave the church a younger character. We still have a youth ministry, but the average age is not quite as young as it was.

When we arrived in Manchester there were 30 to 40 people in attendance. The number peaked in the early 1990s at about 220. We’ve declined in recent times largely due to economic downturns.

Between 1974 and 1982, we transitioned from being a supported mission church to being a self-supported church supporting foreign and domestic works. We went from being without elders in the mid-1970s to appointing elders and deacons by the mid-1980s.

What are some of the challenges faced by the Manchester church?

1. Find a way to get the young people, who grew up in Manchester but went to a Christian college in the South, to move back with their education, skills, families, leadership, maturity and financial resources.

2. Find a way to evangelize the very different cultures and languages of the west African immigrant communities that have settled in Manchester in the last 10 years or so.

3. Find a way to keep converts from moving away with economic tides.

What would you say to other young men and their wives to encourage them to serve in New Hampshire or New England?

2. Take your talents and energies someplace where they’re really needed. Better-paying ministry jobs may be in the South, but some of the most rewarding ministry jobs are in mission spots like New England.

3. The simple Gospel and the Restoration Plea are far more appealing and effective than you may believe, especially in New England.

4. New Englanders invest heavily in their friendships. Consequently, if you arrive in New England telling people that you’ll be gone in a couple of years, don’t expect them to get all that friendly — they believe it will hurt too much when you leave. If they believe that you’ll be around for a while, they’ll become friends that will feel like family.

5. You’re going to find that you love the snow.

6. New England Christians will be less diplomatic than you may be used to, but you’ll never be in doubt about how they really feel about something.

Have you and your wife prepared yourself for the culture shock of moving from New England to Texas?

We think we have, but having done both long-term and short-term mission works over the years, I’m sure we’ll have to make some unexpected adjustments.

I already know that my ear for Southern accents is not as sharp as it used to be. But it is helpful that we make a trip to Dallas a couple of times a year to visit grandchildren.

I’m fairly sure that we’ll have to make some adjustments from a New England church culture to a Southern church culture — from everybody knows everybody to being able to hide in the numbers, if you want to. 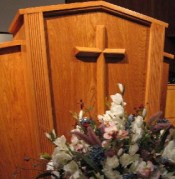 MANCHESTER, N.H. — More than a year ago, the West…