Ohio church members, whose house was damaged by a tornado on Memorial Day, say disaster relief volunteers have been a reflection of God.

Late on Memorial Day, Walter Tolley and his wife, Marie, members of the Northridge Church of Christ in Dayton, Ohio, took cover in their home.

Moments later, a tornado ripped off their roof.

“Our house starts a popping and a cracking and the doors blowing,” Walter Tolley told The Christian Chronicle.

The nighttime darkness made it nearly impossible to see the full scope of the damage until the next morning.

By then, the Churches of Christ Disaster Response Team was in the area, ready to help. 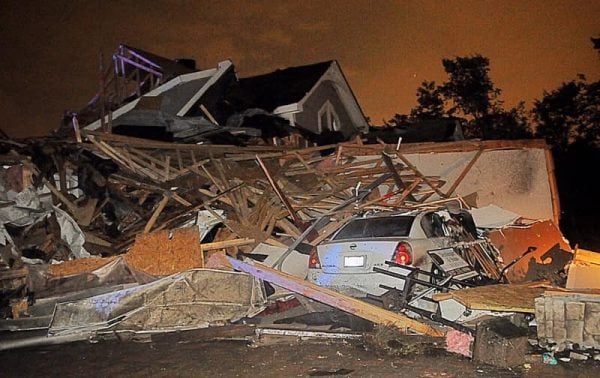 A home in Dayton collapsed after it was hit by a tornado on Memorial Day.

“There’s a lot of devastation and a lot of people without much at all,” said Laura Cremeans, who directs the Disaster Response Team with her husband, Mark.

‘It’s a real challenge but interesting to us because we’ve never worked in our own backyard.’

This disaster has been an unusual experience for the ministry’s volunteers, who serve all over the U.S. That’s because the organization’s headquarters are in Vandalia, Ohio, a suburb of Dayton.

“It’s a real challenge but interesting to us because we’ve never worked in our own backyard,” Cremeans said.

The Disaster Response Team set up at the Northridge Church of Christ in Dayton. The 70-member church let them use its building as a base for helping those in the community.

Volunteers have been providing food, water, clothing and meals to those in need. The ministry also made laundry and shower trailers available for those in the community to use.

The Tolleys’ home was one of those hit hard.

The roofing was torn off, the rafters exposed. The siding was also torn up. A nearby home, under construction before the twister, collapsed.

As the storm came through, Tolley and his wife took shelter in an interior room.

“We don’t have a basement to go to. We had our safe spot. My wife and I sat there and I said, ‘Honey, it’s coming,’” Tolley said.

Within moments, he heard that sound so many others have reported — that of a train running overhead.

It lasted about three minutes, he said, and then stopped.

Thanks to the disaster response volunteers, the Tolleys’ roof was quickly covered with a tarp, and a generator was brought in to help run appliances.

“They are beautiful, beautiful people,” Tolley said of the volunteers. “They reflected the Lord’s church and what it’s all about.” 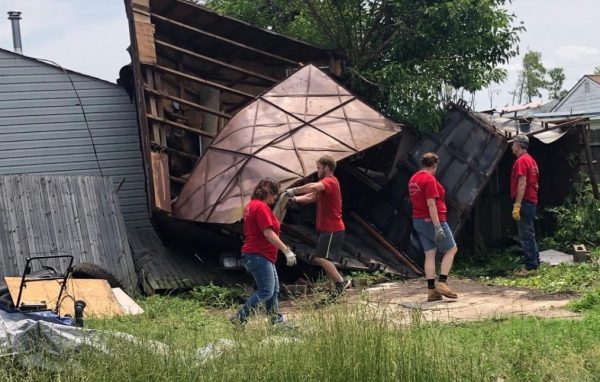 Volunteers with Churches of Christ Disaster Response Team work to clean up following the tornado.

Cremeans said many of the immediate needs have been taken care of. The focus is shifting from recovery to rebuilding, helping those who are uninsured or underinsured.

Those wishing to help in the rebuilding process can donate directly to Churches of Christ Disaster Relief Team at https://www.churchesofchristdrt.org.

Tolley said he’s lived in the area for 42 years and never seen anything like this. However, he knows God can use this disaster and those helping in the recovery to spread the Good News.

“This really gives you a door of presenting the Gospel to someone,” he said. 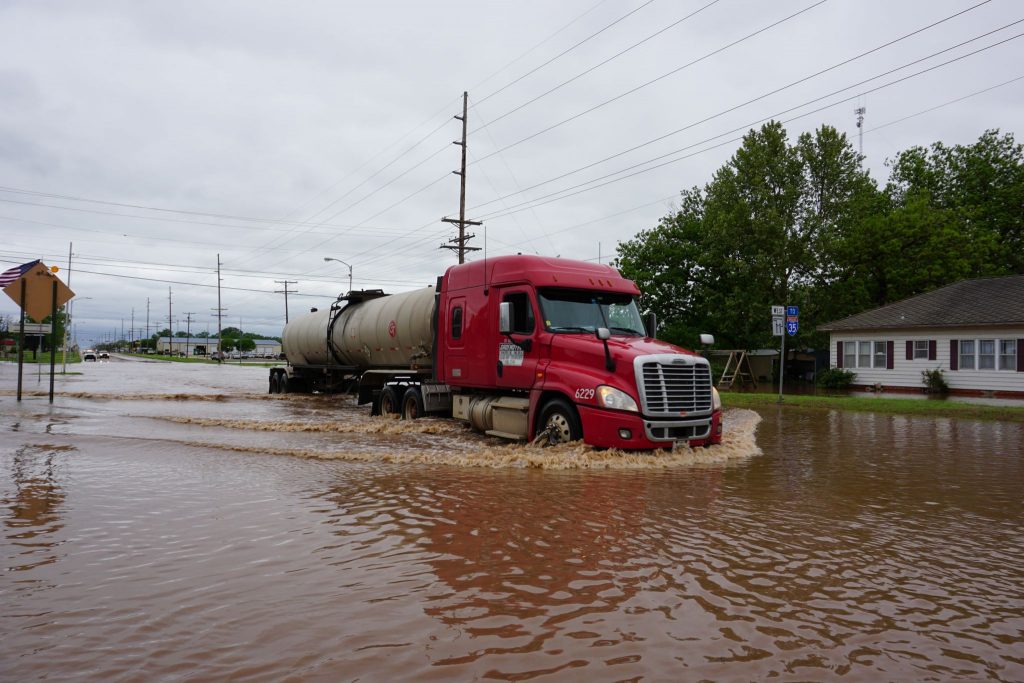 An Oklahoman known for sending hundreds of cards to encourage… 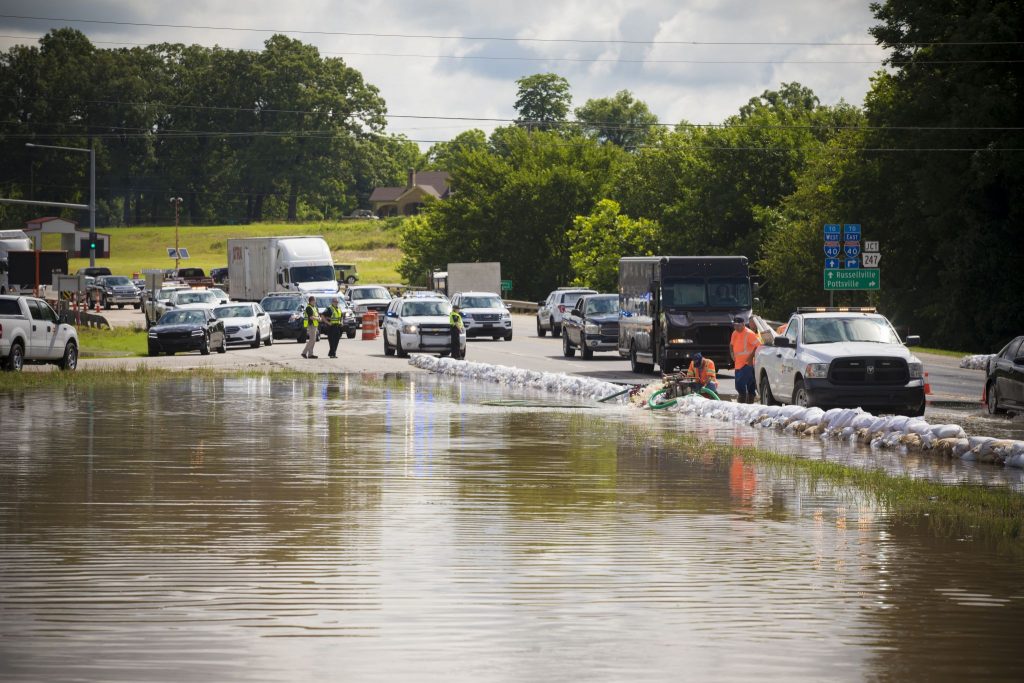 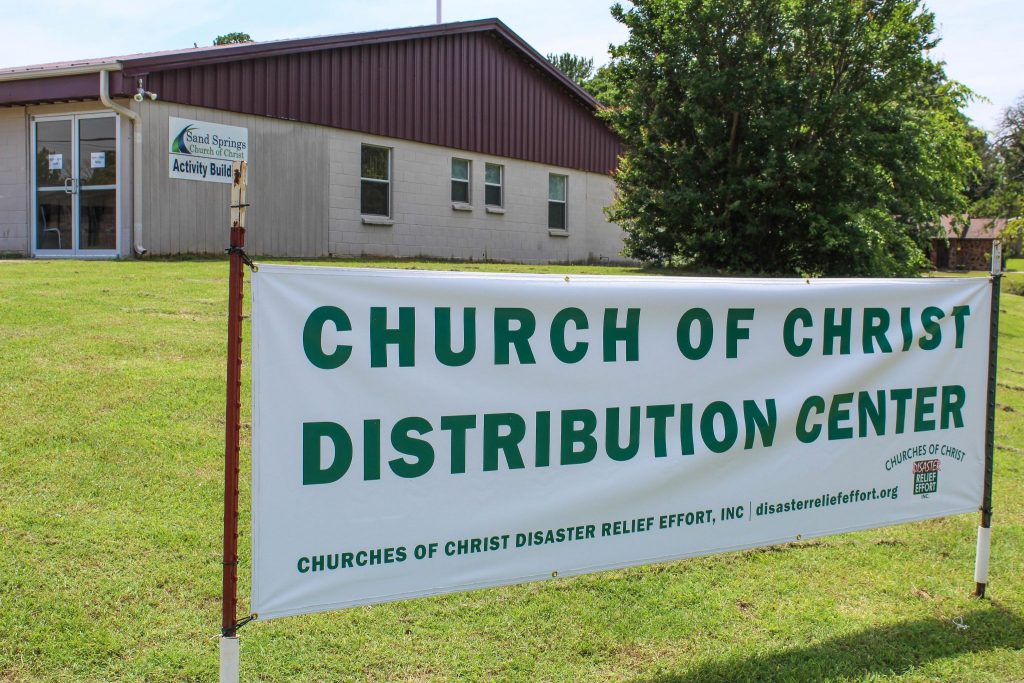 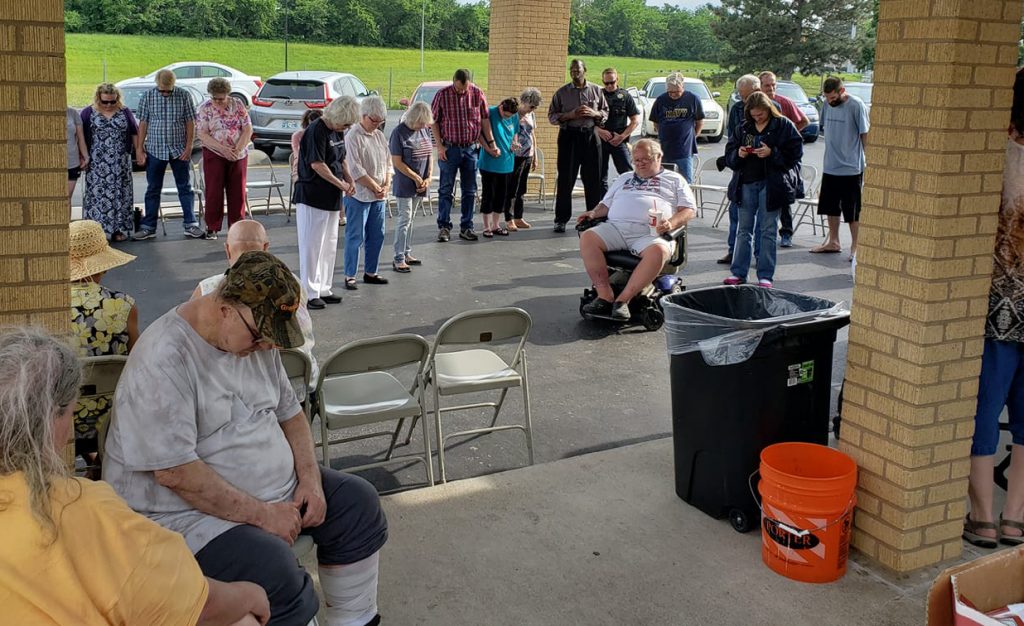 The Crosstown Church of Christ in Tulsa, Okla., is serving…