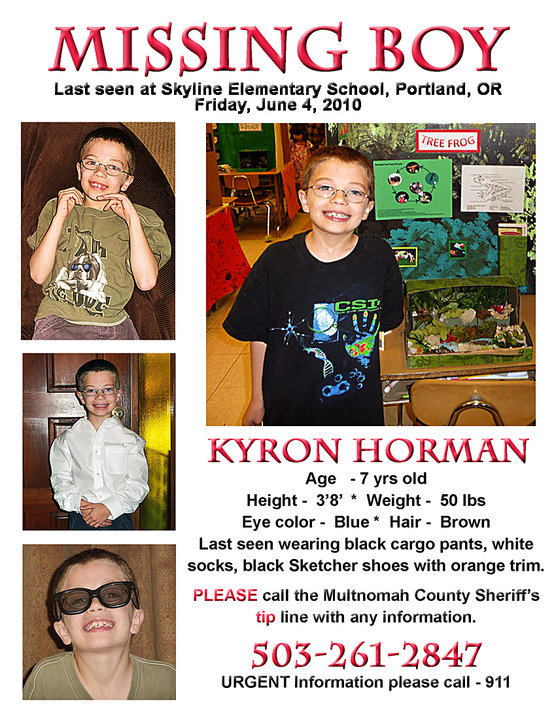 
The case of a missing Portland, Ore., boy named Kyron Horman has made national headlines.
The West Main Church of Christ in Medford, Ore., hosted a birthday celebration last week for the boy, who turned 8 on Thursday.

Kyron’s uncle Ryan Davidson is a member of the southern Oregon congregation. Davidson’s sister, Desiree Young, is Kyron’s biological mother.
“We definitely have been lifting it up in prayer for quite a while,” youth minister Brian Pannell told The Christian Chronicle. “This was a chance to show more support. It was a really cool blessing to be able to do that.”
Fox 12 Oregon reported:

MEDFORD, Ore. — Hundreds of red balloons were released as part of a birthday celebration in southern Oregon for a Portland boy who has been missing for three months.
The party was one of two planned for Kyron Horman, who turned 8 on Thursday.
About 150 people joined in the event at the West Main Church of Christ in Medford, the city where Desiree Young, Kyron’s biological mother, lives with her husband.

Read the full story and see a video of the birthday celebration.