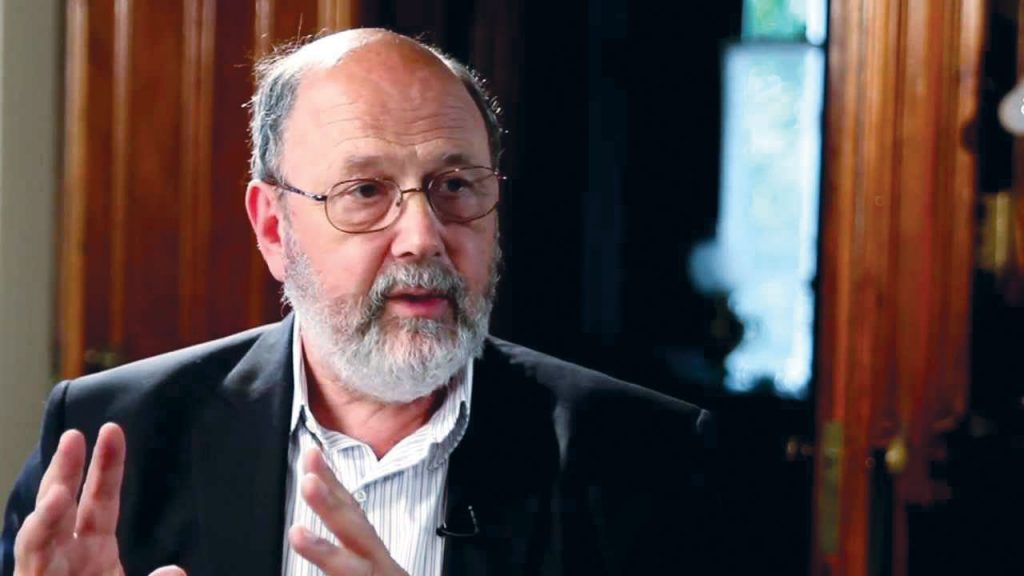 N.T. Wright on ‘ordinary people living in an extraordinary way’

Renowned author, theologian speaks with The Christian Chronicle about Christianity’s historic appeal — and what it will take to energize future generations of believers.

Lynn McMillon
President Emeritus
Scholarly and readable. Those words — seen together too rarely — often are used to describe the work of Nicholas Thomas Wright.
The 64-year-old British theologian has made a career of explaining biblical concepts in terms appreciated by university professors and understood by their students.
Wright follows a tradition similar to British scholars such as F.F. Bruce and John R. Stott. He has written more than 30 books, and some reviewers refer to him as a modern-day C.S. Lewis.
His commentaries are recommended reading among universities associated with Churches of Christ. On March 24, he visits Oklahoma Christian University in Oklahoma City as part of a promotional tour for his latest work, “Paul and the Faithfulness of God,” by Fortress Press.
Wright says that, as a child, he was touched by the incomparable gift of God’s love in Jesus Christ. That awareness has guided and motivated his lifelong study of and commitment to Jesus. He earned a Doctor of Divinity degree from Oxford University and numerous honorary doctorates. Presently, he serves as Research Professor of New Testament and Early Christianity at the University of St. Andrews in Fife, Scotland.
His career has included positions at universities, including Oxford, and leadership in the Anglican Church.

A passionate Christian apologist, Wright has authored works such as “Simply Jesus” and “Simply Christian” that emphasize the realness of Jesus and the reasonableness of Christianity.


What do you see as the starting place for faith-building in a new generation?
The starting point, again and again, is a community that is actually living the Gospel. People in the Western world often are weary with hearing Christians talk about their faith. They need to see, and to know in their personal experience, what the Sermon on the Mount looks like in practice, “in a community near you,” as the advertisements say. 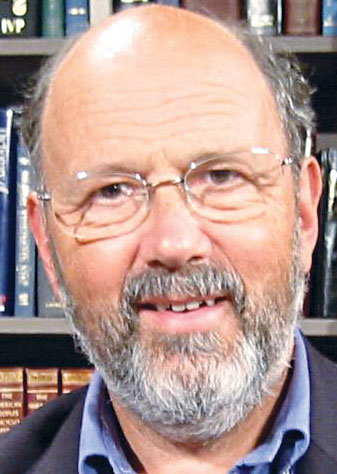 The Christian faith spread in the early centuries, despite the Romans trying to stamp it out, because of “ordinary” people living in an extraordinary way: caring for people — especially the poor — even when they were not related to them; giving people medical treatment, education and so on (which had been reserved for the rich or the elite before). People were astonished. They didn’t know it was possible to live like that!
Another particular point was the early church’s insistence on sexual holiness. Again, people had no idea it was possible or desirable to live like that.
The other thing that made a big impact was the church’s strong belief in the coming resurrection (which, as in Paul’s writings, went closely with their belief that what you do with your present body matters a lot).
Wouldn’t it be good if the church today was known in the same way?
‘Many assume that Christianity is about a big bully in the sky who basically hates us but (fortunately for us) decided to take out his bad temper on someone else … The Bible doesn’t say “God so hated the world” but “God so loved the world.”’

N.T. Wright
What is a major challenge that we face in trying to share the message of Jesus with our contemporaries?
The very word “Jesus” in our culture often conjures up images of a typical Western, 19th century hero figure — tall, good-looking, probably blue eyes. The Bible says, “He had no beauty that we should desire him.”
But it goes deeper. Many assume that Christianity is about a big bully in the sky who basically hates us but (fortunately for us) decided to take out his bad temper on someone else instead of us. The Bible doesn’t say “God so hated the world,” but “God so loved the world.” Many in our world have lived for so long with the first vision of “God” that they find it difficult to believe in the real one.
And, sadly, many who see this point then water down the Gospel (which demands that we take up our cross and follow Jesus) into the bland idea that God will shrug his shoulders and smile, whatever people do.
We somehow need to live — and to articulate — the true message, which avoids these two caricatures and offers a rich and powerful truth.

How viable is the Restoration, or “back to the Bible,” message today?
We don’t have the same “restorationist” movements in the U.K. as in the U.S.A., and I am not an expert on them in their various forms.
The task of each Christian generation is to go “back to the Bible,” to try to hear in fresh ways what questions the early Christians were asking and what answers they were giving to those questions. That is what every wise church tries to do.
But history suggests that it’s possible to be quite naive in thinking one can go “back to the Bible” and just reproduce early Christianity as though nothing had happened between the first century and today. (As though, for instance, the Holy Spirit had been inactive all that time!)
Often such movements are driven by a rejection of existing denominations (and sometimes by the fact of denominations themselves), but they regularly end up producing yet another “denomination” by default.
This is not to say that everything is all right with the existing church; only that the task of constant reformation in the light of Scripture is more complicated than it often appears.

What advice do you offer Christians who want to become better Bible students?
Learn Hebrew and Greek as soon as you can and as thoroughly as you can, and devote time every day to reading some of each, even if you’re only a beginner. Whether or not that’s practical (the older you are the harder it becomes), devote time and energy just to reading the text.
Just as an actor gets to know Shakespeare or a musician knows Beethoven, there’s no reason why any Christian should not get to know the Bible very well indeed. Read it right through, in English if necessary, at least once every year. (Always have at least two quite different English translations at hand — none of them are perfect!) Learn key sections by heart (the Sermon on the Mount, the shorter letters, Isaiah 40-55, favorite Psalms). Use what you’re learning in your praying, day by day.
Study the historical context of the Bible as broadly and deeply as you can. Again and again texts will spring into new life. Make your own analysis of key texts and sections. Do this broadly (whole books) and narrowly (focusing on key single verses, though never forgetting the whole context).

What will attract people to the Gospel of Jesus?
What has always attracted people to the Gospel of Jesus is communities and individuals that, in the power of the Spirit, are actually living the Gospel.
There is a quality of generosity, kindness, gentleness, overflowing love, hospitality and joy — not a shallow “happiness” but a genuine and radiant trust in God for everything — which cannot be faked and which remains powerfully attractive.
Of course, it is God’s business to attract people to the Gospel, and he remains sovereign, by his Spirit. But precisely because the Spirit produces the fruit described in Galatians 5, it is this quality of life which the Spirit uses as one of the powerfully attractive things.
As we know from missionary experience, many people are attracted to Jesus and his gospel without knowing a Christian community. I have heard personal testimonies from people from totally non-Christian backgrounds having vivid dreams about Jesus and going in search of Christians as a result. And God always uses the proclamation of the Gospel to reach people simply through the powerful Word.

READ A REVIEW of books including N.T. Wright’s “The Case for the Psalms”. 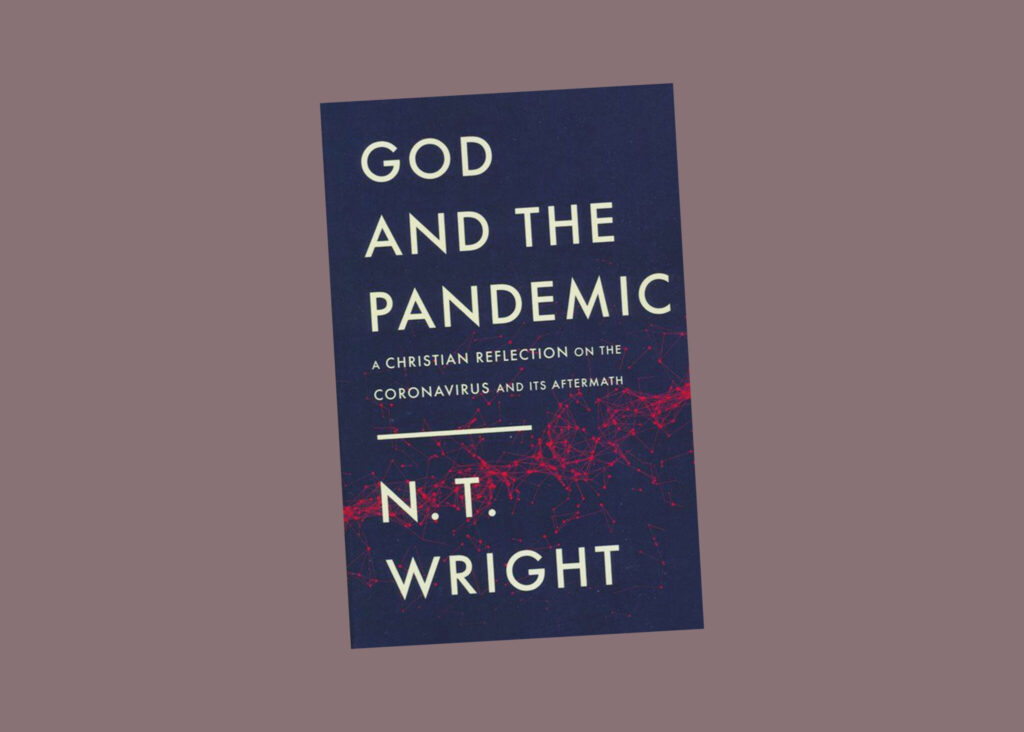 Our pandemic view may be all wrong, says N.T. Wright

Over the last year, I have wrestled and struggled with…