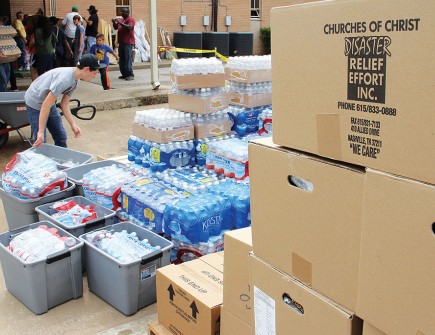 Ted Parks
NASHVILLE, Tenn. — The list of places receiving shipments from Nashville-based Churches of Christ Disaster Relief Effort over the past five months reads like a roll call of U.S. catastrophes.
Still bouncing back from Superstorm Sandy, New York got food, water, beds and appliances. New Orleans received canned goods and dried fruit to facilitate recovery from last fall’s Hurricane Isaac. More recently, the West Church of Christ in Texas received food and other supplies following the lethal explosion of the town’s fertilizer plant.
Oklahoma was the most recent addition to the list.
Shortly after the storms, trucks rolled from Nashville to Shawnee, Norman, Moore and Oklahoma City. Six tractor-trailers alone took supplies to people affected by the deadly Moore tornado. 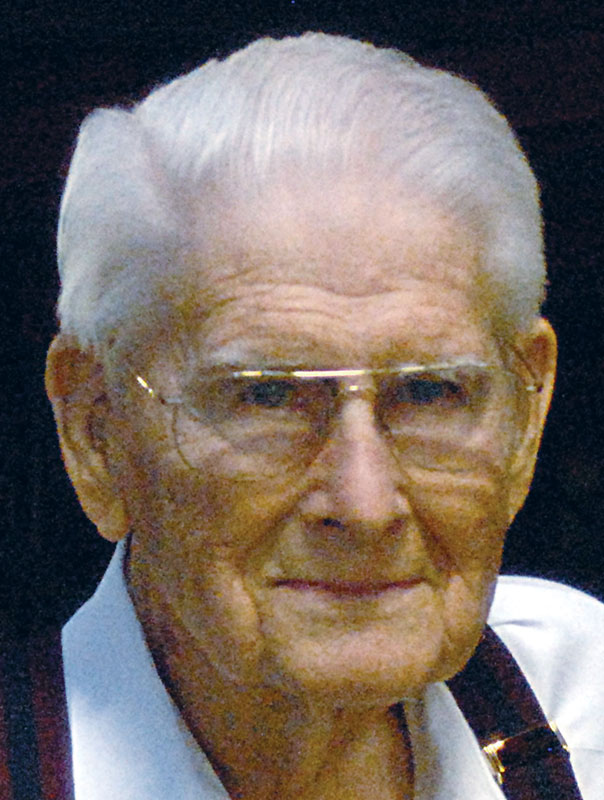 “This has the possibility of being the largest thing that we’ve ever undertaken,” executive director Joe Dudney said of the Oklahoma relief effort.
As is the case wherever the ministry responds, the commitment to the Sooner State will be long term.
“We don’t walk away,” Dudney said. “We try to stay until the job is finished.”
Launched in 1990, CCDRE responds to hurricanes, tornadoes, floods and other disasters with shipments of relief supplies from its 85,000-square-foot Nashville warehouse. With a full-time staff of 13, the ministry relies on volunteers to box goods for shipment, its 12 truck drivers also donating their time.
“We stay ready to go at the drop of your hat,” Dudney said. “That’s the beauty of having this warehouse. … We don’t have to pass the hat and get the money and go buy the supplies.”
The first truck for Moore left one day after the killer tornado, according to the ministry’s shipping log.
The next day, 300 volunteers stuffed more supply boxes, Dudney said.
On Friday of the same week, CCDRE put together $68,500 worth of frozen dinners bound for the Oakcrest Church of Christ in Oklahoma City to aid storm victims. Pallets of the frozen meals — with menus including Salisbury steak, barbecue and chicken — backed up to the doors of a CCDRE refrigerated trailer about to head west.
Family food boxes — packed by volunteers stationed on both sides of a long metal conveyor — are a staple of CCDRE shipments. The contents run the gamut of supplies needed when the comfort and convenience of home vanish — items such as dry milk, cereal bars, chili, peanut butter, napkins, even razors.
Last on the boxes’ packing list is “Bible & Note,” each box including a New Testament. 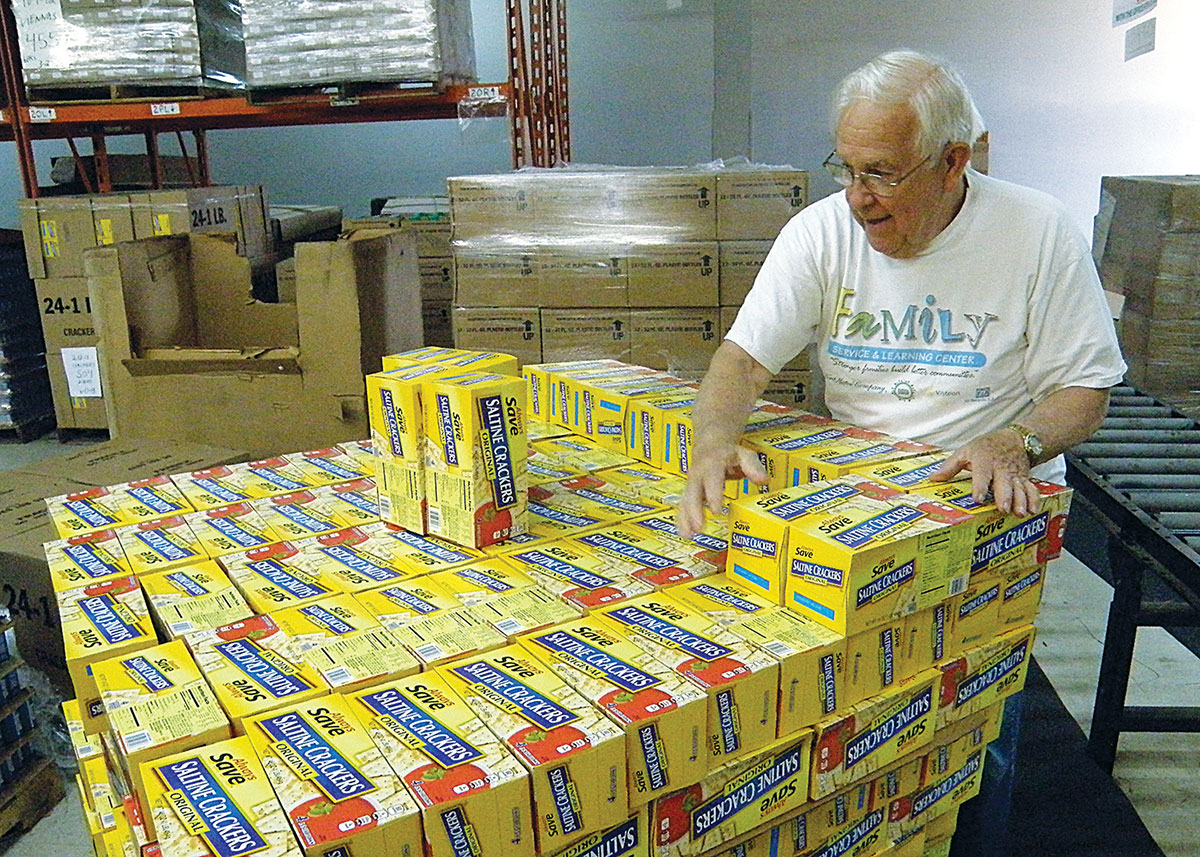 John Baylor, who attends Nashville’s West End Church of Christ, has volunteered with CCDRE for five or six years.
“I love it,” Baylor said. “I’m helping somebody that really needs the help. … I might not be able to give them cash, but I can give them time.”
Dudney, who recently turned 90, has dedicated the past two decades to the ministry, he said, “for the love of the Lord and to help people that are in need.”
“We look at it as being a mission work. It brings people to the Lord,” he added. “Everywhere we go, you open doors.”