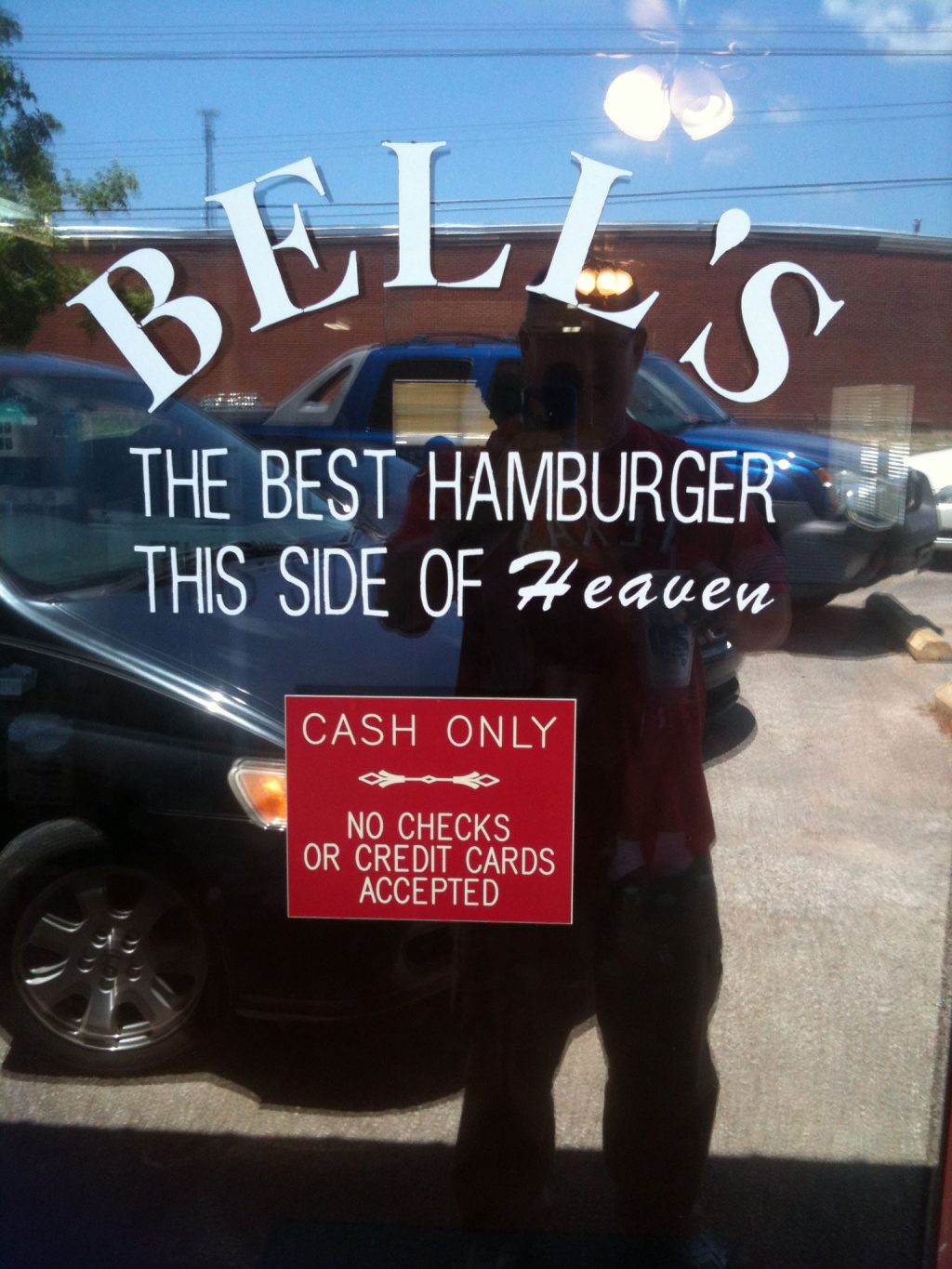 On the road with the Chronicle: Inspiring, informative stories in Arkansas, Tennessee 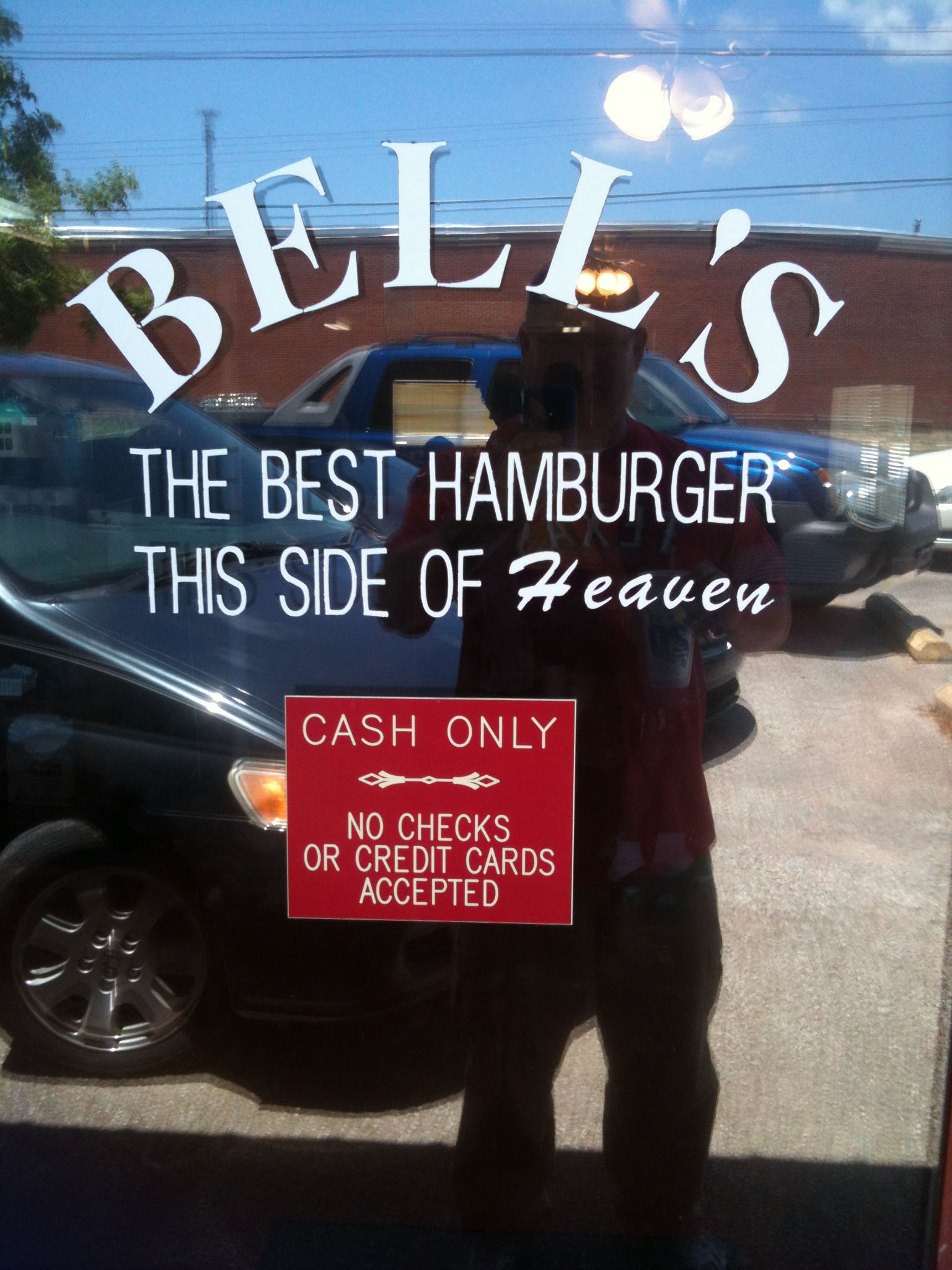 Bell’s Drive In in Henderson, Tenn., is a mainstay near the Freed-Hardeman University campus. (Photo by Bobby Ross Jr.)

Blogging live from Nashville, Tenn.
While not nearly as far from home as my Christian Chronicle colleague Erik Tryggestad (who you may have noticed has made his way to Nepal), I am on the reporting trail this week.
My son Keaton, daughter Kendall and I left Oklahoma City on Sunday afternoon and hit the road for Arkansas and Tennessee. (My wife Tamie is still dealing with health issues and couldn’t join us, while my older son Brady is busy with a youth ministry internship with the MacArthur Park Church of Christ in San Antonio.)
Keaton, Kendall and I spent Monday with the River City Ministry in North Little Rock, Ark. That ministry for the poor and homeless has resulted in more than 1,000 baptisms and restorations in the last five years.
From there, we headed to Freed-Hardeman University in Henderson, Tenn., to check out GO! Camp, which aims to empower young people to meaningful lives of Christian service and stewardship. Just one example: They packed 100,000-plus meals for poor people during camp this week. See a related video and follow the camp’s frequent Twitter updates.
Before we left Henderson on Wednesday, Milton Sewell, Freed-Hardeman’s chancellor and former longtime president, and his wife, Laurel, treated the Rosses to lunch at Bell’s Drive In, a local mainstay where the sign out front promises “The Best Hamburger This Side of Heaven.” I certainly enjoyed my cheeseburger! (Sewell had introduced me to FHU President Joe Wiley earlier in the day, but we ran into him again at Bell’s.)
On Wednesday night, we enjoyed Bible study with the Spring Meadows Church of Christ in Spring Hill, Tenn., south of Nashville, and got to witness the baptism of a young woman named Monica Cope.
That congregation is playing a leading role this summer with the #HASHTAG Youth Series, an online video series that is using the sacred text and modern technology to connect teenagers across the nation. The series played a role in Monica’s decision to be baptized. Check out the conversation by searching for #gospelhashtag on Twitter.
From Spring Hill, we drove to Brentwood, Tenn., and caught up with Tom Riley, minister for the Bellevue Church of Christ in Nashville, and his wife, Anne. The Rileys, as so many hospitable Christians do when Chronicle staff members travel, offered Keaton, Kendall and I a place to stay during our trip. I first met the Rileys five years ago when we reported on a church plant in which they were involved in the Phoenix area.
While in Nashville, I’m covering the Christian Scholars Conference at Lipscomb University, where I’m typing this post real quickly before a session on race relations in Churches of Christ starts in a few minutes. On Thursday, I attended a panel discussion on Christian higher education that included the presidents of Lipscomb, Abilene Christian University, Harding University, Lubbock Christian University and Oklahoma Christian University.
More on that and the other stories later.
Stay tuned!