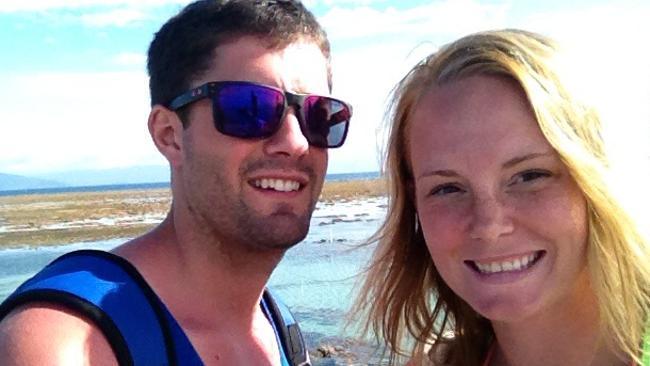 The random slaying of an Australia native who came to the U.S. to play baseball and earn a college degree has touched hearts in the U.S. and beyond, as tens of thousands of dollars streamed into a fund designed to help Chris Lane’s parents bring their son back home.
Lane, a 22-year-old student at East Central University, was shot in the back and killed last week as he was jogging in an affluent neighborhood in Duncan, in south-central Oklahoma. By Thursday afternoon, a fund set up to help his parents had already amassed more than $107,000, overwhelming the friend who started it.
East Central also set up a separate memorial fund to honor Lane; and a private memorial service was being planned for Saturday at Oklahoma Christian University in Edmond, where Lane’s girlfriend is a student.
“He’s someone you wanted to go out with on a Friday night and you want to be the godfather of your son one day, he’s one of those kind of guys,” said Brock Werdel, a former teammate of Lane’s who is helping organize the service.

“They were really a good couple and fun to be around,” Newgent said.
Harper transferred to Oklahoma Christian University in Edmond during Lane’s last year at Redlands and the couple had a long-distance relationship, visiting each other on weekends. When Lane was looking to move from the community college to a four-year college to finish his degree, he wanted to stay in Oklahoma “because Sarah was in Oklahoma,” Newgent said.
He added that many people thought the couple would eventually get married.
Lane and Harper had recently returned from a trip to Australia, and Lane was visiting Harper and her parents in Duncan, a south-central Oklahoma city of about 24,000. He went for a jog Friday afternoon and was shot once in the back. He died along a road on Duncan’s well-to-do north side. Prosecutors said the three teens, from the grittier part of town, chose Lane at random and that one of the boys “thinks it’s all a joke.”