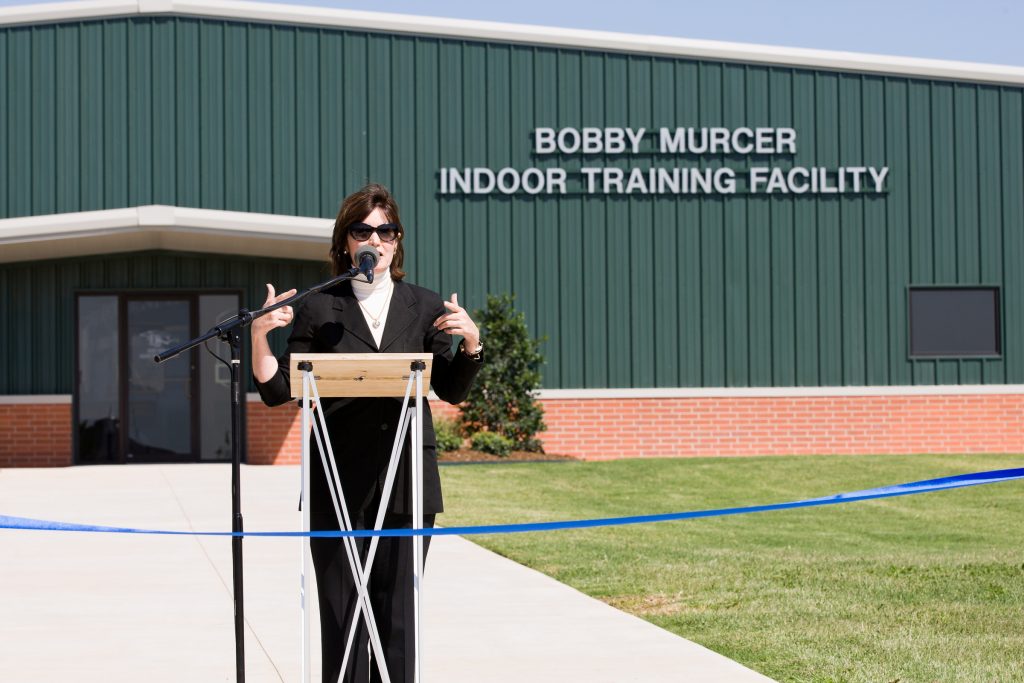 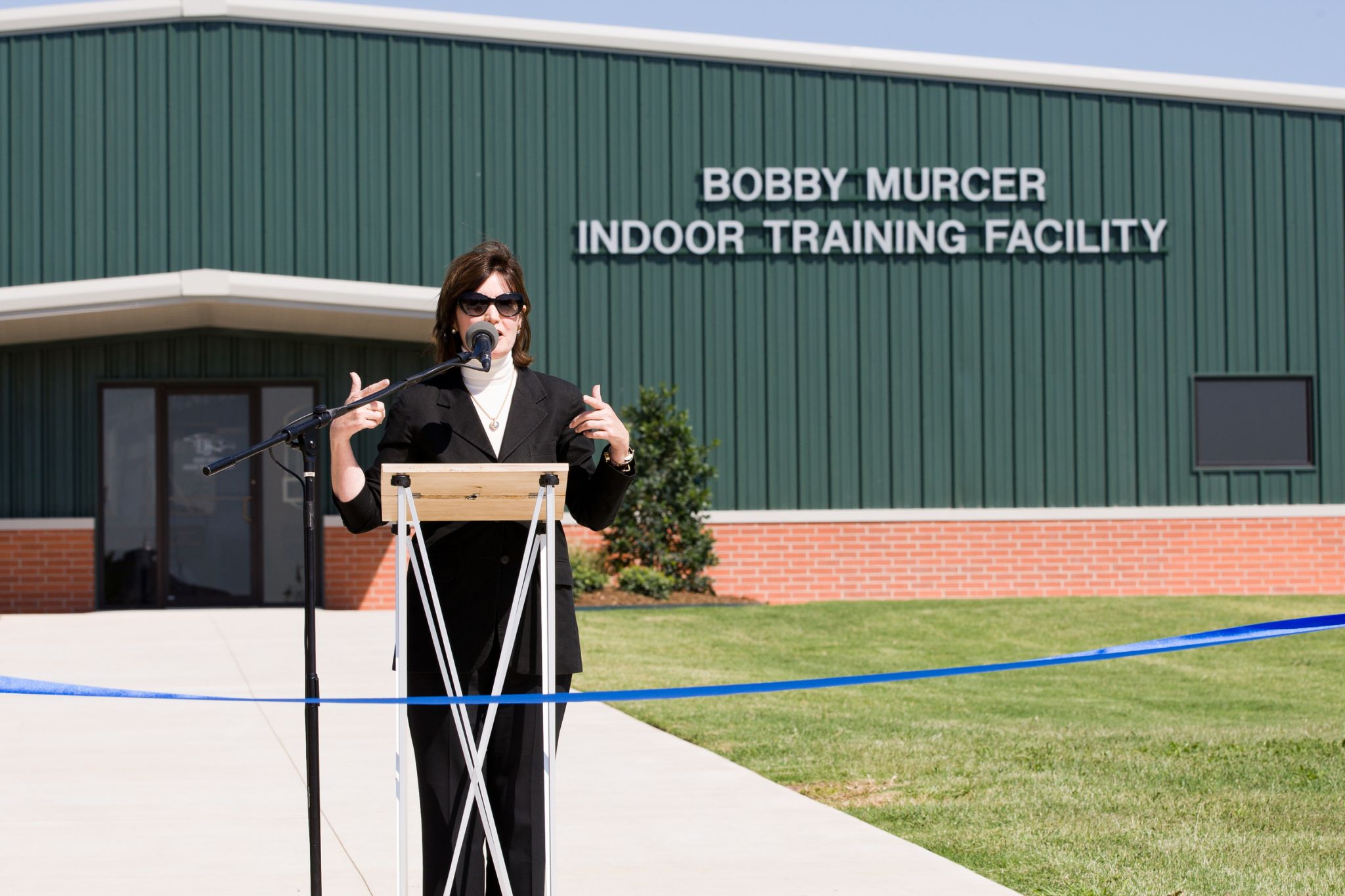 Kay Murcer speaks during the dedication ceremony Friday for the Bobby Murcer Indoor Training Facility on the campus of Oklahoma Christian University. (Photo by Steven Christy)

TORONTO — Oklahoma Christian University is all set to dedicate its new indoor facility to a late Yankee who helped rebuild its baseball program.
The school announced Friday that it would dedicate the new Bobby Murcer Indoor Training Facility — a structure that represents the last step in the program’s revival — on Sept. 23, honoring the former Yankees outfielder and broadcaster who died of brain cancer in 2008.
Murcer, a five-time All-Star and Gold Glove Award winner, starred at Southeast High School in Oklahoma City in the early 1960s, was inducted into the Oklahoma Sports Hall of Fame in 1993, and got into the Oklahoma Hall of Fame in 2004.
Murcer never attended Oklahoma Christian, but he and his wife attended nearby Memorial Road Church of Christ and had strong ties to many associated with the university. OC dropped baseball after the ’01 season and didn’t field a team again until ’08. At that point, Murcer agreed to help revitalize the program.
And now, their $503,000 facility is a reflection of him.
“We felt like we needed to give honor to whom honor is due,” said OC vice president of alumni relations Kent Allen, whose idea it was to name the facility after Murcer. “In the end, he had developed a keen interest in wanting to bring OC baseball back, even better than before.”

Read the full story and see the press release on the New York Yankees website.
Read a 2008 tribute to Murcer by Christian Chronicle Editor Lynn McMillon and see my 2007 interview with Murcer on his cancer fight.