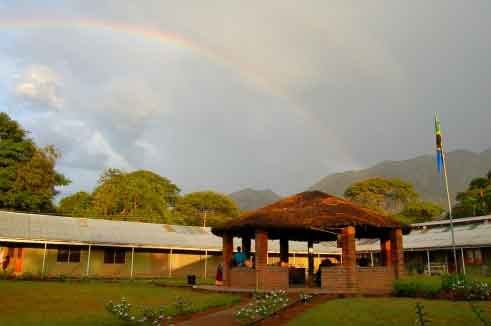 A rainbow appears over the campus of Chimala Missions in Tanzania. (Photo via www.chimalamission.com)

A fire has destroyed the dormitory of the secondary school operated by Chimala Mission Hospital and Schools, a church supported medical, educational and evangelistic ministry in the East African nation of Tanzania. No students were injured.
Ben Langford, director of the Center for Global Missions at Oklahoma Christian University, is leading a team of university students and church members on a trip to Chimala. He shares the following report:

Just wanted to give you a brief update on an event that happened last night at the Chimala Mission in Tanzania, where I and 10 students are doing a mission project for three weeks.
There was a fire in the dormitory of the secondary school on the mission. All the Tanzanian students got out safely and no one was hurt, but half the dormitory burned down, leaving only the walls. I and all the students went down to the dormitory and, by the time we got, there it was a raging fire. 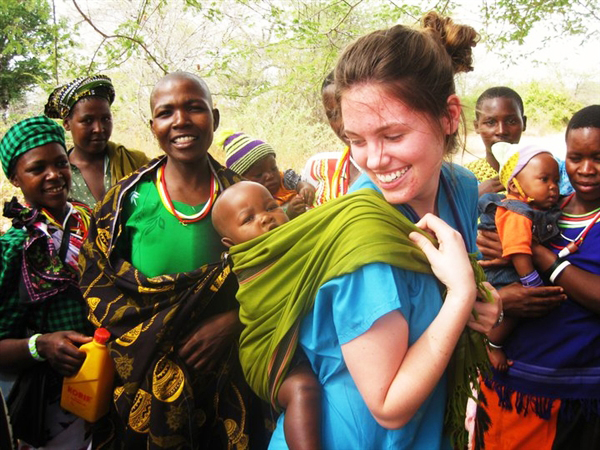 A medical missionary at Chimala carries a Tanzanian baby on her back. (File photo via www.chimalamission.com)

The students did great! Some helped to organize the younger children and keep them calm while others joined the bucket brigade which helped put out the fire after two to three hours of work. There is no fire department where we are, so there were literally hundreds of Tanzanians helping to put out the fire using buckets filled with water from a nearby stream. All the OC students were very safe and I am extremely proud of how they responded and served alongside the Tanzanians.
It was a chaotic and somewhat traumatic scene, so I ask that you keep the Tanzanian students, teachers and administrators of the school — and missionaries here — in your prayers. Also, pray for our OC students. Everyone is OK but it is a lot to process and they are very tired from a long night of hard work.
Again, all the OC students are doing well. They even went to a village this morning to do a Vacation Bible School, but prayers would be appreciated.