For Colorado Rockies pitcher with 0.28 ERA, there's a higher calling.

Except that he’s standing in the visitors’ clubhouse at Dodger Stadium as he makes this claim — a few hours before pitching yet another scoreless inning for the Colorado Rockies.

“People look at me as an athlete, but I want people to look at me as a normal human being, too,” says Brothers, 25, a left-handed reliever who fires 97-mph fastballs. 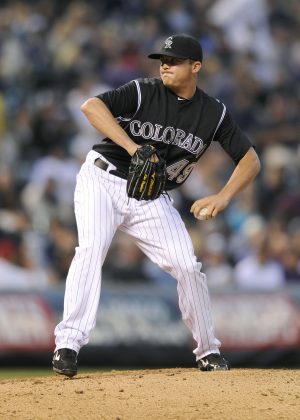 A faithful Church of Christ member and former Lipscomb University star, Brothers stepped into Colorado’s closer role in late May after an injury to Rafael Betancourt. The Shelbyville, Tenn., resident has been a top prospect since the Rockies made him the 34th overall pick in baseball’s 2009 amateur draft.

He has compiled amazing numbers so far this season: He has thrown 31 straight scoreless outings covering 29 innings and boasts an ERA of 0.28.

“He’s a great talent,” said Rockies pitching coach Bo McLaughlin, a fellow former Lipscomb player. “From the time we got him, we knew that he was going to help us in the big leagues.”

More importantly, fellow Christians describe Brothers as a humble, down-to-earth disciple of Jesus who pursues a higher calling than baseball.

“He’s one of those kids that right now has everything going for him, but you would think he’s just another guy in the neighborhood,” said Jon David Schwartz, youth minister for the Chapel Hill Church of Christ, Brothers’ home congregation in Tennessee.

“When he comes home, he speaks to everyone,” Schwartz added. “He doesn’t turn up his nose. … He’s a great Christian kid, and he’s trying his best to live for the Lord where the Lord has put him.”

While Brothers visits with The Christian Chronicle, loud music plays in the background as teammates put on black-and-purple road jerseys.

Calmly discussing his faith and priorities, the third-year major-leaguer seems unfazed by the noise, the television cameras and the thousands of blue-clad Dodgers fans gathering at one of baseball’s most storied ballparks.

Even as he lives his dream, Brothers is quick to downplay the significance of professional sports.

“God’s cutting me out and molding me to be what he wants me to be,” the pitcher says. “He can see that end result.”

As for baseball, he suggests, “It’s just only a fraction of my life and what I’m going to do in my life. So I’m just enjoying it while it lasts, knowing there are bigger things out there ahead of me.”

Hunter Brothers is a right-handed pitcher at Lipscomb and was picked by the Rockies in the 24th round of this summer’s amateur draft. He is expected, though, to return to Lipscomb for his junior season.

“Obviously, they’re good baseball players,” Forehand said of Rex and Hunter, “but it starts with their family. They’re both the kind of kids that you would want your kid to grow up to be like. 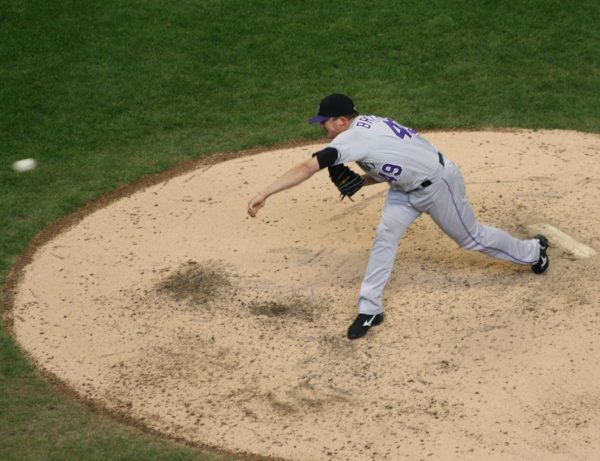 Rex Brothers, a pitcher for the Colorado Rockies, says he decided to read the entire Bible this season.

McLaughlin, who pitched for the Houston Astros, Atlanta Braves and Oakland Athletics after leaving Lipscomb in 1975, characterizes Brothers as a “perfect gentleman.”

“He’s outstanding, you know what I mean?” McLaughlin said. “It’s always a pleasure to go ahead and work with somebody like that. He’s got a lot of dedication and a lot of desire to be the best he can be.”

Asked how he lives out his faith on a major-league team, Brothers responds that he has learned what he can control — and what he can’t.

“I can control myself and how I act,” he says. “Other than that, it’s out of my control. Whether it may be giving up a hit, or whether it may be reading my Bible verses in the mornings, it all comes back down to that foundation that’s been laid.”

This season, he decided to read the entire Bible.

“My dad has always been the rock that I went back to time and time again through life situations or to talk about the Word.”

“It’s probably going to carry over into the offseason,” he says, “but I set out to do that.”

He says he can’t attend a regular church service during the season but participates in baseball’s Sunday chapel program with other Christian players.

Even during the season, he relies on his family to help him on his faith journey — and to serve as his personal support group.

“My dad has always been the rock that I went back to time and time again through life situations or to talk about the Word,” Brothers says. “My grandparents, my mother, anyone in the family — they are always so encouraging and helpful. They’re there anytime I need them.

“I can’t say enough about having that group of people around me,” he says of his extended family, most of whom attend the Chapel Hill church. “I’m always in and out of contact with them, via text or phone call.”