TULSA, Okla. — You gotta have a nice sign. You just gotta.

So we’ll set it in stone, pick out the perfect font. We’ll put a predicate at the end (‘meets here’) just to play it safe. Then we’ll argue if the word ‘church’ should be capitalized or lower case. And usually we’ll go all caps (‘CHURCH OF CHRIST) so nobody can argue. 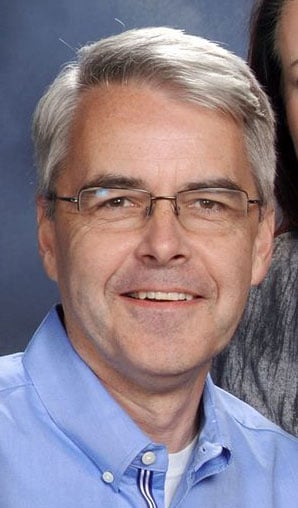 Brute Wolf, a member of the Park Plaza Church of Christ, penned those words to accompany a video shown during the Tulsa Workshop in 2014. He originally intended it as a comedy piece to introduce keynote speaker Phil Robertson of “Duck Dynasty” fame. He thought about altering the words on various church signs to make jokes.

“The first step in doing this on the computer is to erase the word ‘Christ,’” he recalled. But when he saw the result, “I started getting teary-eyed … It had a real chilling effect on me. I told my wife that this was too impacting of an idea to make comical, and it needed to stand on its own. So it began evolving into a stand-alone piece.”

The result was a four-minute video, “Church For,” that’s netted more than 13,000 views on YouTube. In the video, after he quips about “big C or little c,” Wolf says:

We’re pretty serious about getting our name out, and we’ve tried really hard not to leave the wrong impression. But are we leaving any impression at all?

“From there,” he recalled, “I started asking, ‘What do people say about our church when they drive by our sign?’ ‘Oh, that church has a really good basketball program,’ or ‘That church brings lunch to the homeless shelter!’ Those are great things to say, but is that where their conversation ends?”

Perhaps we’re too focused on the word “church” and aren’t paying much attention to the word “of,” Wolf thought. We are “of Christ,” but what does Jesus want the people who drive by our buildings to see?

With a few more digital alterations to the church signs, Wolf came up with some answers:

Big C or little c? (Are Churches of Christ a denomination?) Click the logo for more features in this series.

“I had a feeling Jesus would be very provocative,” Wolf said. “I thought about Zacchaeus and the woman at the well. So saying, ‘Church for the Atheist’ and ‘Church for the Gay’ didn’t seem controversial. It seemed essential.”

Thousands of Christians, representing hundreds of Churches of Christ, watched the video during the Tulsa Workshop — which, two years later, ended its four-decade run. Organizers cited falling attendance numbers that indicated the workshop was no longer the best way to reach people.

Online, the video lives on.

“Probably 98 percent of the feedback I’ve received has been positive,” Wolf said, “but I’ve had people on both ends of the spectrum troubled by the video. I have a gay, atheist, former Church of Christ friend who feels that it’s insincere. We don’t really want to welcome gays; we just want to repair them. I understand that point.

“I’ve also seen comments from some church members saying the video has the feel of only further de-identifying ourselves as Christ’s church. I understand their point.”

The video isn’t a sermon, he said. It’s an illustration, a conversation starter. The people the church should be “for” are any of us who are labeled. The video concludes:

‘We often speak of ourselves denominationally’

'Establishing a corporate identity is a difficult thing. I preach…

'Our mission was very simple at one time: convert the…

‘Leaving is just not an option’

A decades-long search for who we are

'While not all Christian bodies in the United States are… 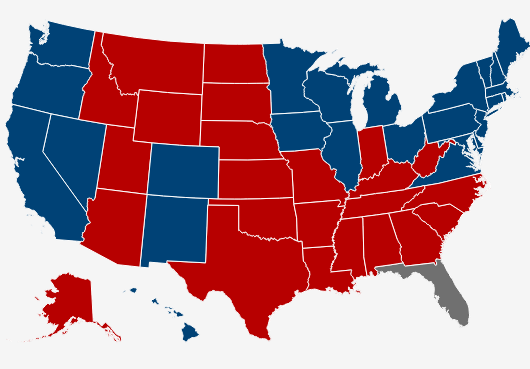 Are Churches of Christ in the U.S. a red state movement?

Image via www.politico.com Are we a red state movement?Three out…