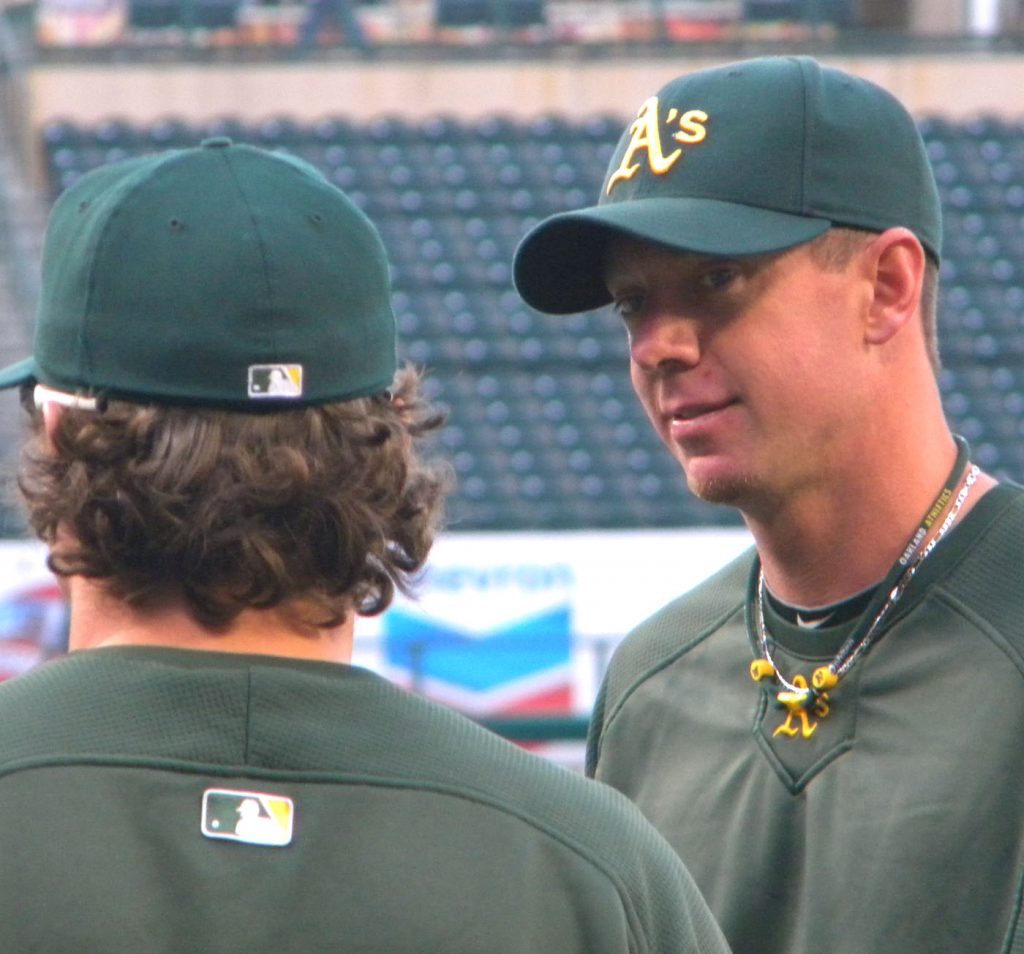 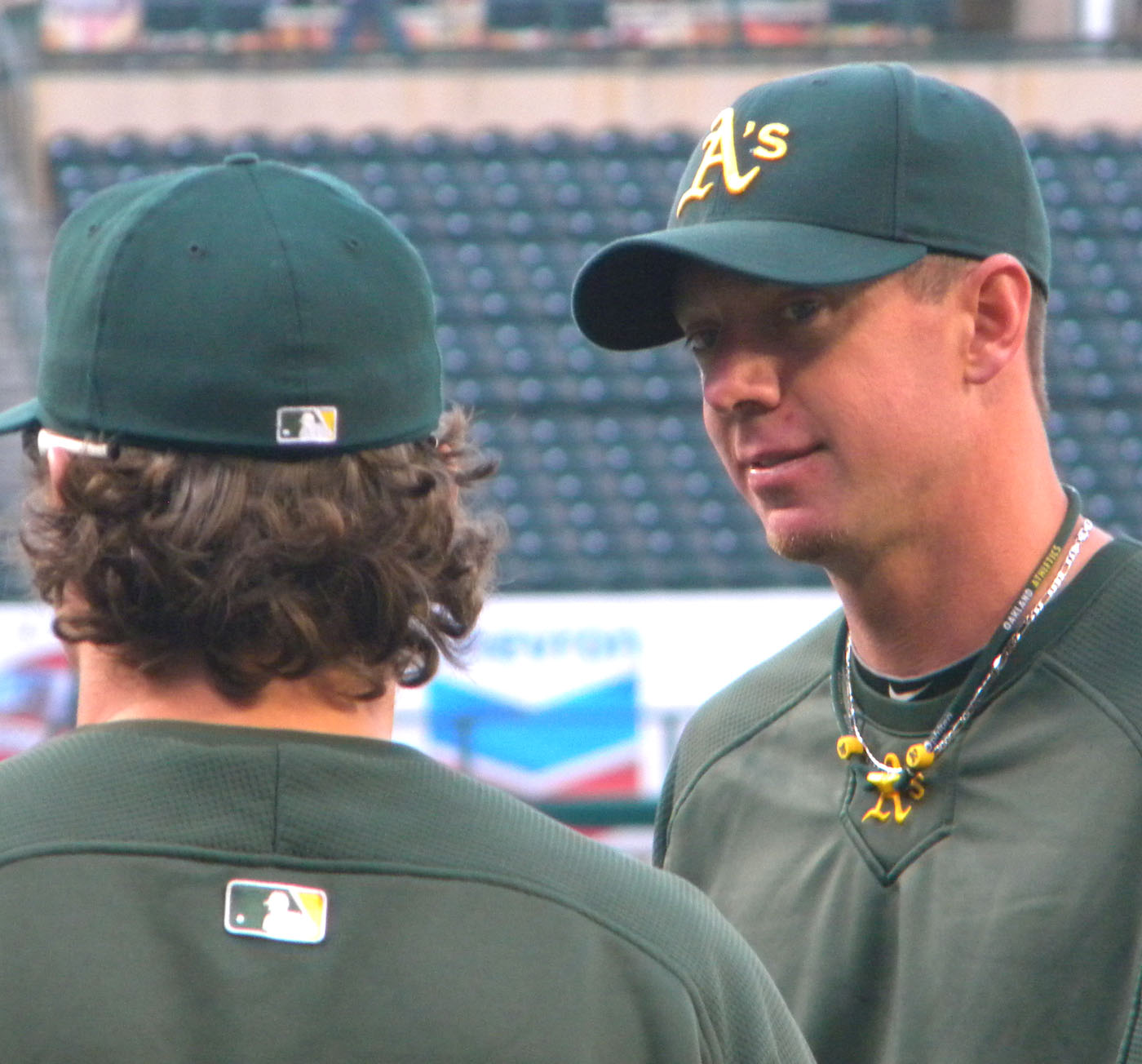 Blogging live from Anaheim, Calif.
Game time: 7:08 p.m. Pacific.
Temperature at first pitch: 64 degrees Fahrenheit.
Conditions for baseball: Perfect.
A week after interviewing Josh Willingham at Nationals Park in Washington, I am at Angel Stadium in Anaheim to see another brother in Christ play: Oakland A’s reliever Brad Ziegler. You may recall that The Christian Chronicle first featured Ziegler back in 2008 when he pitched an amazing 39 consecutive scoreless innings to start his career — a major-league record.
I caught up with Brad in the visitor clubhouse this afternoon. I’ll save most of what we discussed for a future Chronicle story, but I’ll share one anecdote for now. 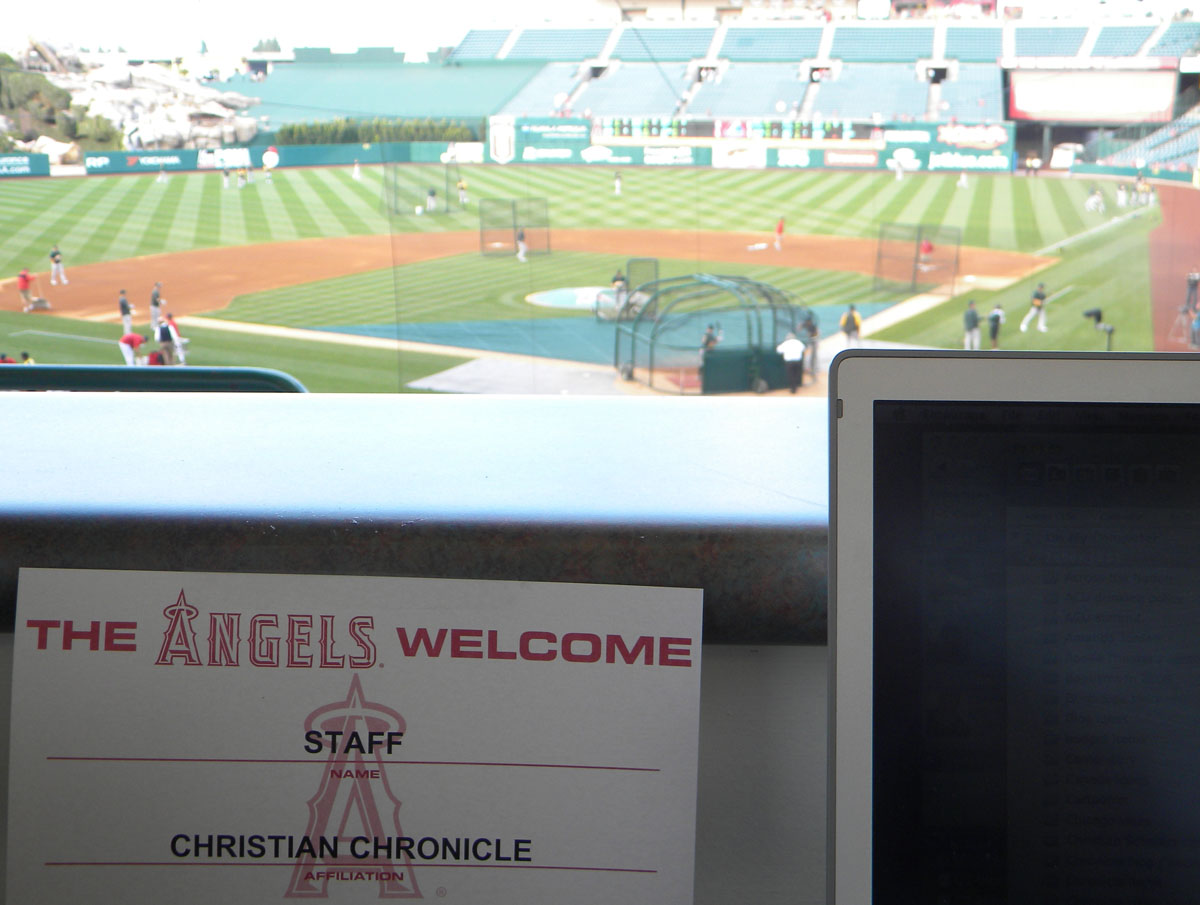 The view from the press box at Angel Stadium. (photo by Bobby Ross Jr.)

In talking about his faith, Brad told me that when he signs autographs, he includes a Scriptural reference: 1 John 5:5.
“I’ll have people ask me, ‘Well, what’s that mean? What’s that say?'” Brad told me. “I say, ‘Go look it up.’
“That’s the whole idea,” he added. “Hopefully, people will open up the Bible and see something profound that can touch their lives and make them want to dig a little deeper.”
By the way, I brought along a special photographer tonight: Al Sturgeon, former minister at the Ocean Springs Church of Christ in Mississippi, now a law student at Pepperdine University. 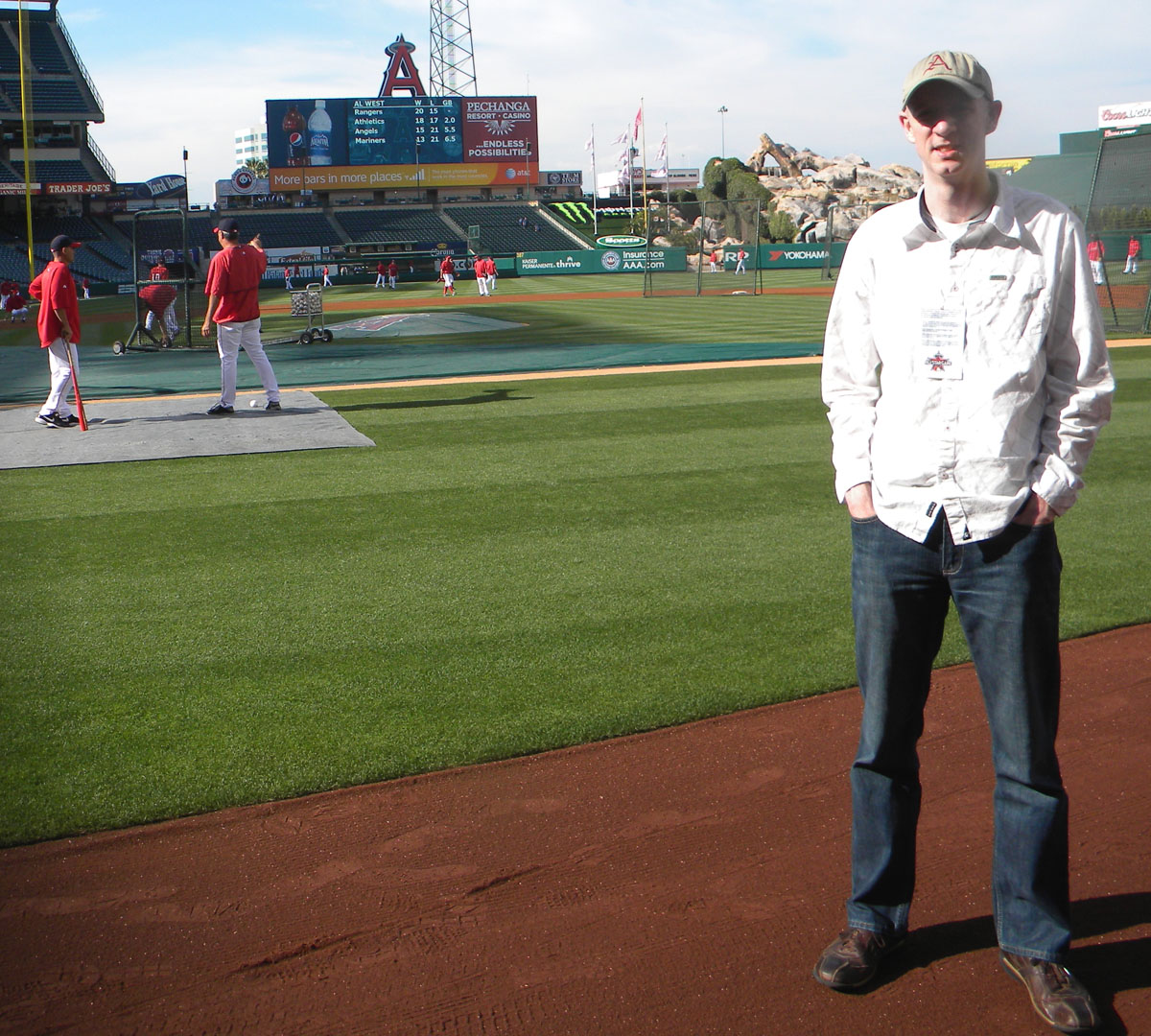 Al and I met and became friends during the disaster relief effort after Hurricane Katrina. Read Al’s blog post on our adventure tonight.
While you eagerly await the Chronicle’s story, follow Brad Ziegler on Twitter and read about the Pastime for Patriots Foundation he has started to benefit military families.
Brad’s dad, Greg Ziegler, minister of the Odessa Church of Christ in Missouri, is quoted in the MLB.com article about Brad’s foundation. His mom, Lisa Ziegler, was one of four A’s players’ mothers who threw out first pitches before Sunday’s game — the one where Oakland starter Dallas Braden pitched the 19th perfect game in major-league history.
Braden is pitching again tonight. But history won’t repeat itself. The Angels’ Bobby Abreu doubled with two outs in the first.