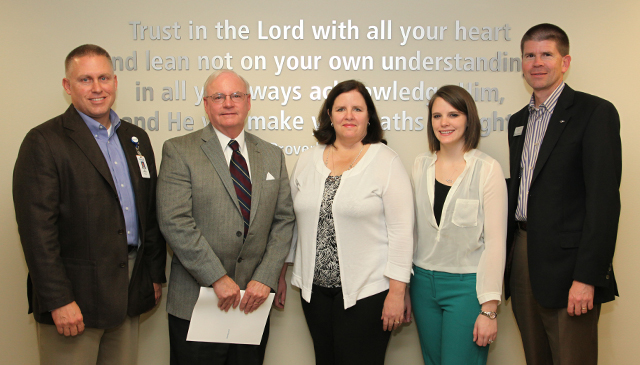 Rebecca Stafford lives on eternally — and in our hearts.
Now her legacy will live on in the lives of nursing students who dedicate themselves to serving others.
Oklahoma Christian University recently announced the full endowment of the Rebecca Stafford Endowed Scholarship for Nursing. Stafford, 20, died March 10 after a three-year battle with cancer. (Read our tribute.) She completed her first year of studies at OC while undergoing chemo treatments and radiation therapy for Ewing’s sarcoma.
She is the daughter of our longtime administrative assistant, Tonda Stafford, and her husband, Barry. The family attends the Memorial Road Church of Christ in Oklahoma City.
In a news release, OC reports: 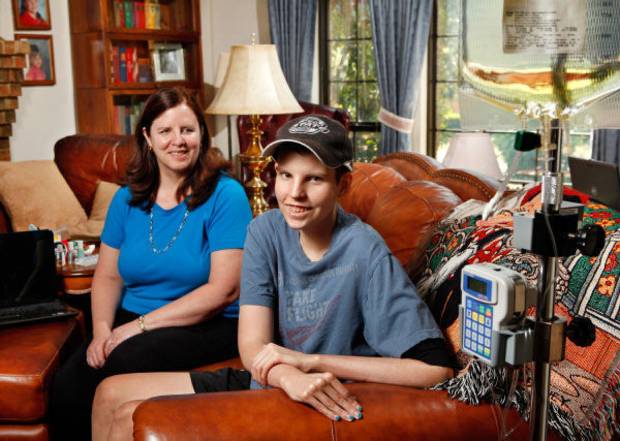 Rebecca Stafford, foreground, and her mom, Tonda, in their home in north Oklahoma City on Aug. 10, 2011. At right is the stand that holds Rebecca’s medicine. (Photo by Jim Beckel, The Oklahoman, via www.newsok.com)

A $10,000.gif?Action=thumbnail&Width=460&algorithm=proportionalt from Mercy Hospital Oklahoma City helped meet the $50,000 fundraising goal, with a matching.gif?Action=thumbnail&Width=460&algorithm=proportionalt from an anonymous donor boosting the endowment to $100,000.
…
“Rebecca wanted to spend as much time as she could as a normal student. Students and people three or four times her age saw her and were inspired,” OC president John deSteiguer said. “The Rebecca Stafford Endowed Scholarship at Oklahoma Christian University is a remarkable tribute to the donors, to the family, to Rebecca and to God. It shows how God can work, and we’re grateful Rebecca’s impact is going to go on long after this.”
OC’s nursing students and faculty rallied around Rebecca as she battled Ewing’s Sarcoma. After she passed away on March 10 – two months shy of her 21st birthday – her family wanted to honor her and help more students earn their nursing degrees at Oklahoma Christian.
“During Rebecca’s illness, nurses were family,” said Rebecca’s mother, Tonda Stafford. “This scholarship can work for the good after everything she went through. It’s what we see is needed because good Christian nurses are amazing.”