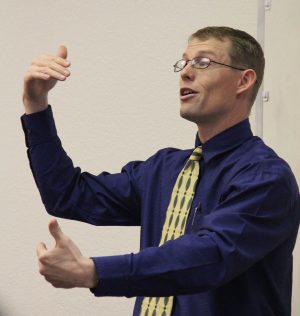 Most of the Salt River Church of Christ knows what Josh Austin is talking about when he uses the chant — a popular cheer at basketball games during his high school years — as a sermon illustration. Smiles and laughter follow.

About 75 souls have crowded into the church’s meeting space in a suburban strip mall for Sunday worship. Among them are Navajo, Hopi, Apache, Paiute, Sioux and Salt River Pima Christians.

Many of them, like their preacher, grew up on Native American reservations and moved to the Phoenix area for jobs or education. One family lives in Prescott and drives more than 100 miles to worship with the church. Other members are white, Latino and African-American.

Jesus ‘Ayóó ‘Áshó’ ni: Members of the Salt River Church of Christ in Mesa, Ariz., sing “Jesus Loves Me” in the Navajo language after a Sunday afternoon potluck. The church has members — many of them recently baptized — from at least five Native American groups. #jesuslovesme #navajo #churchofchrist #mesa #arizona

Austin preaches on the apostle Paul’s words to the early church in Ephesians 4, a passage that stresses “one body and one Spirit … one hope … one Lord, one faith, one baptism; one God and Father of all, who is over all and through all and in all.”

“Everywhere in society, you’re getting divided,” he tells the church. “Paul is praying that you will stay united. Now that you’re Christians, you’d better not divide over politics, over skin color.”

Although he’s white, Austin remembers the culture shock of moving from his home on the Navajo reservation to the big city — in his case, Denver.

“How come you always look at the ground?” his classmates at the University of Denver asked him. Navajos tend to avoid eye contact as a sign of respect, he explains. 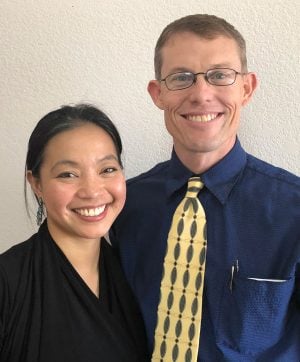 He grew up in Kayenta, Ariz., where his parents, Fred and Susan Austin, planted a Church of Christ and served for 24 years. Josh Austin went to a Navajo school and played on its state championship basketball team in 1993 — a first for a predominantly Native American team.

Josh Austin met his wife, Divine, at the university. He graduated and became branch manager for a company that sells knives. He had fallen away from church, but his office was just down the street from the Bear Valley Church of Christ. He started attending, and “I just kind of got hungry,” he recalls. He enrolled at Bear Valley Bible Institute International, which trains ministers and missionaries.

“Nah, I’m not a preacher,” he insisted to his classmates at Bear Valley. But as he continued to study, “I decided, ‘Man, this is something I could do with my life,’ and then the first thing I thought of was back home.”

The church his parents launched had dwindled since they left in 1997, so Josh Austin and his wife moved to Kayenta to revitalize it. Later they served with a ministry training school in the African nation of Cameroon before returning again to the Navajo Nation.

As Navajo church members moved to the Phoenix metro, the Austins connected them to Churches of Christ there. But too often “they fell away,” he says — partly because of the same culture shock he felt in Denver.

“This is where everybody ends up,” he says of Phoenix and its neighboring towns, including Mesa, Gilbert and Tempe, home to at least 130,000 Native Americans. He called nearly 30 Churches of Christ in the area and identified only about 10 Native Americans worshiping in their pews.

He asked his wife, “What if we did a church plant (in Mesa) to focus on Native Americans — and anybody and everybody that God puts in our path?”

‘THEY FIND THE TRUTH AND THEY LOVE IT’

Divine Austin also knows what it’s like to be an outsider. Born in the Philippines, she moved to the U.S. when she was 8.

Despite the commonalities, sharing the Gospel with Native Americans can be difficult, she says.

“In some respects, they view it as a white man’s religion without even reading the Bible and knowing what it’s about,” she says. “Some of them will not give it a chance.

“Those that do give it a chance, they find the truth and they love it. They change their lives, (though) sometimes it’s a slow process.” 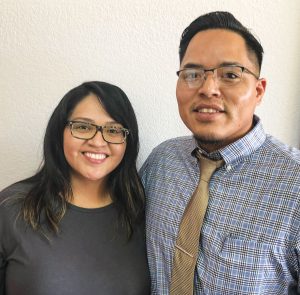 A Navajo who grew up on the reservation, he often questioned his family’s traditional beliefs and ceremonies. In response, his elders told him “jiní,”a Navajo word that means “it is said.” Much of the Navajo religion is passed down through oral tradition. To Todachine, that meant his people’s truths could be subjective.

He visited the Church of Christ in Kayenta during his teen years and came to the Salt River church after he moved to Tempe to study at Arizona State University.

As he studied the Scriptures, he saw that “there is a standard,” he says. He and his wife, Crystal, were baptized and later studied at Bear Valley. Evan Todachine now serves as the church’s assistant minister.

When sharing the Gospel with Native Americans, “automatically, you are chips down before you come to them,” Evan Todachine says. They ask, “If this is the book you want to convert me to, why then were my people murdered? Why was my tribe murdered in the claim that this is what God wants? I’m not going to worship that God.

“My grandparents, our grandparents, they were the kids that were stripped from the family, put into boarding schools and told, ‘You need to stop being natives.’ ‘Kill the Indian, save the man,’ (it was) said at the time. That was the thinking.”

When Christians share their faith with their Native American friends, “not only are we trying to convert them to Christ, we’re having to separate what they experienced in the name of Christianity before we even open up the Bible. Yeah, that evil was done, and I’m sorry, but just give me a chance, and let me show you what true Christianity is — not a white man’s religion. It started in the Middle East.”

‘BE A PART OF YOUR CULTURE, BUT GIVE GLORY TO GOD’

Native Americans — and people from a variety of other ethnicities — are responding to the church’s message.

On Sunday, as Navajo Christian Stenson Osif leads hymns, a young Native American couple, baptized two weeks ago, sings along. Two rows ahead is a small group of white Christians — residents of a housing community across the street from the shopping center, also recent converts.

“Everybody is accepted. Everybody is taught,” says Joanne Pigg, who worshiped with a church in Tempe before moving to Salt River two years ago. “I love it. I love the spirit, the heart.” 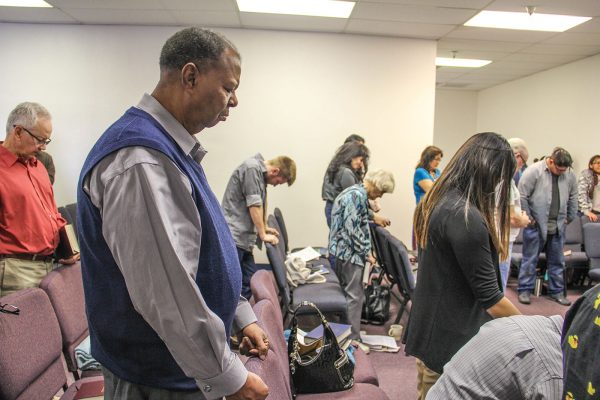 Aaron Sayles, a longtime member of the Tonto Church of Christ in Phoenix, began worshiping with Salt River after it launched. He has helped with outreach efforts and door-knocking campaigns in the nearby Salt River Pima–Maricopa Indian Community.

“It’s just amazing that God led me here because I fit right in,” Sayles says. “God has brought us all together to work in his church.”

Mixing the church’s diverse cultures can be a challenge, Josh Austin says. He wants the church’s members to be proud of their heritage and to participate in their family traditions when they can — whether it be a Navajo celebration of a baby’s first laugh or other rites of passage.

His message: “Be a part of your culture, but give the glory to God.”

Evan Todachine puts it this way: “You can claim to be whatever you want in life, but it’s your actions. They’ll know we are Christians by our love, by our fruit.” 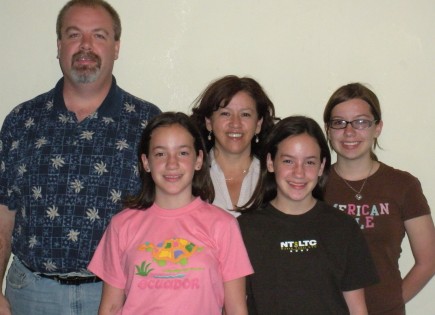 This is one of those “it’s a small world” stories.… 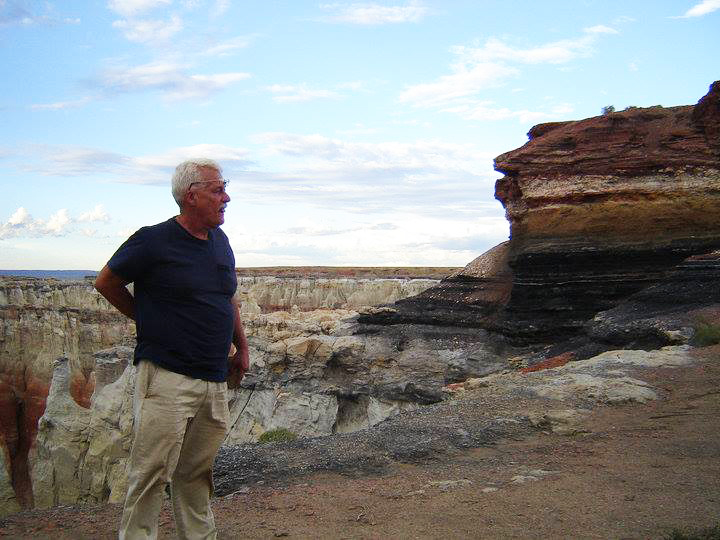 Paul Ghee, missionary to the Navajo, dies at 60