Inspired by the Old Testament patriarch who endured a trial of water, Christians on the Caribbean island of Dominica show resilience after a devastating hurricane.

‘If we die tonight, we die as a family.”

That’s what Elijah LeBlanc told his wife, Shalette, and their two young daughters as they huddled on a mattress in an upstairs bedroom. Outside, Hurricane Maria was tearing the Caribbean island of Dominca apart with Category 5 winds of 160 miles per hour.

A floor below, water was pouring into the house. The garage door was gone.

“I know you are scared,” the Church of Christ member told his family. “Let’s transfer that fear into trust in God.

“And we pulled out our songbooks and our Bibles and we began singing.”

Hours later, as the storm subsided, the family went outside and saw “every single tree, broken,” LeBlanc said. “I’m very thankful that God spared us.”

The Sept. 18 storm claimed more than 30 lives and damaged 85 percent of the islands homes, leaving nearly 50,000 of its 73,000 residents homeless. Four months later, crews continue to restore power to parts of the island. Much of the island lacks running water, and the storm wiped out much of Dominica’s agriculture. Unemployment and food prices are high. 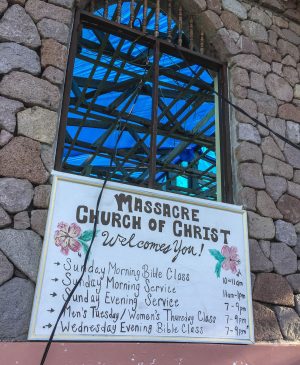 “It will be years before the island returns to any state of normalcy,” said Jon McKenzie, youth and family minister for the Bridgewood Church of Christ in Fort Worth, Texas, which has worked with the Massacre (pronounced “Mass-SOK”)

Church of Christ in Dominica for nearly 40 years. The storm tore the roof from the Massacre church’s building and completely destroyed the meeting place of two other Churches of Christ in the communities of Good Hope and Castle Comfort. The Bridgewood church is raising funds for rebuilding and relief.

McKenzie and other Bridgewood members visited Dominica recently to assess needs and encourage Christians there. Despite the massive task ahead, “what we did see among all the damage was a positive spirit of perseverance that could not be missed,” he said. “The people of Dominica are strong. They will pick up and clean up from the damage. They will rebuild homes and lives.”

Their determination is inspired by Scripture, said Robert Nicholas, a longtime member of the Massacre church who was baptized in 1974. 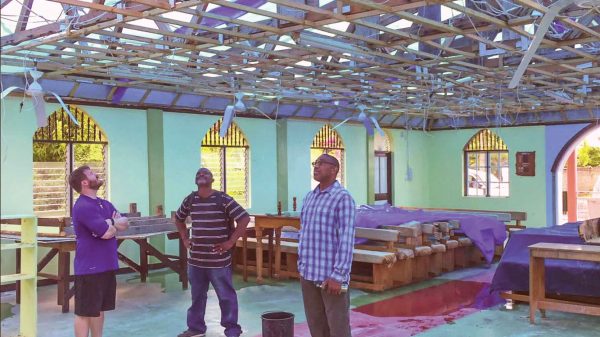 Travis Talkington, left, and Wallace Hood, right, both from the Bridgewood Church of Christ in Fort Worth, Texas, survey damage to the roof of the Massacre Church of Christ along with Dominica church member Kurnel Simon, center.

“Noah was in a struggle like us, with a lot of water,” Nicholas said, referencing the Old Testament patriarch from the book of Genesis. “Noah never gave up. He trusted God.

“God told us that this time is coming, that this is just the beginning of sorrow. He tells you, ‘Hold on, don’t give in.’ … You have to go through trials.”

Another Massacre member, Craig Hamilton, added that surviving the hurricane has taught him to “not hang my hats on material stuff.” 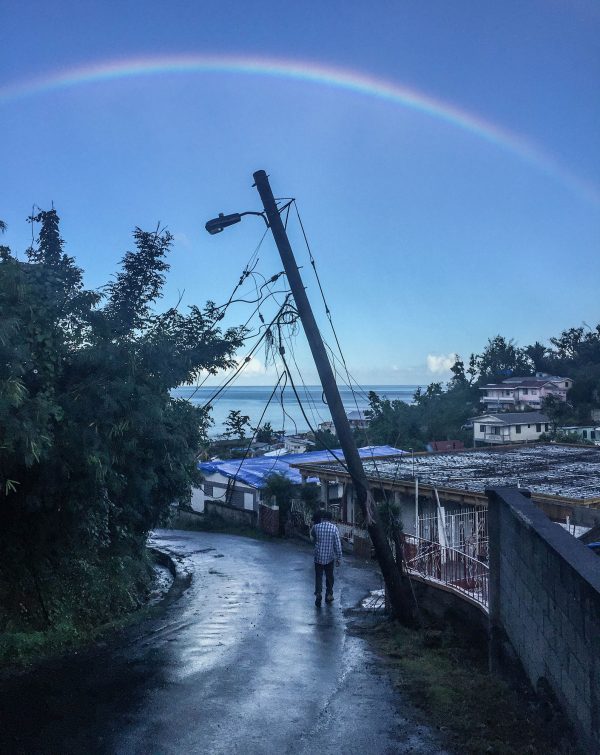 A faint rainbow is visible over the community of Massacre, Dominica. The bent power pole is one of hundreds on the island. Four months after Hurricane Maria, many communities are still without power or running water. Unemployment also is high. 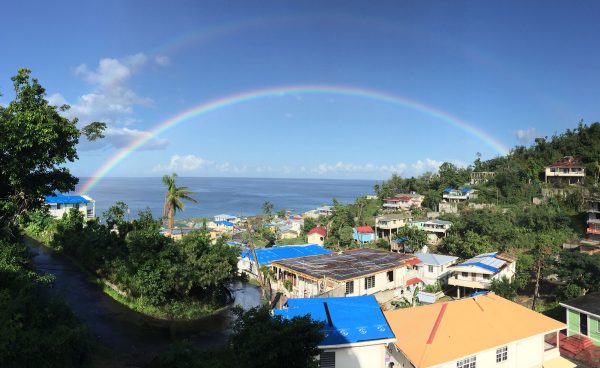 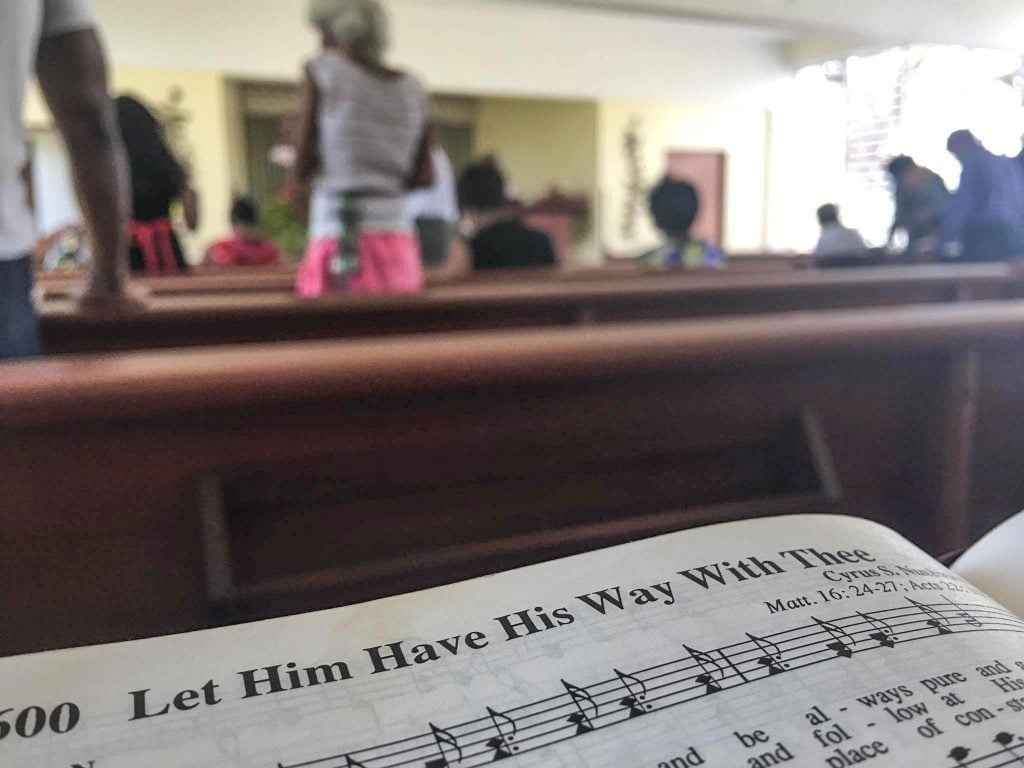 Around the World: Preachers of the Caribbean, savvy?

Dominica, where Capt. Jack Sparrow fled from angry islanders in…