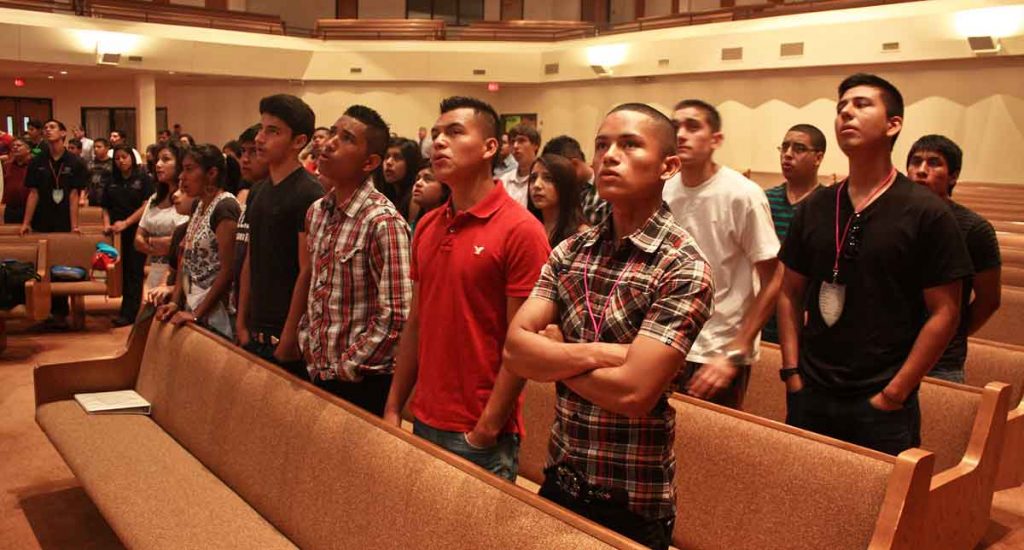 No translation required at Hispanic youth conference in Oklahoma 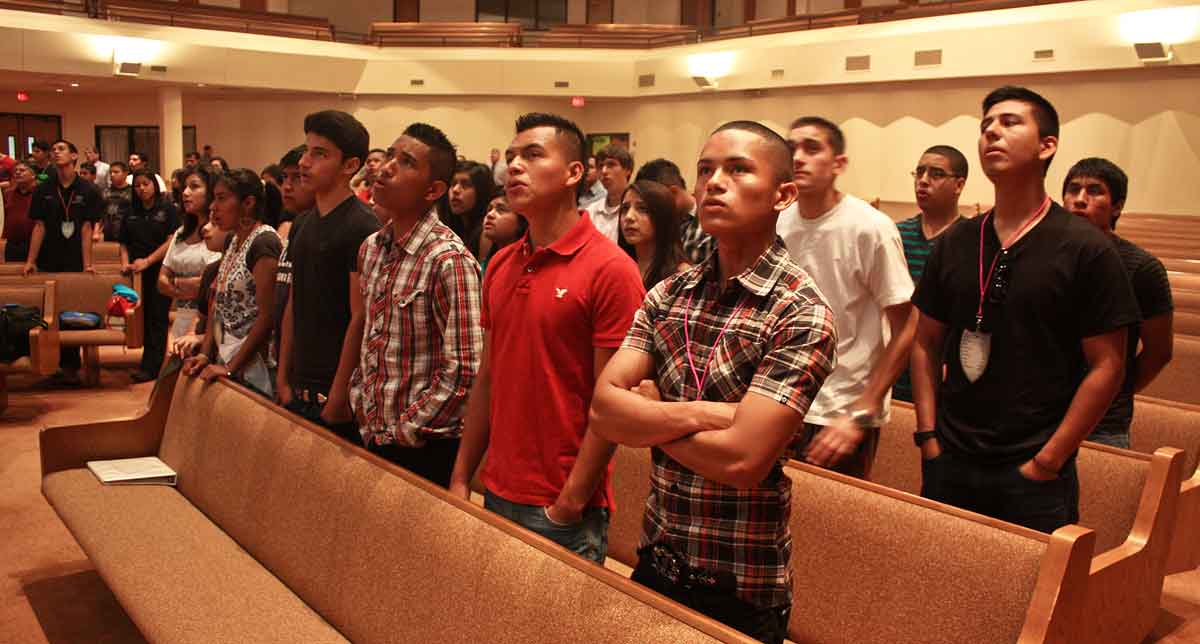 Blogging live from Oklahoma City
More than 200 youths from Churches of Christ as far away as Las Vegas and San Diego are here this week for the fourth “Reunion Nacional Juevenil” (“National Youth Conference”). The Southeast Church of Christ, a Spanish-speaking congregation in Oklahoma City, sponsors this year’s conference, using the facility of the Oakcrest Church of Christ. 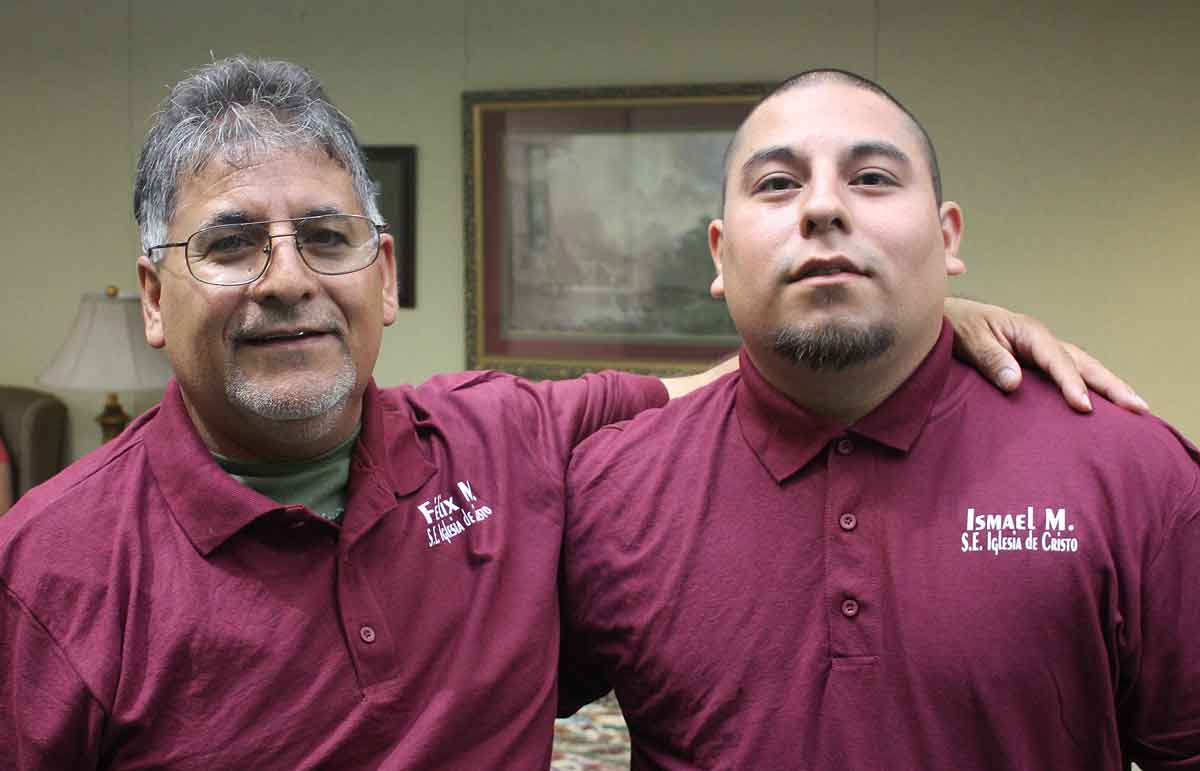 Felix Martinez and his son, Ismael, of the Southeast Church of Christ in Oklahoma City, help coordinate this year’s Naitonal Youth Conference. (Photo by Erik Tryggestad)

“The purpose is to preach the Gospel to the young people,” said Felix Martinez, minister for the Southeast church. Spanish-speaking congregations launched the conference four years ago to encourage involvement among Hispanic youth in their churches.
The children of immigrants from Latin American countries who grow up in the U.S. are fluent in two languages, and “they can be involved in English and Spanish churches,” Martinez said. Spanish-speaking youths can provide a vital link between believers of both language groups, he added.
Most of the conference is in Spanish, but English speakers are welcome. In the hallways of the Oakcrest church, participants float effortlessly between the two languages as they speak to each other. 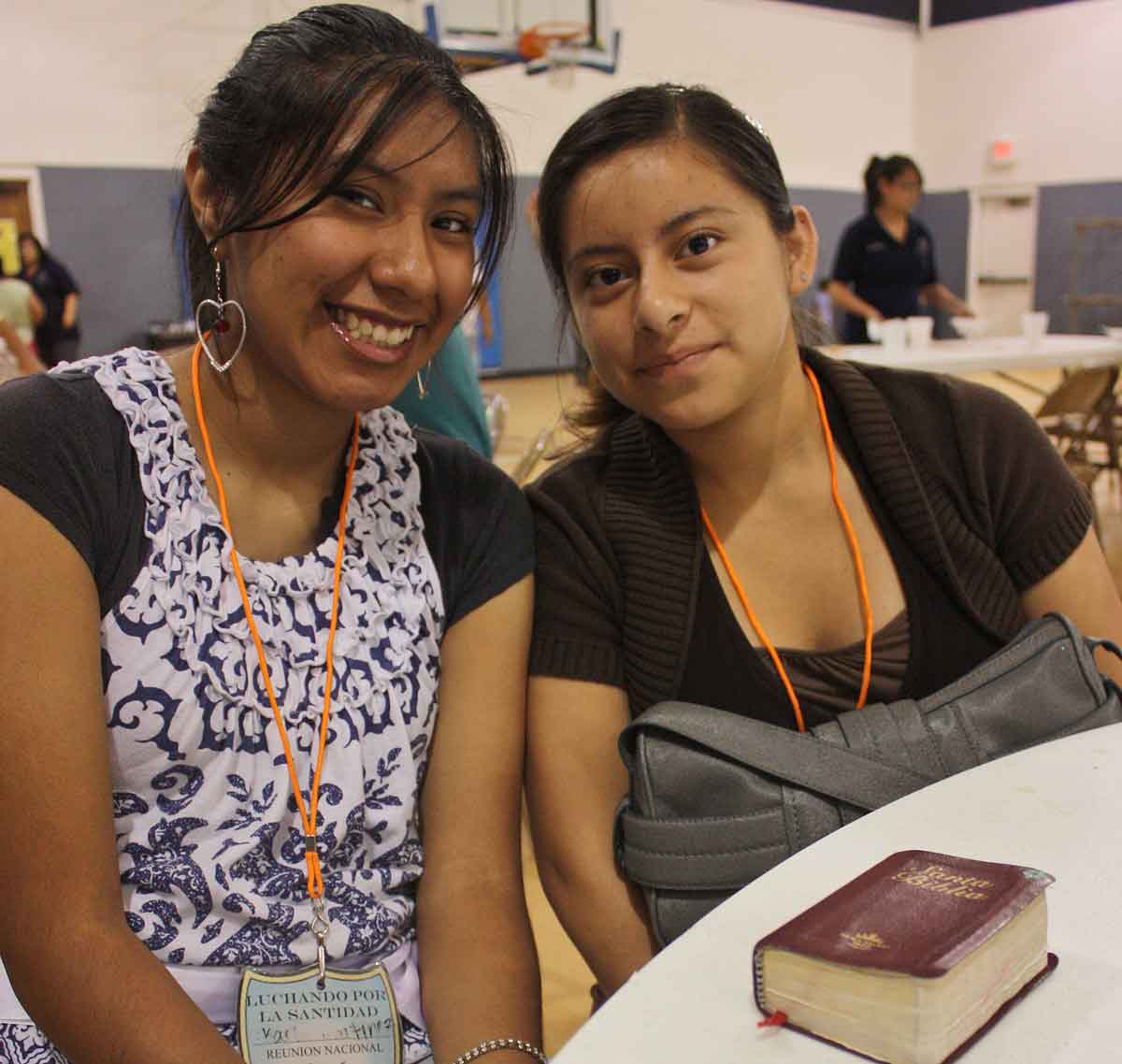 Carla Martinez and Patty Rivera from the Rogers, Ark., Church of Christ at the National Youth Conference. (Photo by Erik Tryggestad)

About 35 people are here from the Rogers, Ark., Church of Christ, including 14-year-old Carla Martinez and 15-year-old Patty Rivera. They both were born in the U.S., the daughters of immigrants from Mexico and Guatemala. Their church is entirely Spanish-speaking, but they participate in activities with local English-speaking congregations, Martinez said.
Like most American teenagers, Latino children face many temptations, Rivera said. (The theme of this year’s conference is “Fighting for Holiness” and many of the speakers are emphasizing the need for purity and holy living.)
It’s true that some young people leave the faith of their parents after they move away from home, Rivera said, but she’s seen others who have grown in their faith and become devoted followers of Christ as they mature.
Churches of Christ face challenges in ministering to second- and third-generation immigrants from Latin America. Dan Rodriguez, associate professor of religion and Hispanic studies at Pepperdine University in Malibu, Calif. In 2008 he and other Hispanic Christians talked about the challenges: 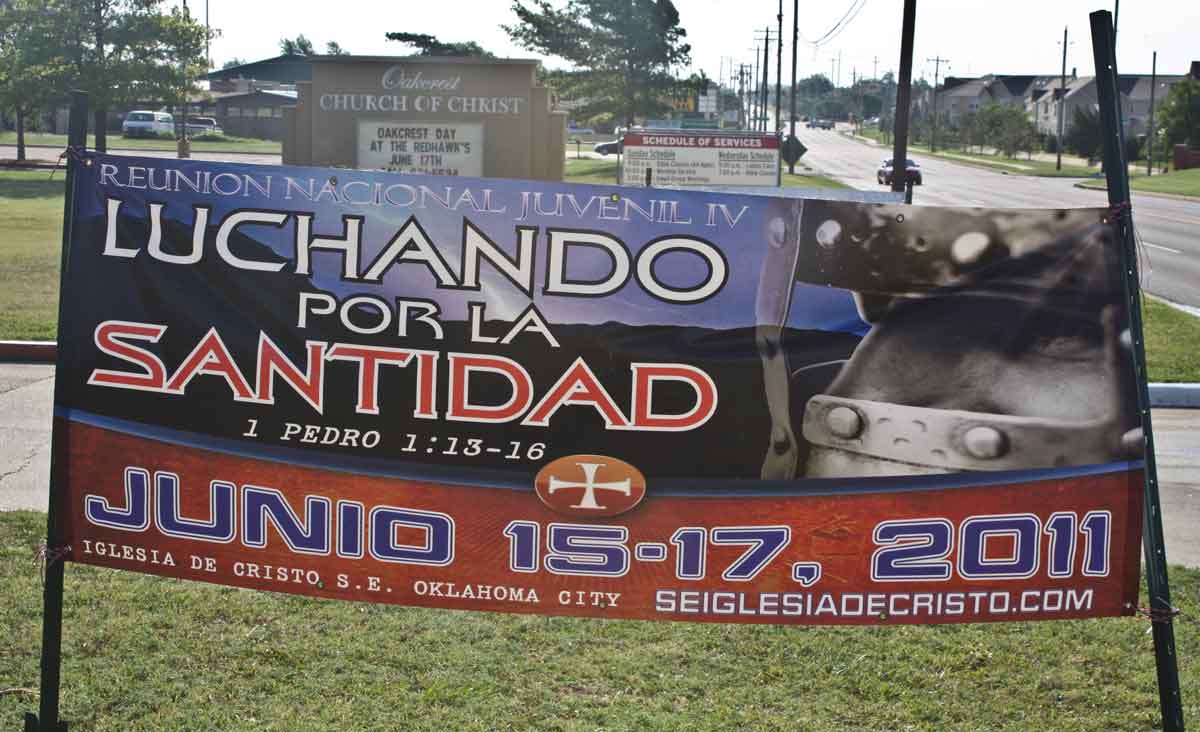 “Fighting for Holiness” is the theme of the fourth National Youth Conference, hosted this year by Churches of Christ in Oklahoma City. (Photo by Erik Tryggestad)

Some Churches of Christ minister to immigrants by conducting foreign-language services in their fellowship halls, Rodriguez said. But the immigrants’ children, who grow up American, often are “lost in the hallway between the fellowship hall and the main auditorium,” he said.
Children of immigrants grow up in two cultures — one in their home and one they encounter in school, said Josh Murillo, whose family moved to the U.S. from Honduras when he was 4. His father, Berto, is cross-cultural minister for the South MacArthur church in Irving, Texas.
Some children find it hard to adapt to their church’s primarily Anglo youth groups, Murillo said. One reason may be a lack of interaction between immigrant parents and the American parents who work with the youth.
“Once you have relationships with the parents, you understand how they think a little bit,” said Murillo, who became a U.S. citizen in February.
Rodriguez, a third-generation Hispanic American, is researching religious groups that attract both immigrants and their descendants. One group, Praise Chapel International, has hundreds of congregations across the country that are entirely Hispanic yet conduct services in English, he noted.
“The fastest-growing churches have realized that language is not a barrier,” Rodriguez said. “They have recognized how to reach the grandmother who speaks only Spanish and her grandchildren, who speak English.”

Read the full story.
Does your congregation provide outreach opportunities or programs specifically for the children of immigrants? How can Churches of Christ keep from losing Hispanic youth “between the fellowship hall and the auditorium?”