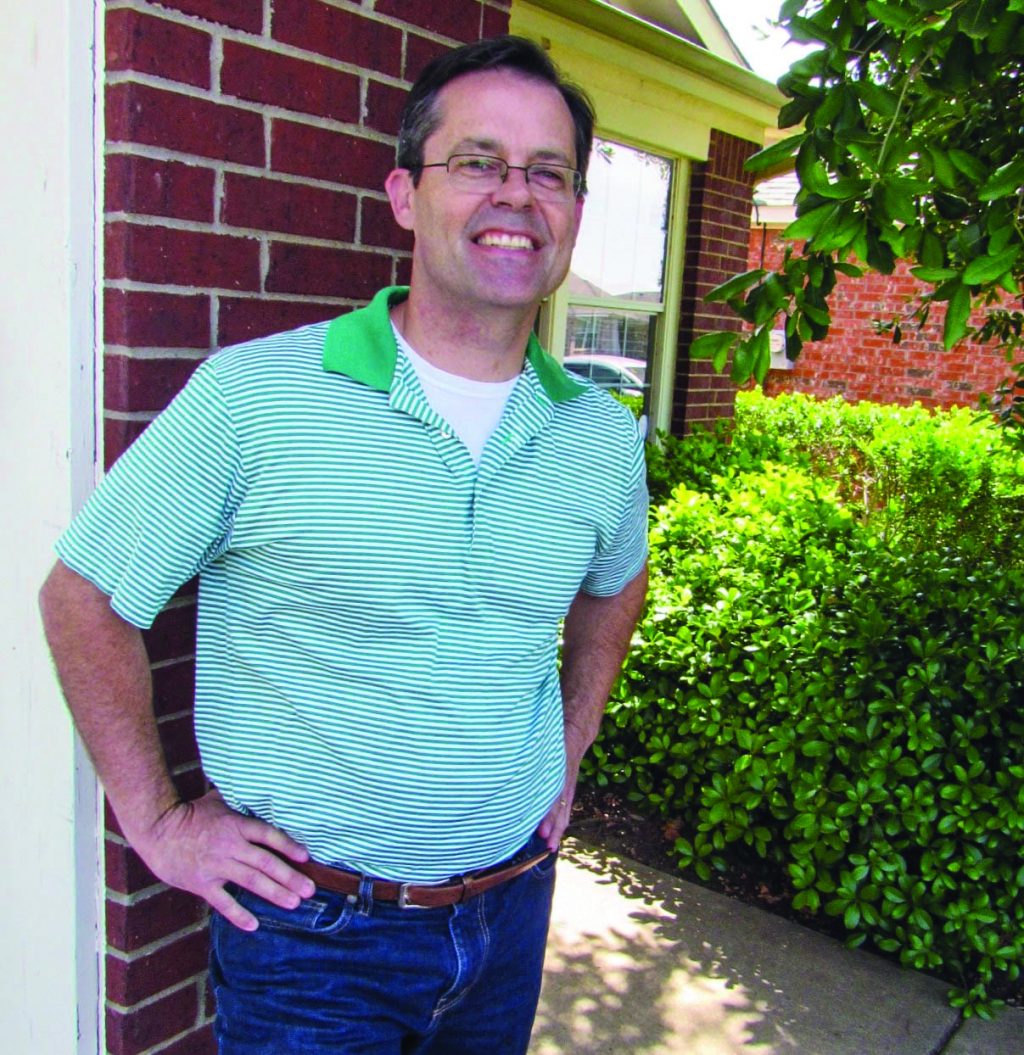 ‘No such thing as individual communion’

Does the number of cups in the Lord's Supper matter? A minister for one-cup congregations shares his perspective.

Brett Hickey preaches for a church that finds unity in one loaf and one cup.

Hickey, who began his career in 1992 with the Cross Street Church of Christ in Mountain Home, Ark., is part of the fellowship often referred to as “One Cup.”

The most recent volume of the directory “Churches of Christ in the United States,” published by 21st Century Christian, lists 553 one-cup congregations with a combined membership of 18,929. Most do not have separate Bible classes and partake the Lord’s Supper from an undivided loaf of unleavened bread and one cup.

In addition to preaching across the nation and authoring a book on the Lord’s Supper, Hickey shares his faith on “Let the Bible Speak,” a TV program produced for more than 40 years by Ronny Wade. On behalf of the Mission Hills Church of Christ in Springfield, Mo., Wade asked Hickey to begin hosting the program on Springfield’s NBC affiliate in 2008. Now that broadcast airs on 32 other stations that reach 21 states and Canada. In addition, Kevin Presley hosts “Let the Bible Speak” in Fort Smith, Ark., and Monroe, La. Brandon Stephens and Shahe’ Gergian host the program in Columbia, Mo.
In July 2015, Hickey began working with the Denton County Church of Christ in Lewisville, Texas.


“I thank God for the difference that Jesus has made in my life,” Hickey said. “He helps me to be a better husband, better father and better neighbor.” 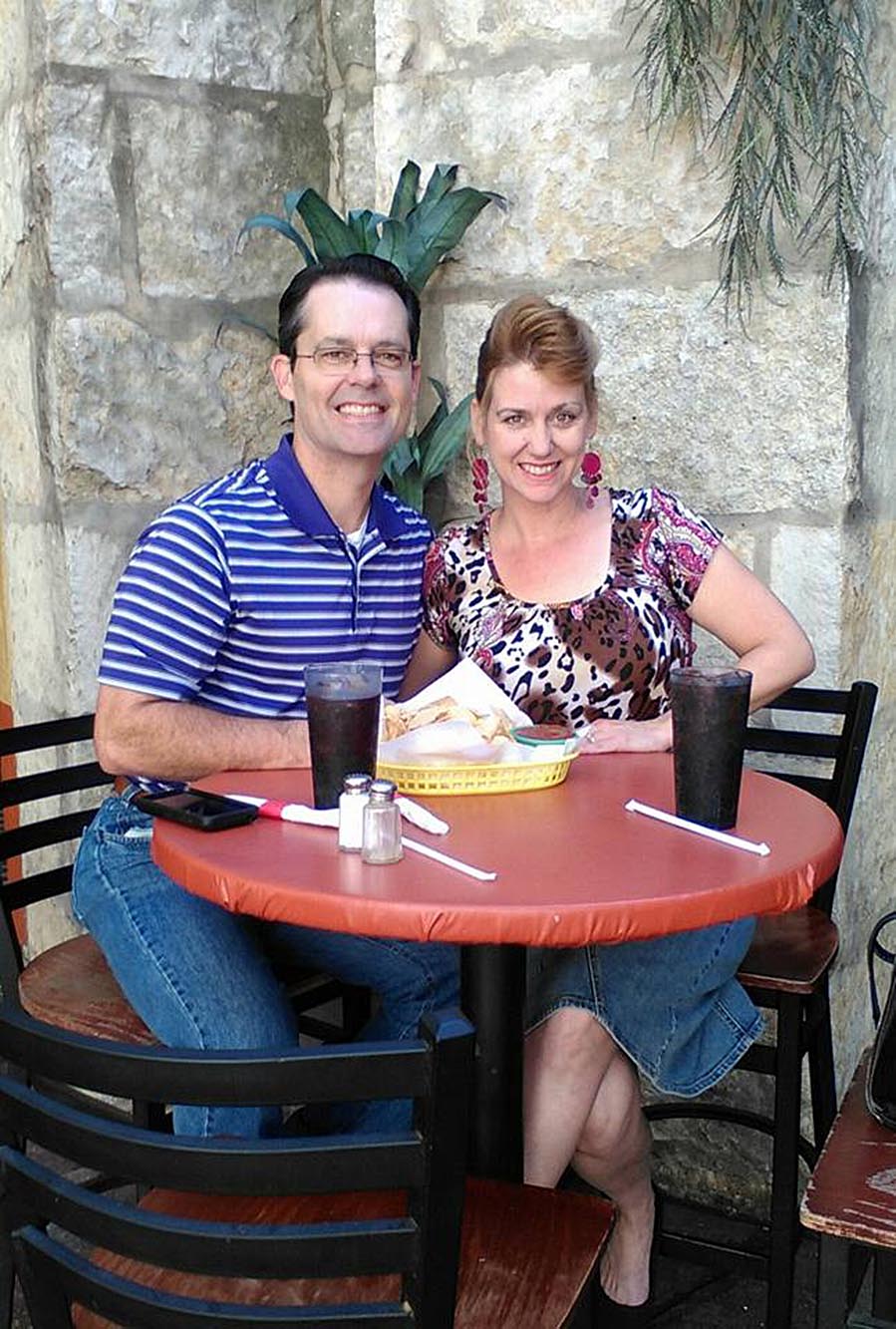 Please explain the reasons for using only one cup in the Lord’s Supper?

We use only one cup in the Lord’s Supper:

• To preserve this divine ordinance “just as it was delivered,” as we read in 1 Corinthians 11:2.

• Because the scriptural precedent for how to observe the Lord’s Supper — with one loaf and one cup — is as weighty as for when to observe it (on “the first day of the week,” as we read in Acts 20:7). The Scriptures regarding how to partake of the Lord’s Supper are even more emphatic (“do this”), including Mark 14:23, Luke 22:19 and 1 Corinthians 11:24-25.

• Because the cup containing the fruit of the vine has spiritual significance, as we read in Luke 22:20 and 1 Corinthians 11:25.

• To safeguard the sharing, joint participation and intimacy inherent in the word “communion” (1 Corinthians 10:16). The phrase “individual communion” is a contradiction.

People often ask about the health risk of using one cup. What about that?

This is an important question because it is the reason denominational leaders initiated the individual communion service in the 1890’s — and why some Churches of Christ followed their lead about 20 years later.
“When we insist on assemblies with hundreds of Christians when we commune, do we lose something special that Jesus expected us to experience as the family of God?”By faith, we obey the Lord regardless of the consequences (Hebrews 11:17-19, 24-27). Just as we do not test the legitimacy of Jesus’ command to visit the sick by weighing the potential health risks (Matthew 25:31-46), we do not consider health risk a relevant problem in obeying Jesus’ command for the assembled to share the cup

Scientific studies vindicate the propriety of Jesus’ command. A Journal of Hygiene article reports a study commissioned by the Central Public Health Laboratory in London on the transmission of infection via the common communion cup. The conclusion was that the risk of disease transmission “is very small, and probably much smaller than that of contracting infection by other methods in any gathering of people.”

In a Los Angeles Times interview, New Jersey microbiologist Anne LaGrange Loving insisted that, “People who sip from the communion cup don’t get sick more often than anyone else … It isn’t any riskier than standing in line at the movies.”

A young denominational man attended a service in Nashville, Tenn. Afterward, he told me enthusiastically, “You guys are tight!”

I asked what he meant. He said, “You all shared the same cup.”

When we insist on assemblies with hundreds of Christians when we commune, do we lose something special that Jesus expected us to experience as the family of God?

Are there other differences between individual- and multiple- cup Churches of Christ?

Many congregations have women teachers in publicly advertised Bible classes. This practice is rooted in denominationalism, not Scripture (1 Timothy 2:11-15, 1 Corinthians 14:34-35). Women play a critical but different role in the church. Women may even teach men in private (Acts 18:26), but women may not engage in public Bible teaching. The Scriptures are very explicit: “Let your women keep silent in the churches (“in the assemblies,” as Young’s Literal Translation reads), for they are not permitted to speak” (1 Corinthians 14:34).

We find no biblical authority for segregated Bible classes. When the early church assembled, they “came together into one place” (1 Corinthians 11:17-20, 33-34, 14:23-26). Fathers, not the church, are responsible for bringing up their children “in the nurture and admonition of the Lord” (Ephesians 6:4, King James Version). Even friends of the segregated assembly now question the practical argument they once presented in its favor.

In addition, we have thousands of congregations in Africa, hundreds in Latin America and scores in Asia.

Do one-cup congregations consider themselves to be in fellowship with other Churches of Christ?

We see this departure from the New Testament in the same light as many multi-cup congregations view those who have introduced instrumental music into their worship services and so do not consider them to be in fellowship with us.

How significant is the doctrine of one cup in your overall understanding of the Gospel?

The Spirit hits a central tenet of the Gospel in 1 John 4:19: “We love him because he first loved us.”

The apostle Peter expresses this truth a different way in Acts 2:36 when he says that God made Jesus both Lord and Christ.

Can there be any unity among one-cup and multi-cup churches?

Division in the body of Christ pains us. We deeply desire unity with all of our brothers and sisters, but truth comes before unity (John 17:17-21).
We cannot have true unity with congregations that use instrumental music or individual cups in their worship services.

Men forced needless division upon the church with this burgeoning denominational trend. G.C. Brewer wrote in his 1948 autobiography:
I think I was the first preacher to advocate the use of the individual communion cup, and the first church in the State of Tennessee that adopted it was the church for which I was preaching, the Central Church of Christ at Chattanooga, Tennessee, then meeting in the Masonic Temple. My next work was with the church at Columbia, Tennessee, and, after a long struggle, I got the individual communion service into that congregation. … Of course, I was fought both privately and publicly.

Any change in a teaching that was practiced for almost 20 centuries after the time of Jesus is at the least questionable and at the most unacceptable. The use of the common drinking vessel was so entrenched that brother Brewer had to battle within the body to promote the novel practice.
What is the solution? Should those with Bible-based convictions shrug their shoulders and pretend nothing is wrong? Or should those who inherited the divisive practice from secular concerns rally to restore the intimacy that has been lost in communion and the unity that has been compromised within the body of Christ (1 Peter 2:17)?

J. W. McGarvey also pressed these points in his column in the Christian Standard on June 25, 1904:
Whatever may be the special pleading in excuse for this innovation, it is perfectly clear that it aims to avoid that which the Lord enjoined in instituting the Supper; that is, the use of the same cup by a number of individuals. He could have directed each of the twelve to drink from his own cup, had he adjudged that to be the better way. But he did not, and we shall be far more likely to please him by doing what he did than by doing what he avoided.
We agree with brother McGarvey and plead with our dear brothers and sisters to carefully consider the grounds for unity on this issue. 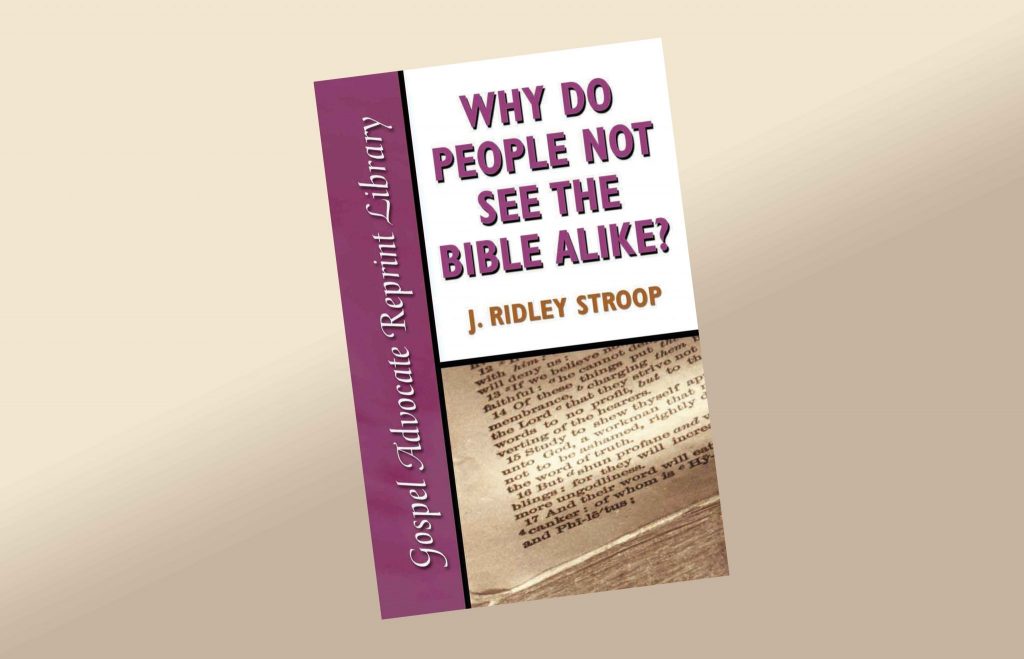 Seventy years have passed since J. Ridley Stroop wrote “Why… 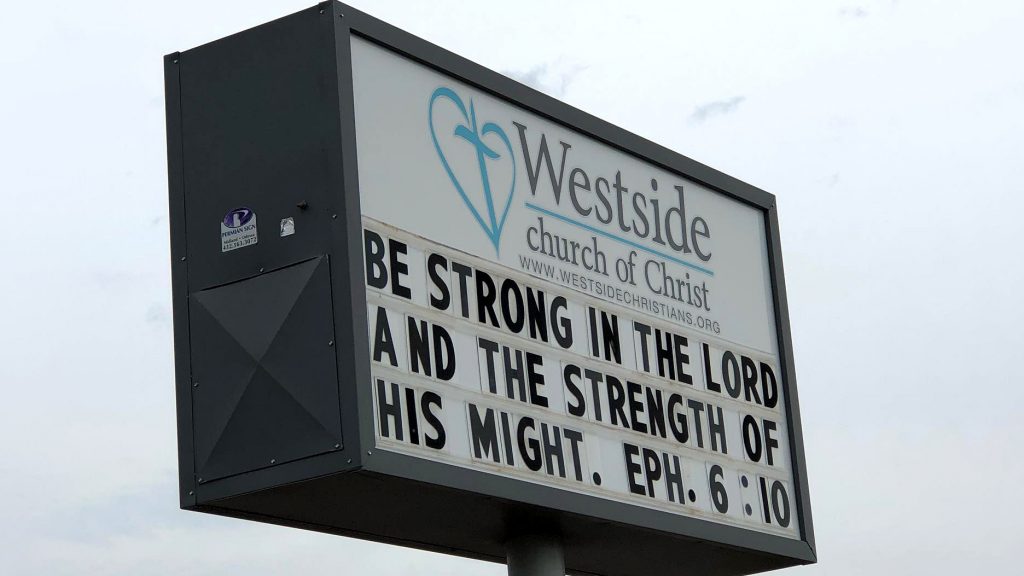