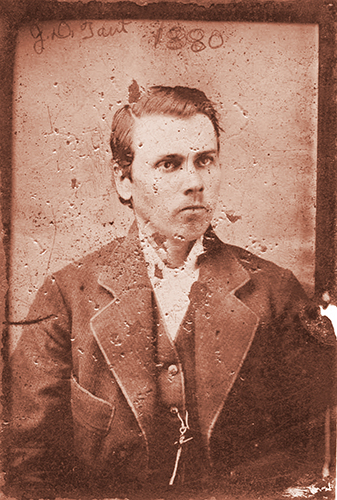 No matter the cost — or the pay

The life of J.D. Tant, who baptized thousands, shows ‘what it is to be committed,’ his grandson says
Anthony Rhoads
MARIETTA, Ga. — In 1883, after three years of preaching, J.D. Tant was paid for the first time. He received a total of $9.75 for the year — $5 of which he got for performing a wedding. Adjusted for inflation, that’s an annual salary of about $238.

That’s one message the renowned preacher’s grandson, David Tant, wants to convey to a new generation of ministers: be totally committed to the Gospel, regardless of the cost — or the pay. 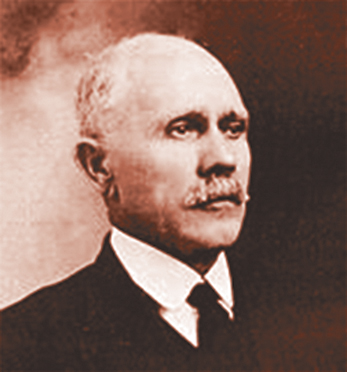 A pioneer minister, J.D. Tant spent weeks at a time conducting gospel meetings and helping to plant Churches of Christ. He and his family lived and ministered in states including Texas, Tennessee, New Mexico, Arkansas, and Mississippi.

As the U.S. population moved from rural communities to urban centers, he was critical of churches adopting the practices of denominations, often concluding his writings with the phrase “Brethren, we are drifting.” He also was an ardent proponent of the church’s duty to care for orphans and widows.
The younger Tant ministers for the Roswell Church of Christ in a northern suburb of Atlanta. He recently presented “The Life of J.D. Tant” at the 71st annual Faulkner Lectures on the campus of Faulkner University in Montgomery, Ala.

It was the first time he devoted an entire lecture to his grandfather. In addition to his personal recollections, he drew material from the 1958 biography, “J.D. Tant: Texas Preacher

,” written by his father and J.D. Tant’s son, Yater Tant.

David Tant wants today’s preachers to learn from his grandfather “what it is to be committed,” he told The Christian Chronicle.

“To some of them, preaching is a profession,” David Tant said, “but that’s not what it’s all about, and if they can see that there are men who are committed to upholding the truth … then that may inspire them.”

Even 74 years after his death, J.D. Tant remains “a great influence on a number of people still,” his grandson said. He was known as a skilled debater, participating in some 300 debates and gospel meetings during his lifetime. He baptized more than 8,000 new believers, and about 100 of them became preachers. 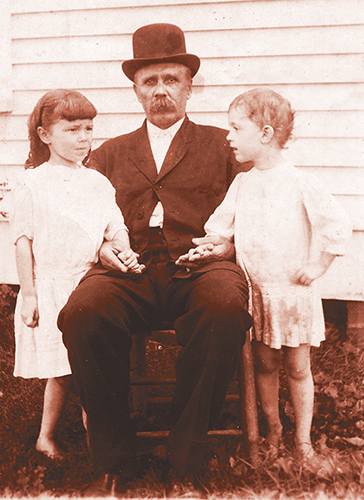 J. D. Tant at the New Hope Church of Christ in Middleton, Tenn., circa 1930. (PHOTO PROVIDED BY WAYNE KILPATRICK)
Though scholars debate whether or not J.D. Tant would have supported the movement, they praise his zeal and his contribution to the growth of Churches of Christ across the South.

“J.D. Tant’s legacy of personal sacrifice, public debates and the conversion of hundreds of denominational members to the simple Gospel is beyond question,” said C.G. Caldwell, a professor and president emeritus of Florida College, a a 500-student school in Temple Terrace, Fla., associated with non-institutional churches.

“Preaching was his life,” Caldwell said, “and alongside other unique, conservative men like Austin McGary, Texas Christians were brought to stand firm against innovations like instrumental music and church-sponsored societies.

“He was a one-of-a-kind character, right for his time, and effective in promoting the cause of Christ.”
CRAWLING THROUGH A WINDOW TO LEARN 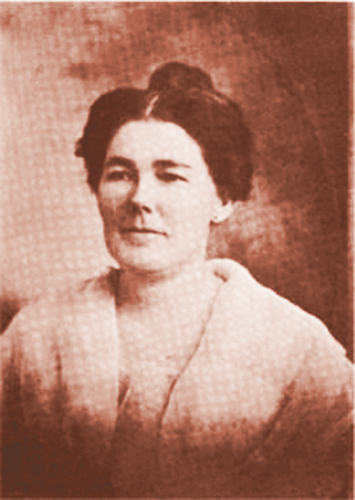 In her autobiography, “Reminiscences of a Pioneer Preacher’s Wife,” Nannie Tant described her life as “filled with incredible hardships and difficulties.” She often worked the family farm in rural Texas alone as her husband spent weeks at a time hosting debates and gospel meetings. Yet, “I have not one moment of regret for the choice I made,” she wrote.

Born in Tennessee, she was the second wife of traveling evangelist J.D. Tant, whose first wife, Laura, died of pneumonia while working on the farm. On occasion, she accompanied her husband on gospel campaigns. She also worked tirelessly on behalf of orphan homes founded by members of Churches of Christ. In 1930, she traveled the South and raised thousands of dollars for the Tennessee Orphan Home in Columbia, Tenn., urging women individually and in groups to contribute, church historian Richard Hughes wrote.

Though life as a pioneer preacher’s wife was hard, “equally incredible have been the reward and the happiness,” she wrote. “I have been richly blessed.” By the time he began preaching, J.D. Tant was no stranger to financial hardship and poverty.

Born west of Atlanta in Georgia’s Paulding County, he was eight days old when his father, a farmer who didn’t own slaves, left home to join the Confederate army. He survived the Civil War but didn’t return for four years. During that time, the Union Army marched through Georgia, and the Tants’ home stood in the path of Gen. William T. Sherman’s march to the sea. Soldiers burned the home to the ground.

“They didn’t allow my great-great-grandmother to go into the house and get anything out at all,” David Tant said, adding that the family “lived under an oak tree for some months.”

Years later, a lawyer swindled the family out of their land, David Tant said, and the family moved to south Georgia. When J.D. Tant was 15, the family headed west to Texas. J.D. Tant attended school but couldn’t afford textbooks. A teacher took pity on him and agreed to leave a school window unlocked so he could crawl into the classroom at night, borrow textbooks from the cupboard and study.

“The other kids were amazed,” David Tant said. “People came from miles around to see the ‘Tant idiot boy’ that learned his lessons without any books.”

He was equally interested in preaching, joking that it “took more lung power than brain power,” so he qualified, David Tant said. At age 17 he was ordained as a Methodist preacher. Soon, however, he began to question the validity of his infant baptism. In Buda, Texas, he heard Church of Christ minister W.H.D. Carrington preach during a gospel meeting.

“Some time later, he was convinced he needed to be baptized, so if I recall, he got on his horse and rode 120 miles to find someone to baptize him into Christ,” David Tant said.
RARELY PAID, TOTALLY COMMITTED
David Tant said his grandfather was never fully supported (or even well-supported) as a preacher, so he farmed to feed his family. For a time he worked as a “bronc buster,” saddle-breaking wild horses — sometimes while riding them to a gospel meeting. He earned $5 per horse.

Maintaining a job and a farm was difficult, though, for a circuit-riding preacher — gone sometimes for two months at a time to preach at gospel meetings. Adding to J.D. Tant’s financial woes were churches that promised to pay him but didn’t.

“Many places it was not unusual for him to hold a two- or three-week meeting without one cent of support,” David Tant said.

Regardless of the challenges, though, J.D. Tant continued to preach and participate in debates almost up until his death in 1941.

“I’ve never read of anyone who had more total commitment than he did,” his grandson said. “Nothing was going to stop him from preaching the Gospel.”
Related Coverage: