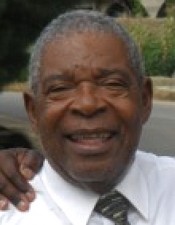 Erik Tryggestad
President and CEO
Okon Mkpong, a longtime church leader in Nigeria, was released unharmed by his kidnappers Feb. 23 after nearly 12 days in captivity.
“We know that this is another testimony to the awesome power of God,” said the minister’s daughter, Uduak Afangideh, who teaches biology at Faulkner University in Montgomery, Ala. Another daughter, Idongesit Mkpong-Ruffin, chairs Faulkner’s computer science department.
“All members of the Mkpong family, both in the United States and Nigeria, would like to thank our Faulkner family for their prayers during the past week,” Afangideh wrote in a message to Faulkner employees. “God answered those prayers in an amazing manner …”
“We got to talk to him — amidst songs of praise by family members back home,” Afangideh added.
Mkpong is an elder of a Church of Christ in Uyo, a city in southernNigeria’s Akwa Ibom state. He launched a Christian school, a ministrytraining school and a hospital in his home country.
He was abducted from his home Feb. 11. The kidnappers demanded a ransom, and family members in Nigeria negotiated for his release.
While her father was held captive, Afangideh wrote a message to supporters.
“My family is resolute in the fact that God is fully in control, that the Bible is full of promises to rescue those who trust in him, secure in the fact that my father has served him all his life,” she wrote. “We stand on the faith of our fathers and refuse to give in to fear.”
Last August Dr. Robert Whittaker, a British-born physician and church member, was abducted from his home near Aba, Nigeria, about 50 miles west of Uyo. After 48 hours, church members negotiated for his release.
Whittaker continues to recover from a gunshot wound he suffered during the kidnapping. The physician recently returned from a medical mission trip to Haiti.