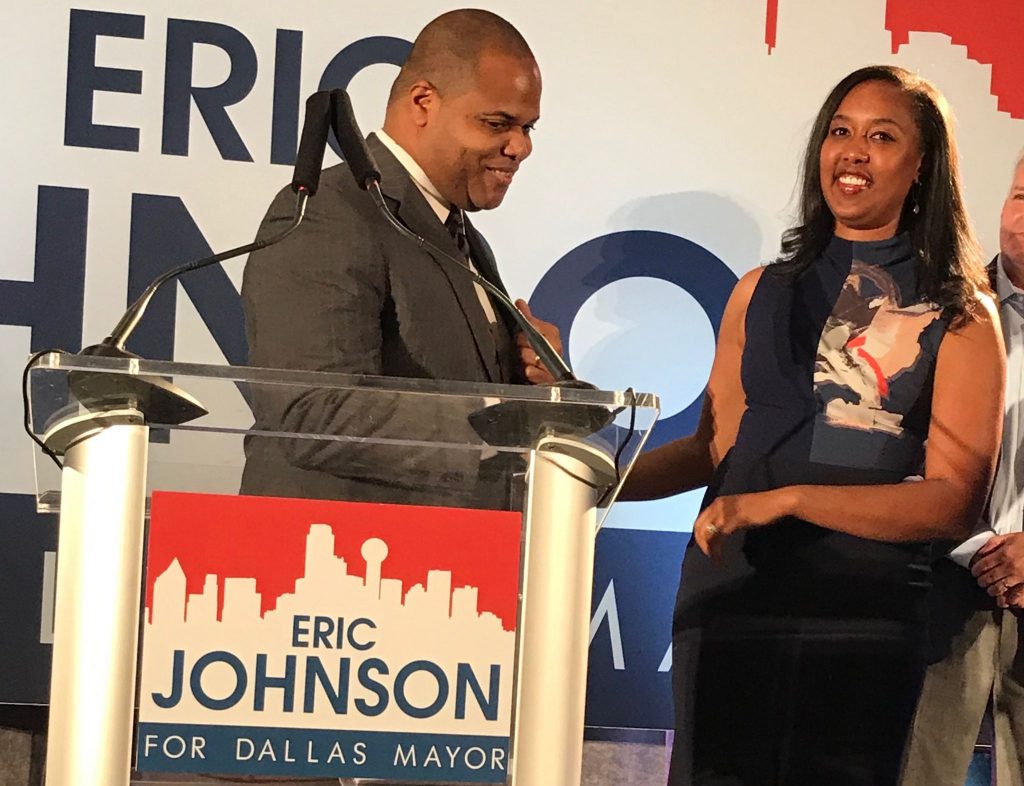 On the morning after his election as the next mayor of Dallas, Eric Johnson returned to his roots — the Dallas West Church of Christ.

At the congregation where the 43-year-old lawyer and state representative grew up, fellow Christians formed a circle, held hands and prayed for Johnson’s success leading the city of 1.3 million people.

Posted by Dallas West Church of Christ on Sunday, June 9, 2019

“Every single time that I have stood before the voters of Dallas, I have put my faith in two places — in the good Lord above and in the voters,” Johnson said in his victory speech Saturday night. “And in every case, I have not been let down. Ever.”

Johnson, a member of the Mountain View Church of Christ in Dallas, captured 56 percent of the vote a runoff election on June 8.

In defeating Dallas City Council member Scott Griggs, Johnson “campaigned on bringing the city together to solve its nagging problems, effectively casting Griggs as a dangerous divider who would set the city backward,” the Dallas Morning News reported.

Posted by Church of Christ at Mountain View on Monday, June 17, 2019

The little boy from a working-class family attended first grade at C.F. Carr Elementary School — within walking distance of the Dallas West church — before receiving a Boys and Girls Clubs of Greater Dallas scholarship to attend a private school. He later earned degrees from three Ivy League universities.

Johnson’s first-grade teacher, Lea Ann Aderhold, was among friends and family who joined him at Sunday’s church service.

“His first Sunday after being elected, he wanted to come back home and just let people know how much he appreciated them and say thank you to everybody.”

“His first Sunday after being elected, he wanted to come back home and just let people know how much he appreciated them and say thank you to everybody,” Dallas West elder and minister Sammie L. Berry said. “It was most definitely intentional, him being there.”

Berry, who has known Johnson for 40 years, talked in his sermon about Joseph’s Old Testament rise “from the pit to the palace.” The minister drew parallels with the then mayor-elect of the nation’s ninth-largest city. 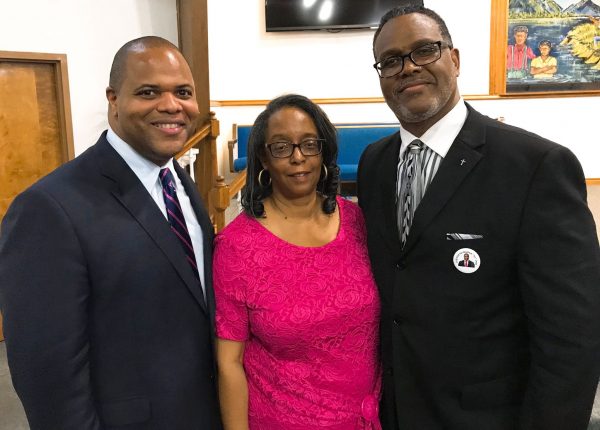 “In a lot of people’s minds, West Dallas was the pit of the city of Dallas,” Berry told The Christian Chronicle. “And for him to grow up in an area that’s basically below the poverty level — a lot of poverty, a lot of crime — and then to ascend to the office of mayor of Dallas is a great, great story.”

Despite his achievements, Johnson never has forgotten his humble beginnings or those who helped shape him, said state Rep. Carl O. Sherman Sr., a fellow Democrat who is senior minister for the Hutchins Church of Christ, south of Dallas.

At the same time, Johnson has kept his priorities straight, always putting God first and his family second, Sherman said. 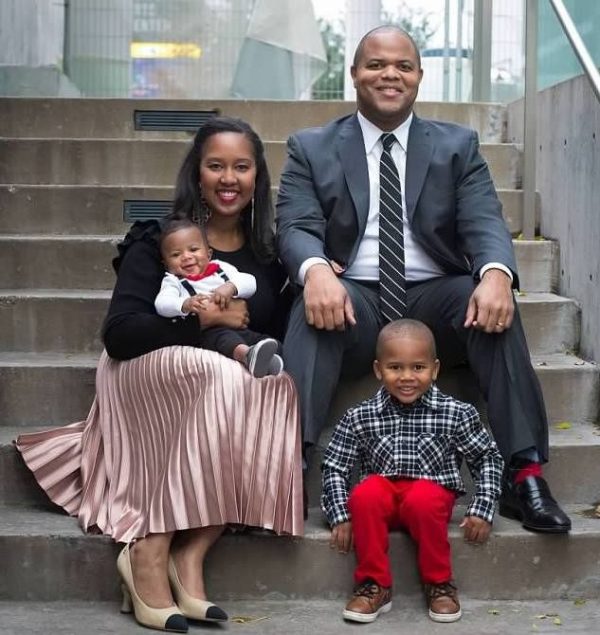 Eric and Nikki Johnson, with their sons, William, 4, and George, 1.

“Even though he hasn’t been attending Dallas West since he graduated from high school, he has often sent contributions back,” Berry said. “And these are substantial amounts. These are not $40 and $50 checks — they’re into the thousands of dollars.”

Dallas County has the most adherents of Churches of Christ (32,254) of any county in the nation, according to a national directory published by 21st Century Christian, based in Nashville, Tenn. Its 91 congregations tie for third with Davidson County (Nashville) and rank behind only the 113 Churches of Christ in Harris County (Houston) and 92 in Los Angeles County.

Since last year’s fatal shooting of Botham Shem Jean, a Dallas West church member, by an off-duty police officer, Morrison has been active in calling for justice.

Thank you, @CityOfDallas. I am ready to get to work for you. pic.twitter.com/0aA2aFHwou

“First, we give glory to God for his successful campaign,” Morrison said, voicing hope that Johnson will bring “fresh, progressive and aggressive approaches” to dealing with the city’s myriad challenges. “As a minister in the city of Dallas and a member of Churches of Christ, I am proud to say that Eric is our city’s top politician. His election inspires a sense of hopeful optimism that some of our best days are still to come.

“It is my prayer that, in all things, Mayor Johnson will lead the city in a way that is fair and equitable for all and glorifies God,” the minister added. “I can say, on behalf of the Dallas-area Church of Christ leaders, that we proudly and eagerly look forward to supporting and working with Mayor Johnson as he leads our city forward.”

Johnson was sworn in as mayor on June 17.