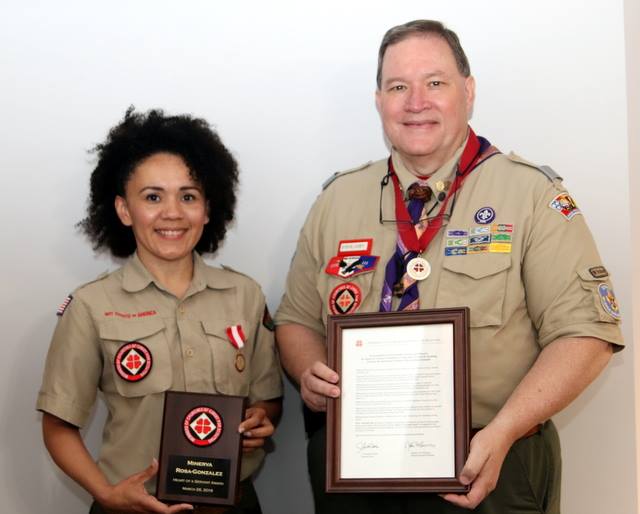 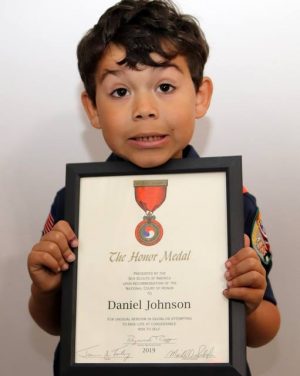 Daniel Johnson with honor presented by the Boy Scouts.

Minerva Rosa-Gonzalez (pictured above with Steve Leddy, national chairma of Members of Churches of Christ for Scouting), and her son Daniel Johnson, for jumping into action during the Sept. 24, 2017, mass shooting at the Burnette Chapel Church of Christ in Antioch, Tenn.

Rosa-Gonzalez, a den leader in Cub Scout Pack 54, chartered by Ezell-Harding Christian School, received the Boy Scouts of America Heroism Award and Daniel the Honor Medal for their life-saving actions. At the same ceremony, Rosa-Gonzalez was presented with the Members of Churches of Christ for Scouting’s Heart of a Servant Award. 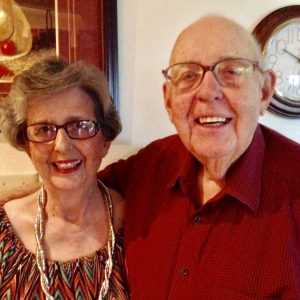 Robert and Anne Carter at the Childress church.

Robert and Anne Carter, moving to Amarillo, Texas, after 46 years of service as an elder and elder’s wife for the Childress Church of Christ in Texas.

Terrell Lee, as Alumnus of the Year by Harding School of Theology in Memphis, Tenn. Lee is minister for the Reidland Church of Christ in Paducah, Ky.