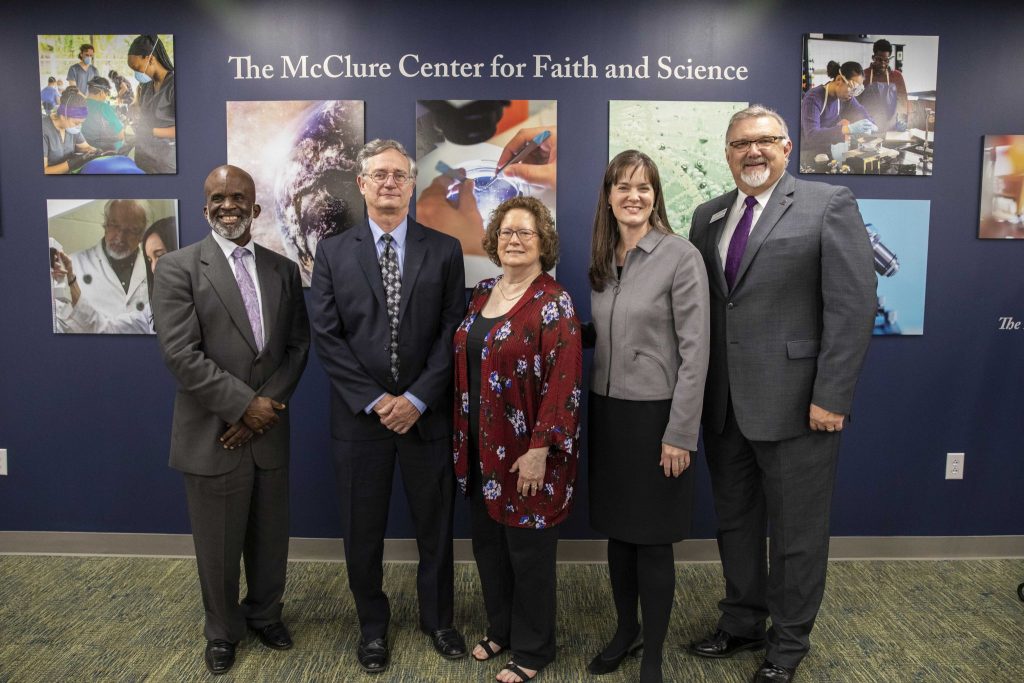 Lipscomb's McClure Center for Faith and Science offers a space for students to explore the intersection of the spiritual and physical.

Related: Science vs. Scripture? It doesn’t have to be that way, biology prof writes

The center — located within the Nashville, Tenn., university’s McFarland Science Center — is made possible in large part by Dr. Robert McClure and his wife Brenda, alumni and regular donors who took a strong interest in the intersection of faith and science.

The McClures have also funded the establishment of the McClure Endowed Professorship in Faith and Science as well as other capital projects in McFarland Science Center at Lipscomb. They attend the Graymere Church of Christ in Columbia, Tenn. Robert — who holds degrees in biochemistry and divinity — operates a gastroenterology practice.

“Biblical interpretation is an integral part of our faith,” McClure said in the press release. “We interpret science by observation, thought, experimentation and further observation. When I read passages in the Bible or heard things taught from the pulpit that weren’t consistent with modern scientific understanding, it was a problem for me and I knew there had to be a better way of looking at these Scriptures.”

David Holmes, dean of Lipscomb’s College of Liberal Arts and Sciences, said there is a fundamental connection there.

“The Christian liberal arts are about freedom, ultimately,” he said. “The classical liberal arts are about intellectual freedom. The Christian faith is about spiritual freedom. We greatly appreciate his (McClure’s) passion for the intersection of faith and science, for our work here at Lipscomb and to ensure that generations of students to come will be impacted by this conversation.” 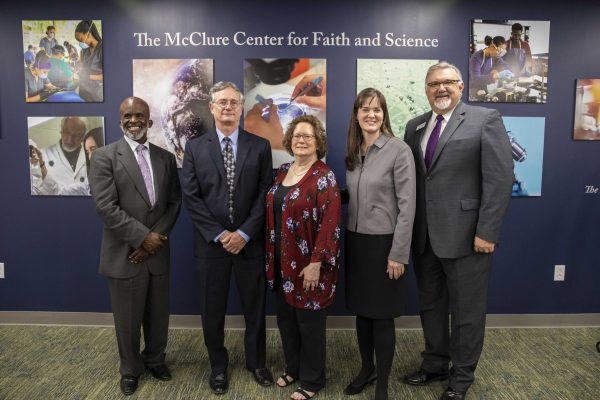 From left to right, David Holmes, Robert and Brenda McClure, President Candice McQueen and Kent Gallaher attend the dedication of the McClure Center for Faith and Science Dec. 2.

And to McClure, it’s a conversation that needs more educated voices.

“It seems that often controversy emerges in these areas because those who tend to yell the loudest about it have the least understanding of either the theological aspects or the scientific aspects of an issue,” he said. “We need a place like this center to reach a better understanding, to be able to engage and a space for discussion and learning. We should strive for the best of biblical engagement and the best of scientific engagement.” 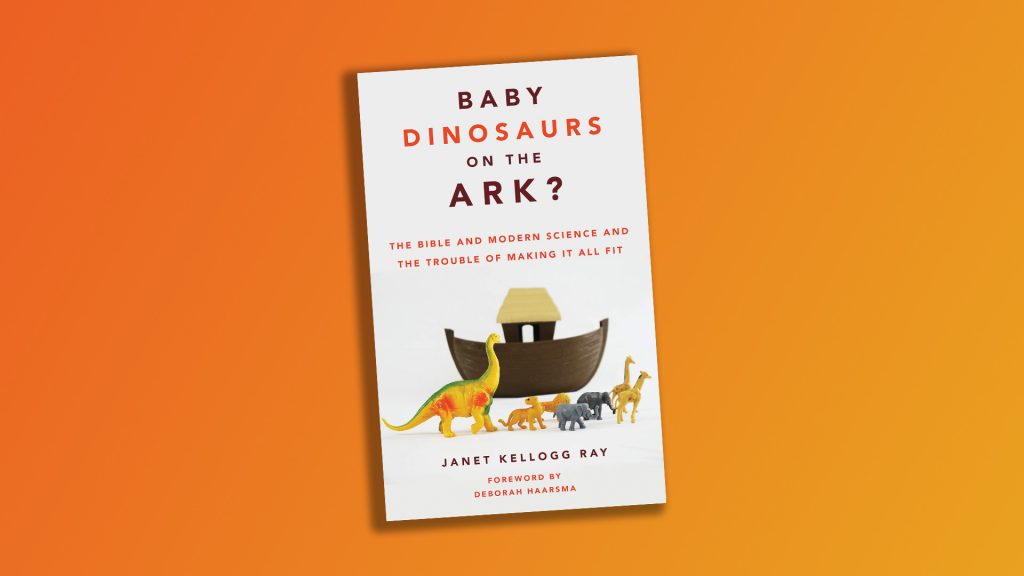 Walk into a Christian bookstore these days and you’ll find…

For Scott Freeman, the findings are a call to action.…