Camp Balchyoca, an annual Bible camp in the Eastern European nation of Estonia, was founded in 1995 — four years after Estonia gained independence from the Soviet Union and one year after a Church of Christ was born in Estonia’s capital city, Tallinn.
Now, some of the first campers have taken oversight of the event, which this year served 180 youths from Estonia, Russia and Finland. 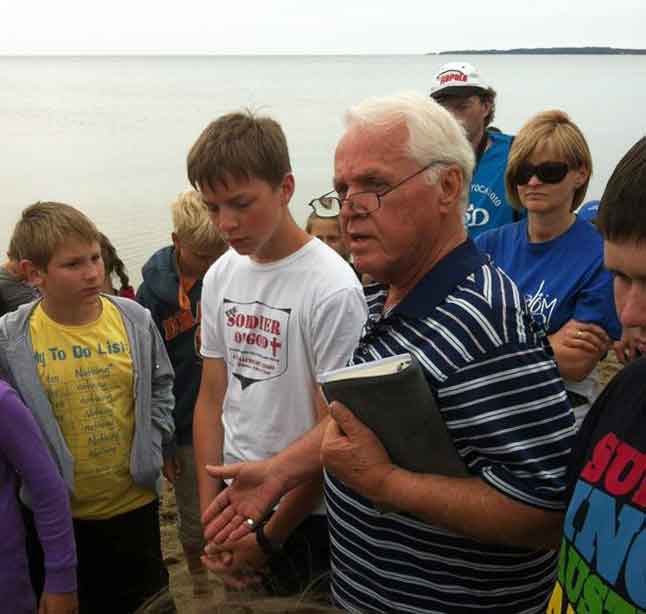 Royce Sartain speaks before a baptism in the Gulf of Finland. (Photo provided)

“For the past few years, the directing of the camp was primarily done by Nikolai Vasjutin, preacher for the Tallinn Congregation,” said Royce Sartain, a U.S. church member and longtime supporter of the work in Estonia, “but this year two young people from among the first campers in 1995 directed the camp.”
The directors were Anna Vasjutina, who recently completed a master’s at the University of North Texas in Denton, and Asea Lezina, a senior at Abilene Christian University in Texas.
The Rolling Hills Church of Christ in DeSoto, Texas, directed the camp in the early years, followed by the 4th and Elm Church of Christ in Sweetwater, Texas and finally by the McDermott Road Church of Christ in Plano, Texas.
This year,  “all the planning, theme choice and preparation was done by the young Christians of the Tallinn and Tartu congregations,” Sartain added.
This year’s theme was “Freedom” from John 8:31-32. The young man who suggested the theme, Igor, was baptized during camp in the Gulf of Finland. His mother, Kate, was one of the first people to be baptized in Estonia in 1994.
Church members from the U.S. helped, including workers with the Let’s Start Talking ministry.
The camp’s purpose is threefold, Sartain said.
It is “an outreach by the church in order to teach young kids about Jesus, who for the most part had not heard of him.” Other goals are “to engage U.S. Christians in the work of taking the Gospel to the region” and “to have an effect on the culture by involving Estonian, Russian and  American kids in a camp setting.”
“The challenge was great, but the outcome has been amazing,” Sartain said. 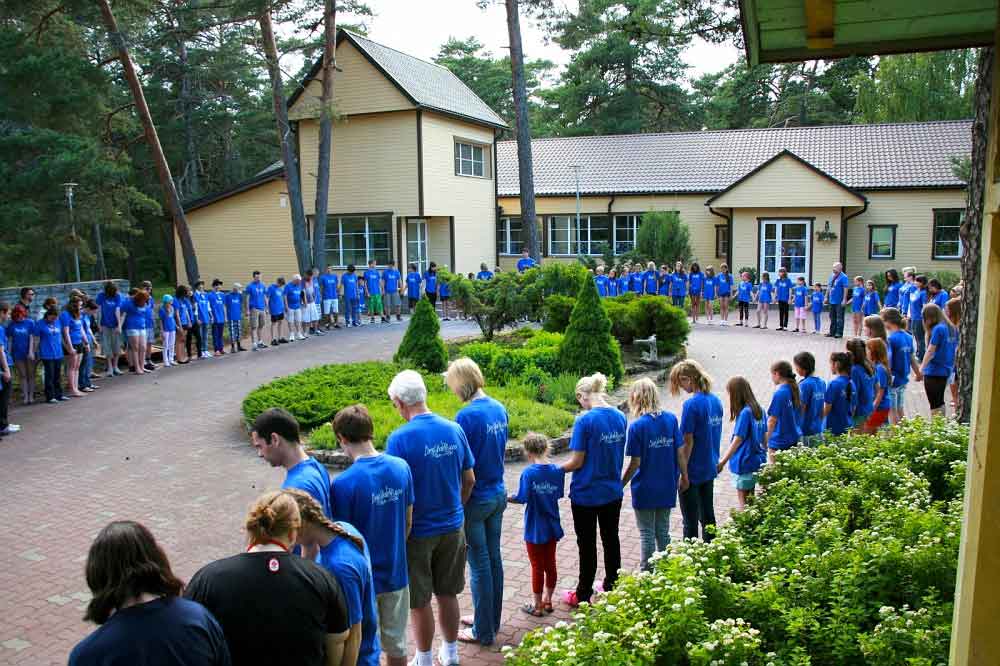 Campers pray before a meal in Estonia. (Photo provided)