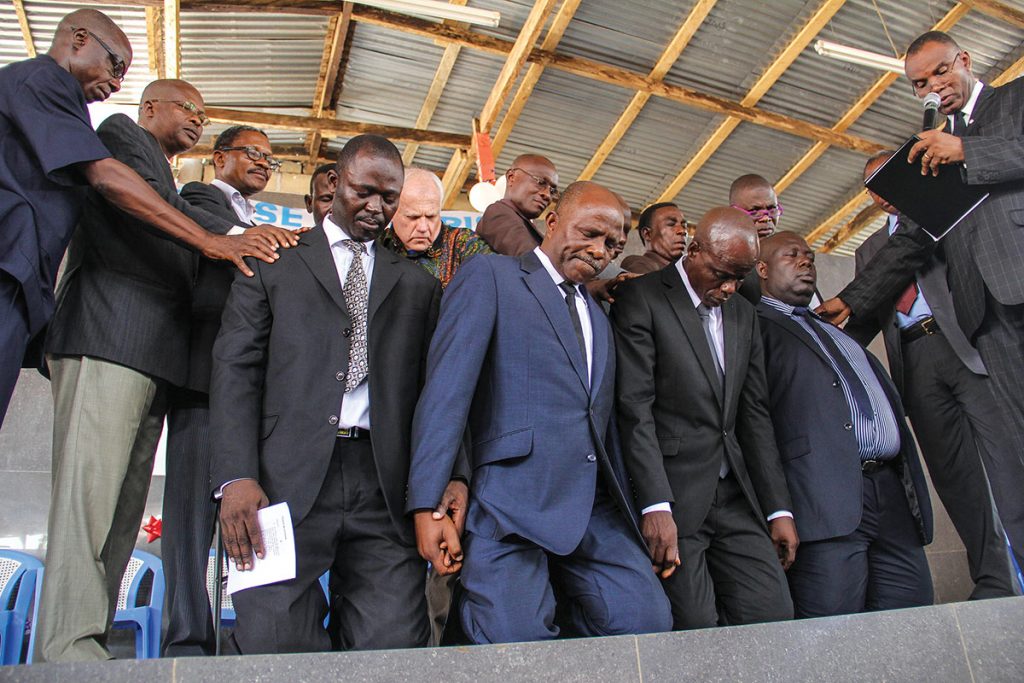 In West Africa, a church charges its first elders to love and serve God’s children ‘as Christ has loved you.’ 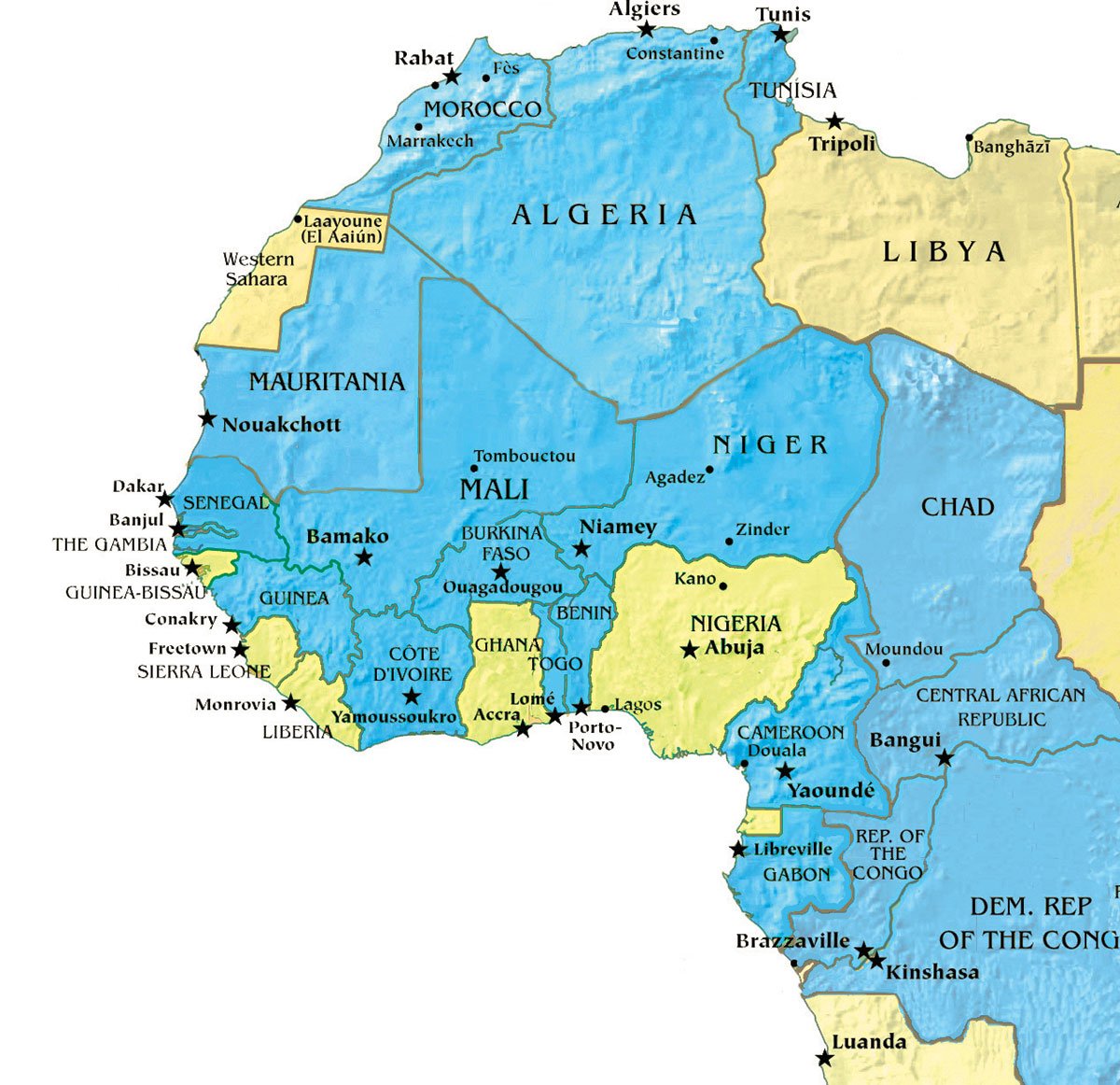 The small, West African capital, Lome, Togo, and the nations in blue are French-speaking, Here, Churches of Christ are fewer in number than those in the yellow, English-speaking nations. (GRAPHIC BY ERIK TRYGGESTAD)

Crouched on their knees, heads bowed, eyes shut, the four elders of the Nukafu Church of Christ grasped each other’s hands.

Above them, a line of preachers asked God to grant the newly appointed leaders wisdom and strength as they shepherd a flock of 225 souls in this West African capital.
“I charge you to love and serve Christ’s people … as Christ has loved you,” George Akpabli, a ministry trainer from neighboring Benin, told the elders. “Open your life to them, sharing their joys, their burdens, their labors, their faith.” 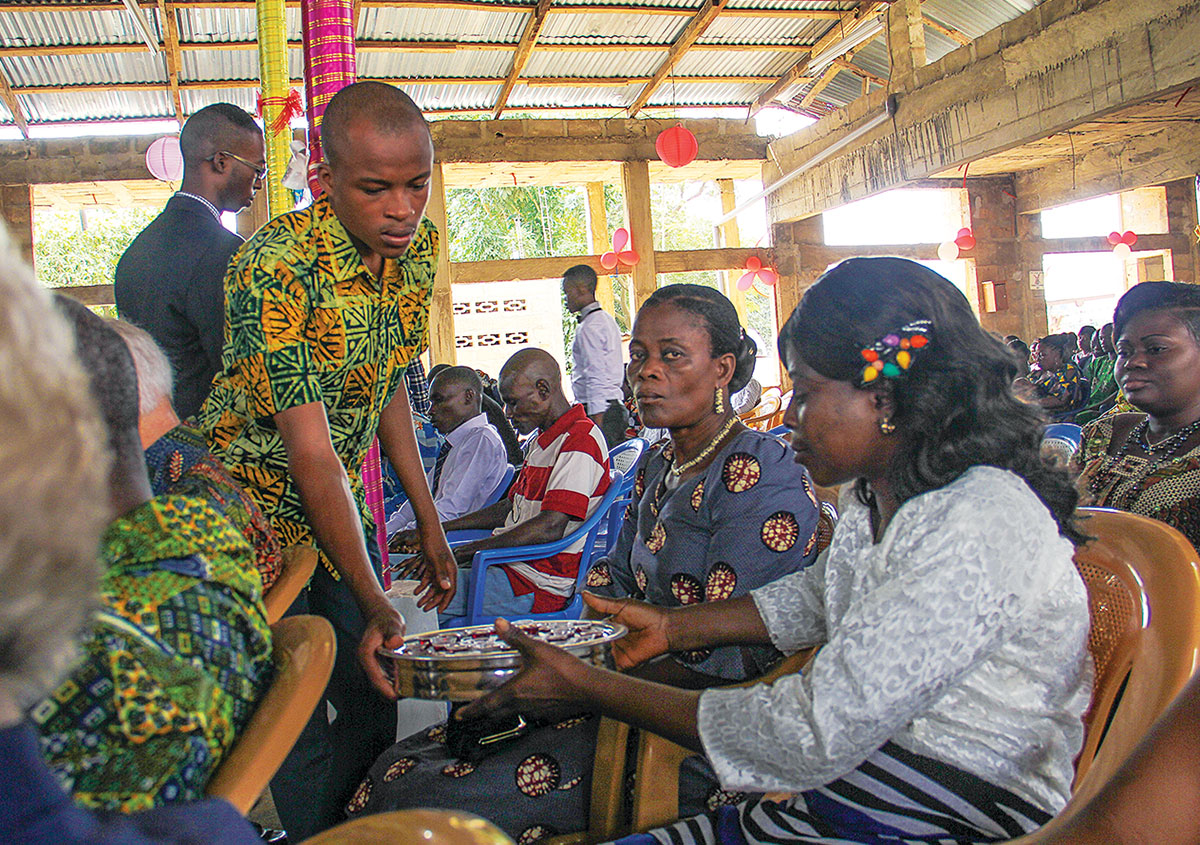 More than 600 people from across West Africa shared communion and sang praises during Sunday worship before the installation of the church’s elders. (PHOTO BY ERIK TRYGGESTAD)After the prayer, the four men rose and gave a similar charge to four younger men — the church’s first deacons. Then a group of still younger Christians took the stage — and taught them all a lesson.
Setting up rows of plastic chairs, members of the church’s youth group formed a tiny congregation, singing hymns and praising God in a mix of French and Ewe, the local language.
One of the youths, portraying the preacher, announced that four of his peers would serve as the church’s elders. The youths quickly changed the scene to one of the elders’ homes.

The elder, played by teenager Basile Kpeto, talked to his wife, played by Akpene Koudanou, and, after some discussion, began strutting around the stage.
“He is saying, now that he is an elder, perhaps he should carry himself in this fashion,” said Martin Adjevi, a minister from Ghana. Seated on the front row, Adjevi and his wife, Marie, translated the skit into English for visitors from the U.S. — who struggled to hear them over the audience’s laughter.
“Now he’s firing everybody,” Adjevi said, stifling a chuckle at the youths’ over-the-top performance. Soon, the self-appointed “head elder” was seated at the front of the mock congregation, heckling the preacher as his wife sent text messages from her phone. 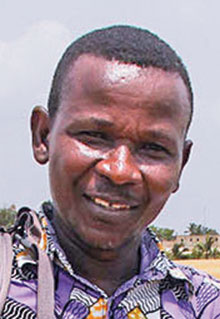 Esperance MensahEsperance Mensah, the church’s minister, helped the youths write the skit — a cautionary tale for his new elders about godly leadership run amok.
It wasn’t what Komlan Noukounou, one of the four men appointed to lead the church, expected to witness during the installation ceremony.
“I was very shocked,” he said, but “I know that good people today can become bad people tomorrow.” The skit stressed that the church’s new leaders “have to put our house together, to move forward together for the glory of God.” 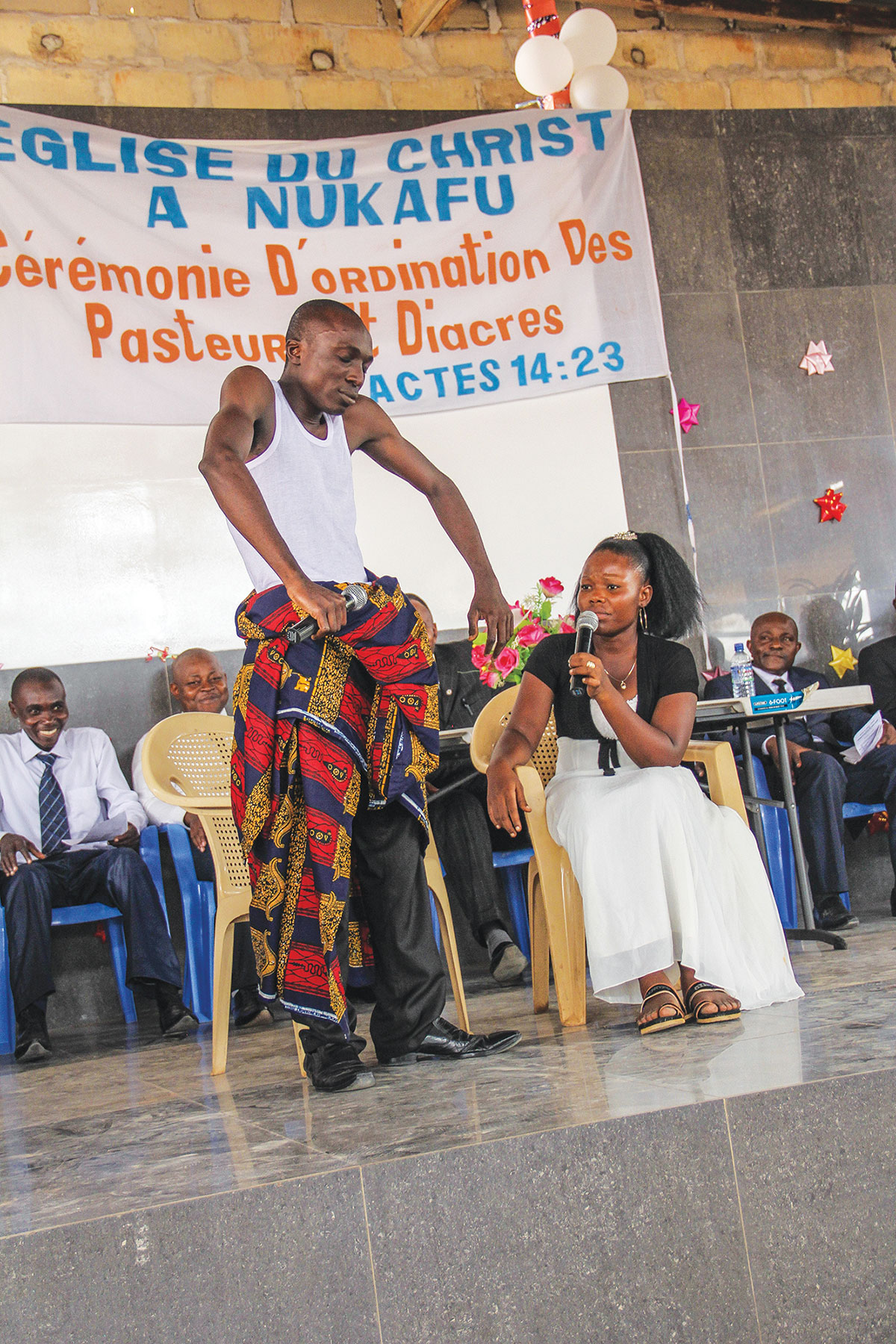 Youths including Basile Kpeto, left, and Akpene Koudanou perform a skit about an elder who thinks too highly of himself and destabilizes the church. (PHOTO BY ERIK TRYGGESTAD)


A 42-YEAR PRAYER ANSWERED
It was a day of celebration for the “mother church” in Togo, a tiny, narrow, former French colony sandwiched with Benin between the English-speaking nations of Ghana and Nigeria.
Launched 42 years ago by a handful of Togolese and Ghanaian Christians, the Nukafu church has birthed congregations throughout this country of 6.6 million people, now home to about 40 Churches of Christ.
Christians from across the region — dressed in a mix of Western suits and vivid, African apparel — gathered for the celebration. Church members coiled glossy ribbon around the building’s pillars and adorned its stage with stick-on Christmas bows. 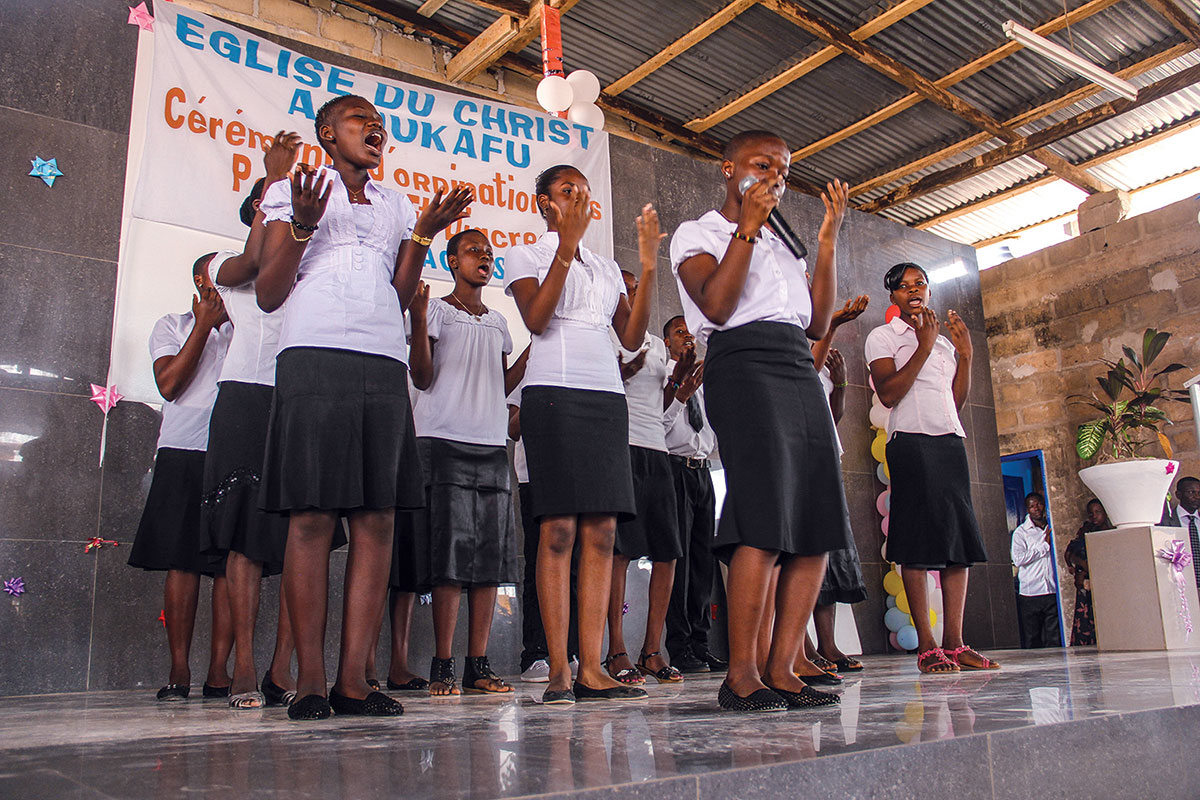 After Sunday worship, a chorus of young women sings as the Nukafu church celebrates the installation of its first elders and deacons. (PHOTO BY ERIK TRYGGESTAD)After Sunday morning worship, vocal groups performed as church members in the crowd — including the elders’ wives — clapped and whooped in appreciation of God’s blessings.
Holding video cameras, cell phones and iPads above their heads, the Christians snapped photos of Paul Gbedemah, a gray-haired Togolese who stood on the stage alongside his family — his traditional robes barely brushing the tops of his dress socks.
Known as “Tall Paul,” he helped plant the congregation in Lomé after studying ministry at a school of preaching in Ghana’s capital, Accra. Walter Bryan, a visiting minister from the U.S., agreed to help him find support. As they traveled across America, Bryan and his wife, Ruth, raised funds for the work. 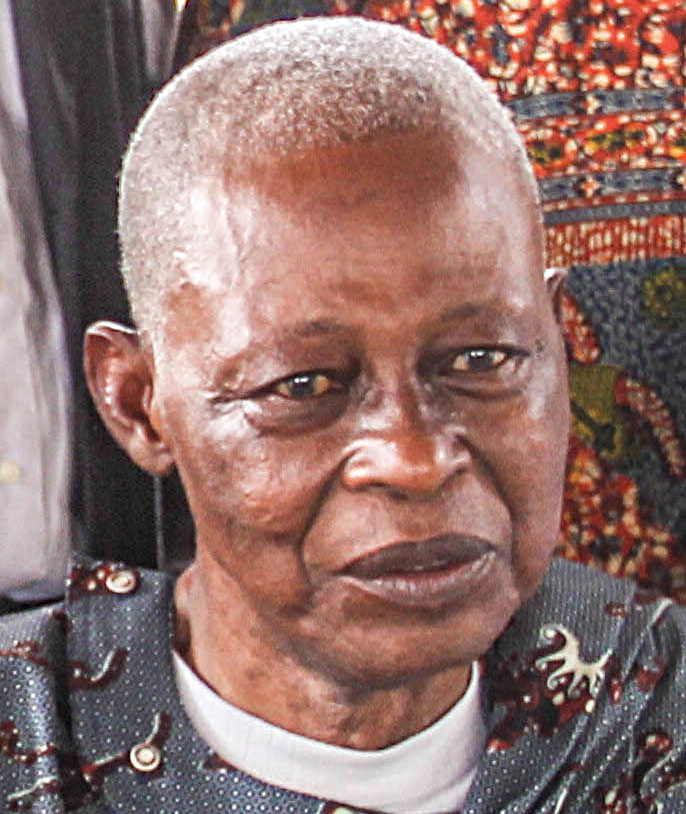 Paul GbedemahBut the Togolese congregation lost most of its members when a totalitarian ruler made it illegal to worship in a church not registered with the government.
Heartbroken, Gbedemah went to the Nsawam Road Church of Christ in Accra and “made his own Macedonian call for us to come and help him,” said George Akpabli, a Ghanaian evangelist.
Akpabli responded to that call, moving to Lomé in the mid-1980s and working with Gbedemah and a small group of believers who met in secret.
For many years, the church struggled to survive. Gbedemah was arrested for leading an unlicensed congregation when he attempted to apply for a visa to attend a church conference.
Eventually, Togo’s government changed and the church gained legal status. Togolese ministers, including Dey Adomekoe and Koffi Koudahe, helped build up the Nukafu church before establishing congregations in other parts of the country. 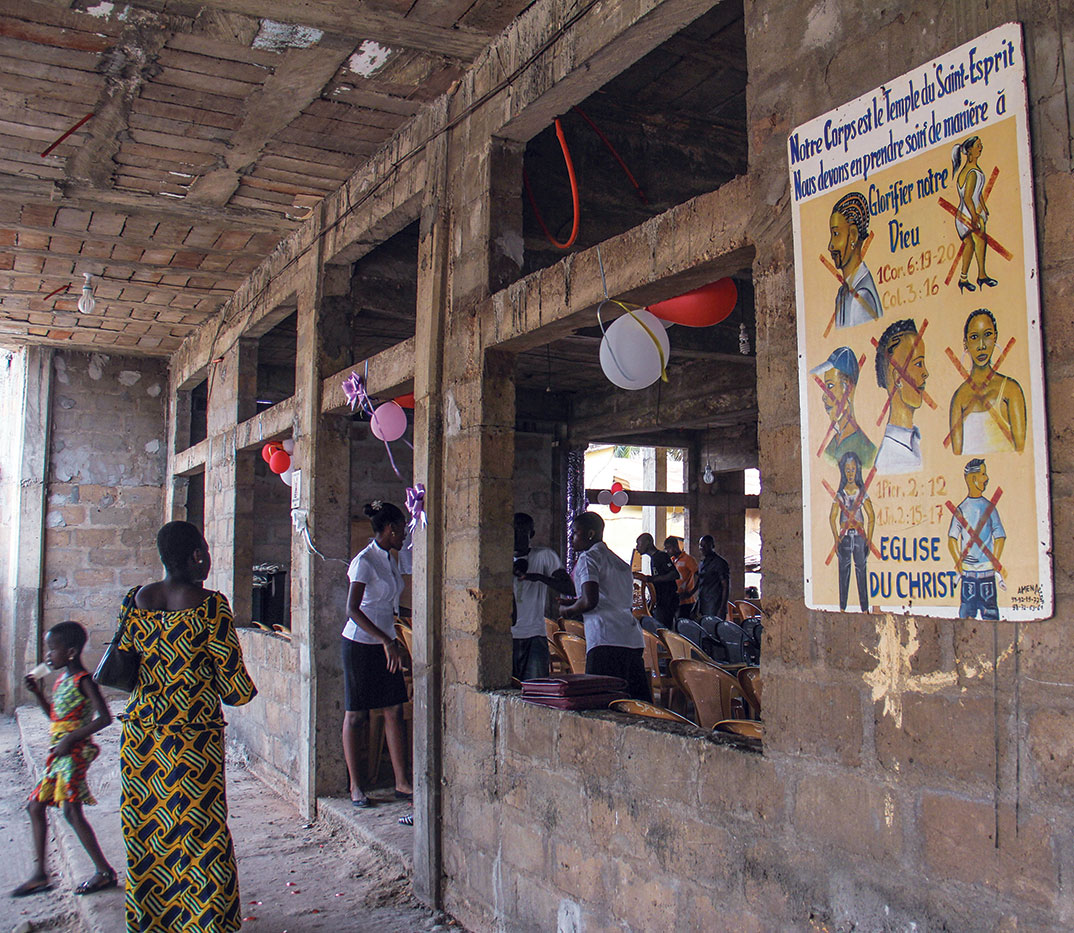 A sign outside the Nukafu church tells congregants that their bodies “are temples of the Holy Spirit” and displays clothing unacceptable during worship. (PHOTO BY ERIK TRYGGESTAD)

Bryan and other church members from the U.S. visited regularly, and their fundraising efforts became the African Mission Fund, overseen by the Wilshire Church of Christ in Oklahoma City and supported by congregations across the country.
In 1995, Akpabli moved to Benin and launched the Bible Training Center, which prepares men for ministry in French-speaking African nations. Esperance Mensah, a native of Togo, was a top student at the the school. He stayed in Benin and worked with Akpabli, training dozens of preachers for his home nation.
A few years ago, after the death of the Nukafu church’s pulpit minister, Mensah returned to Togo to preach for the church. He helped launch a radio ministry, with support from World Radio Gospel Broadcasts, and a Christian primary school that meets in the church building, with support from the African Mission Fund. 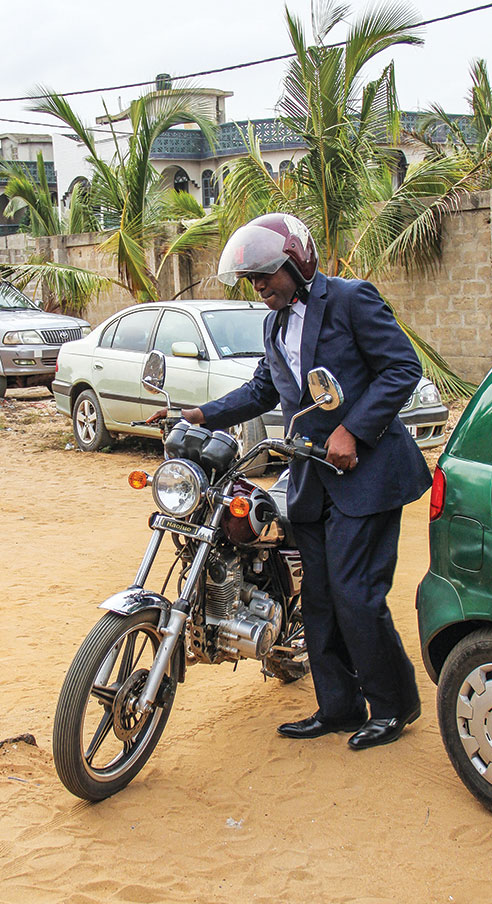 After a celebration lunch, elder Hubert Komede Matri heads home. (PHOTO BY ERIK TRYGGESTAD)Mensah also helped prepare the congregation to install elders and deacons. Akpabli and missionaries from the U.S. taught classes on the leadership practiced in the first century church, described in New Testament books including Titus and 1 Timothy. The church chose four men — Noukounou, Ishmael Saffo-Addy, Komede Hubert Matri and Mensah Joe Gbenyo — to serve as its first elders.
Gbedemah, now 74, respectfully declined to serve as an elder — a task for younger men, he said.
At the ceremony, he thanked his wife — who established a vibrant women’s ministry for the church — his fellow evangelists and U.S. supporters including Bryan, who died four months before the installation at age 100.
Seated on the front row, Marie Adjevi paraphrased “Tall Paul’s” tearful remarks in English.
“What he wanted to see, he has seen with his own eyes,” she said. “So he can die today. He thanks God that he lived to see this day.”

THE FUTURE OF THE CHURCH
The night after the installation, the four elders gathered in the home of Samuel and Patricia Ayim for dinner. Samuel Ayim, a banker and native of Ghana, is a member and steadfast supporter of the Nukafu church. 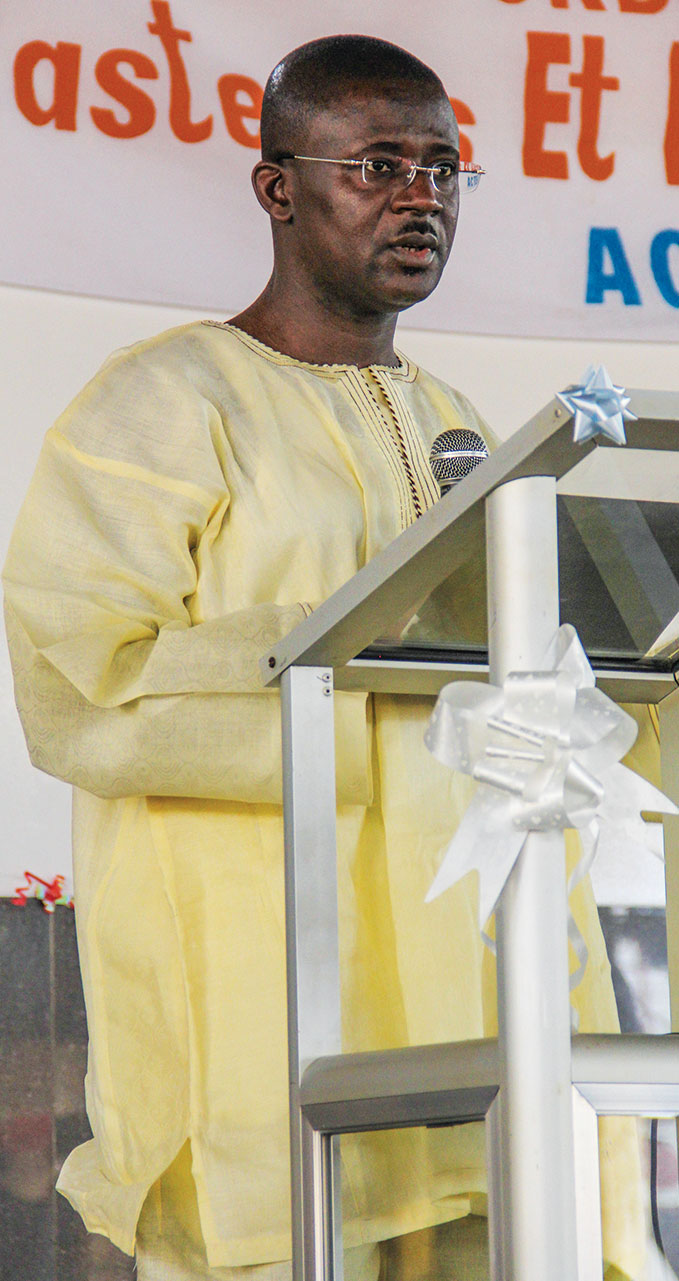 Samuel Ayim offers a devotional before the Lord’s Supper. (PHOTO BY ERIK TRYGGESTAD)They discussed the future — their concern that growth among Churches of Christ in West Africa seems to have slowed in recent years and their desire to keep young Christians motivated and evangelistic.
Since their installation, the new elders have taken oversight of the church’s ongoing projects, including the expansion of its building, Mensah said. They hope to “create a setting of encouragement for the craftsmen and other workers in the church,” he said.
The elders oversee Bible classes for visitors and newly baptized Christians and are developing initiatives to help church members become mature followers of Christ.

Komlan Noukounou said that he and his fellow elders pray for the young men who portrayed them in the cautionary drama — that one day they will take the stage again as they become the next generation of deacons and elders.

“We are committed to work hard to keep the church going,” Noukounou said, “to do our work with humility … to make this church a source of blessing to many people.”

INSIDE STORY: An expensive soul gets new life in Togo 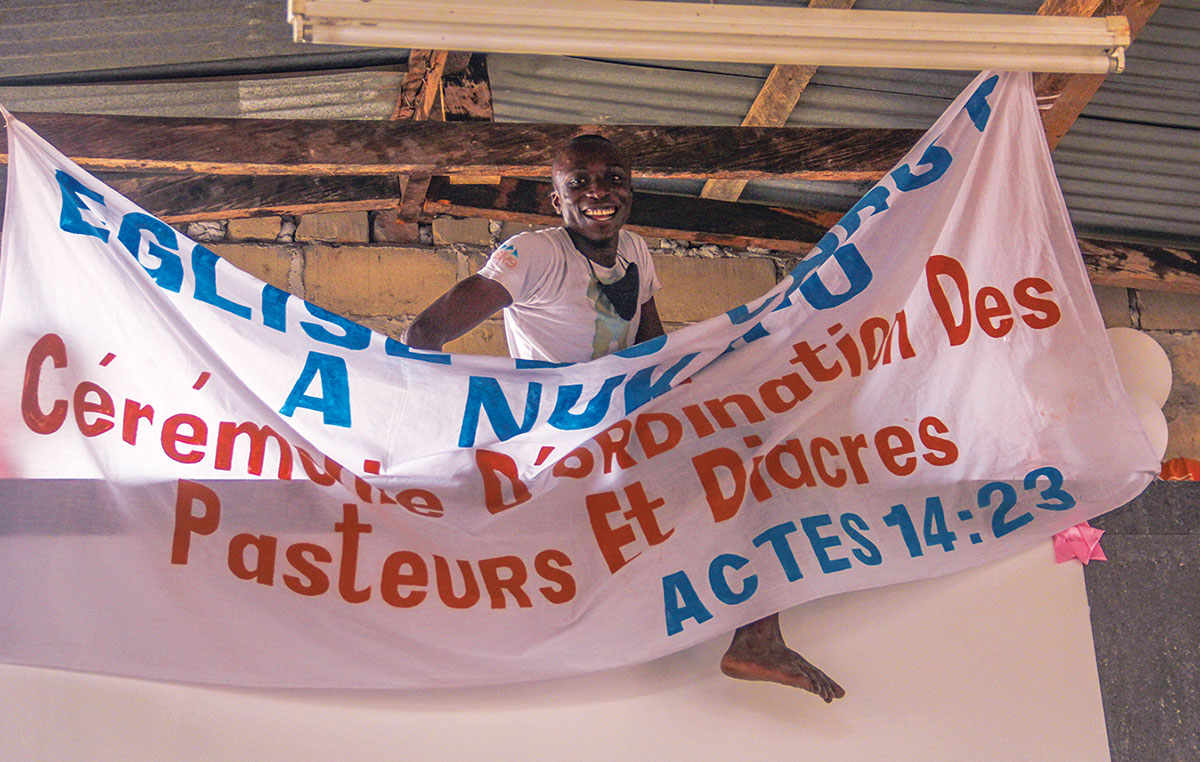 Church members hang a sign before the elder installation, citing Acts 14:23, “Paul and Barnabas appointed elders … in each church and, with prayer and fasting, committed them to the Lord, in whom they had put their trust.” (PHOTO BY ERIK TRYGGESTAD)