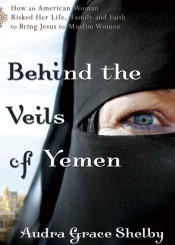 Kimberly Mauck
MEMOIR
Audra Grace Shelby. Behind the Veils of Yemen: How an American Woman Risked Her Life, Family, and Faith to Bring Jesus to Muslim Women. Grand Rapids, Mich.: Chosen Books, 2011. 238 pages. $13.99.
A Baptist missionary in the Middle Eastern nation of Yemen for nine years, the author was able to physically see beyond the veils of Muslim women. This book is both a memoir of a missionary mother and cultural insight for Americans on Muslim women.
CURRENT EVENTS
Liao Yiwu. God is Red: The Secret Story of How Christianity Survived and Flourished in Communist China. New York: HarperOne, 2011. 256 pages, $25.99.
Although China is still predominantly atheist, this book shows how Christianity has become the country’s No. 1 formal religion, surpassing both Buddhism and Taoism. Written by a Chinese journalist, author and poet who has been imprisoned, this book transcribes touching interviews with persecuted Chinese Christians.
Bradley R. E. Wright. Upside: Surprising Good News About the State of Our World. Grand Rapids, Mich.: Bethany House, 2011. 255 pages. $14.99.
Jihads, civil wars, abortion. Is the world today worse than it’s ever been? Wright, a sociologist, surveys research in fields including health, the environment and families. He concludes that individuals have worked hard for social betterment — and have succeeded.